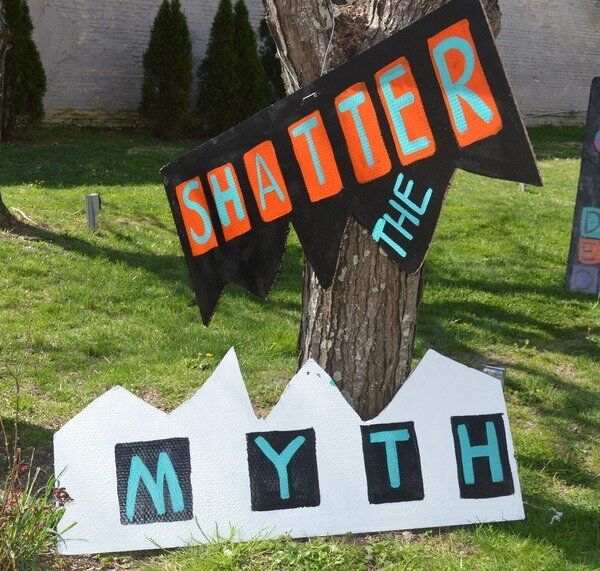 A sign posted in Nibroc Park encouraging participants to shatter the myths surrounding drug use. | Photo by Jarrod Mills 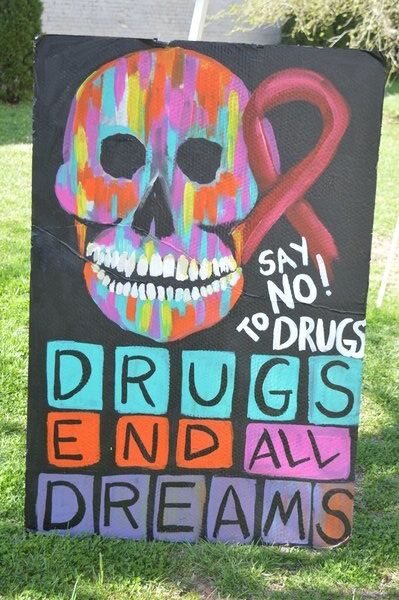 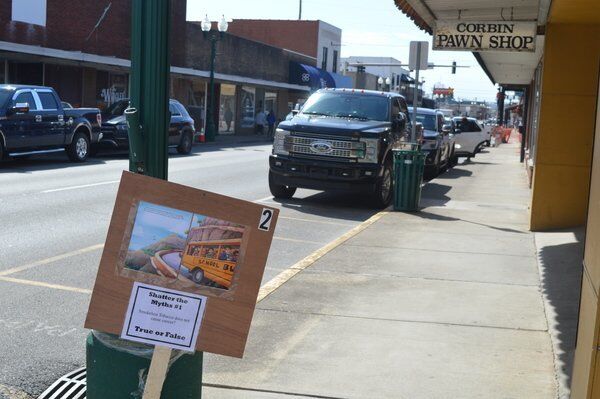 Participants in the story walk meant for older kids were encouraged to answer whether myths found along the walk were true or false. | Photo by Jarrod Mills 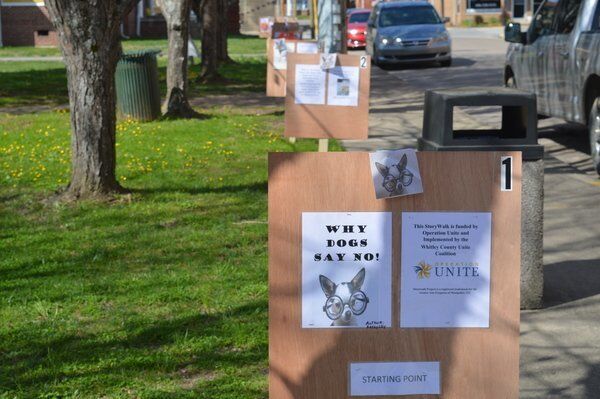 A sign posted in Nibroc Park encouraging participants to shatter the myths surrounding drug use. | Photo by Jarrod Mills

Participants in the story walk meant for older kids were encouraged to answer whether myths found along the walk were true or false. | Photo by Jarrod Mills

Throughout the week of March 22-28, the National Institute on Drug Abuse (NIDA) is hosting several events all around the United States. The NIDA started the annual, week-long, health observance event as a way to inspire dialogue about the science of drug use and addiction among children.

The Whitley County Health Department along with Whitley County UNITE are hosting a similar story walk in Williamsburg’s Bill Woods Park on Thursday, April 1. All are encouraged to part in the walk that will be available from 2 p.m. - 6 p.m. *The event was originally scheduled for Thursday, March 25, but due to expected rain was postponed.

With events like story walks, Health Educator Kathy Lay and the health department are doing their part in helping spark conversations between parents and their children about saying no to drugs.

“It’s just giving them the coping skills to say 'no' and to stand up for themselves more,” Lay said on the walk in Nibroc Park, also noting how story walks are not only a great way to get moving by walking from board to board, but in helping young children improve their literacy skills by reading the story boards.

Tuesday’s story walk featured two stories, one for younger children with each board depicting a portion of the story “Why Dogs Say No,” written by Lay. The boards lined the sidewalk circling Nibroc Park and children were encouraged to fill out a paper provided by Lay on with the name of each of the dogs found throughout the story. Once the paper was filled-out, children could then turn the paper back into Lay at the end of their story walk and receive a goodie bag.

The second story, “No Thanks” by Erainna Winnett and illustrated by Somnath Chatterjee, was meant for older children and was posted on boards starting on Main Street. That specific story walk featured common myths surrounding drug use along with sections of the story. It continued along Fifth Street, Depot Street, circling around to First Street before ending. Much like the story walk for younger children, participants were encouraged to fill out a paper marking whether each of the common myths found along the walk were true or false. Those papers could then be turned into Lay for a goodie bag.

Lay says the dialogue between children and their parents while participating in the story walks are key. She says the topic of drug use is something that should be revisited regularly in conversation as kids get older.

“Peer pressure is so tremendous now for kids, because they want to fit in,” she said. “They want to feel like they’re wanted, or they’re apart of something.”

Lay also mentioned the importance of parents setting an example by modeling the behavior they wish to see in their children when it comes to drug use. Communicating specifically what children can say or do when offered drugs can help children have the courage to say no should they find themselves in that situation, she says.

“You’re tying to teach your kids values and morals. Of course, it doesn’t always work, but you’re trying to teach them skills for when they are being pressured on what they should do,” noted Lay.

Health officials say keeping tabs on who children hangout with and who they engage with online is also important in helping children avoid drugs, especially with the increased use of social media by younger children.

“I think social media definitely plays a role in what kids are doing. Parents need to be involved in that and knowing who they’re talking to,” commented Kelsey Dewees, a Harm Reduction Case Manager with the health department.

Dewees later added that social media can also be a tool in helping keep children informed on the dangers in drugs, what’s going in their communities, and about events like the story walk.

And while there is an abundance of data and statistics surrounding the growing trends of drug use by children, Lay says it’s important to be mindful of the positive data and figures, as well. Boards displaying encouraging messages like, “I am one of the 97% of high school students who don’t mouse opioids,” and others were also found in Nibroc Park Tuesday.

“We hear about all of the bad things that’s going on with kids getting hooked, but there’s a lot of kids that are not using drugs,” Lay said. “So parents are doing something right.”