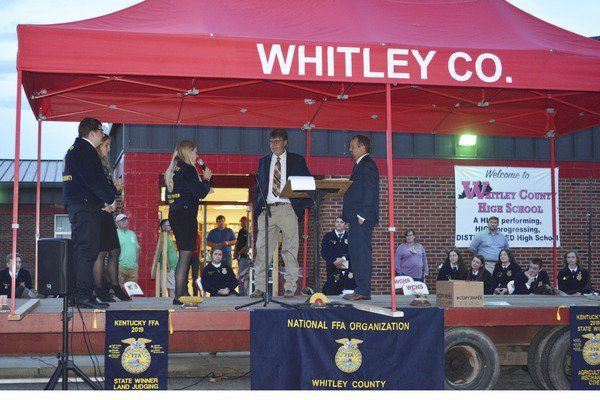 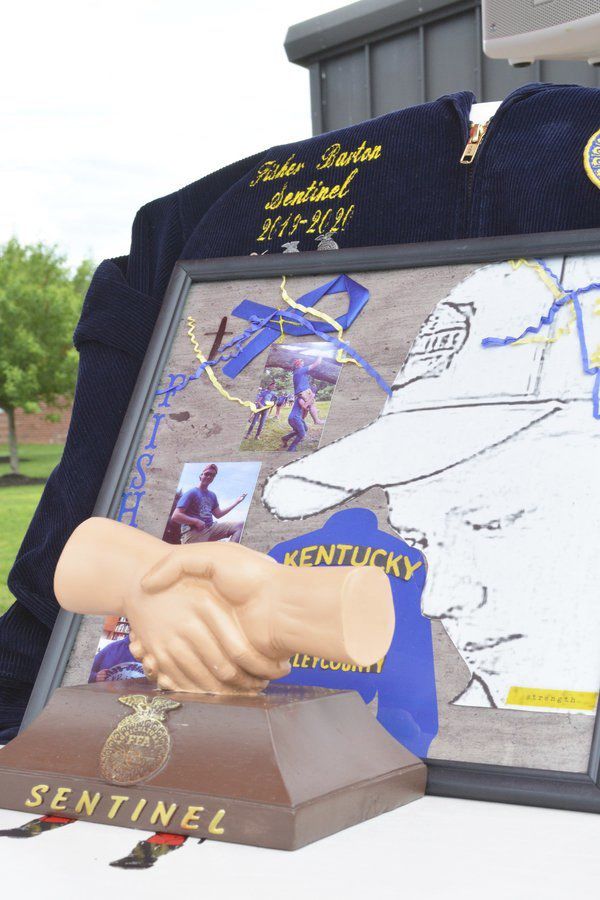 The late Fisher Barton was honored for his service to the program. | Photo by Chandler Powell. 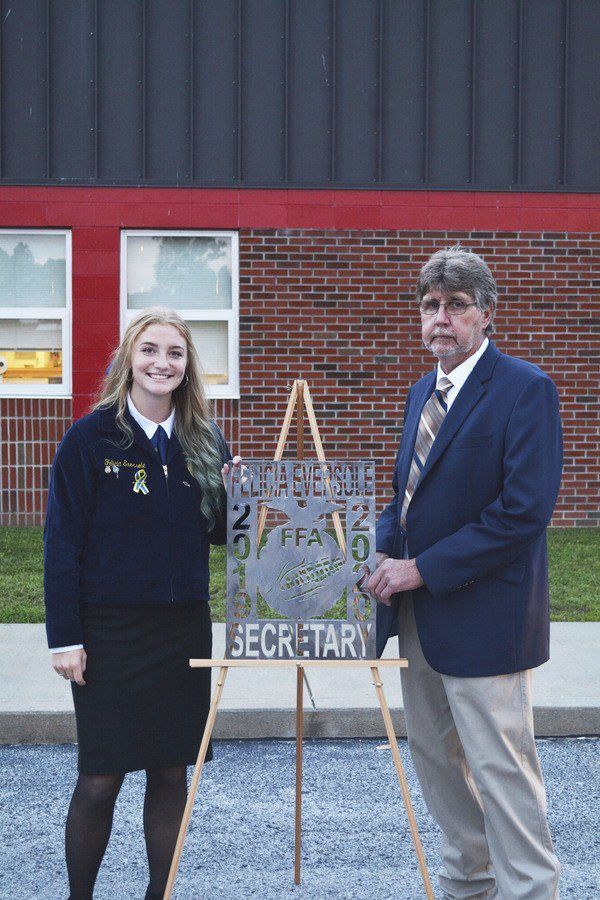 Awards were handed out Tuesday evening to FFA members for their achievements. \ Photo by Chandler Powell. 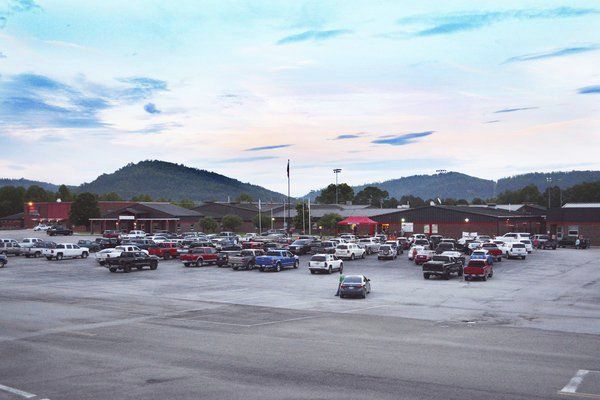 Approximately 100 cars showed up to the FFA drive-in banquet. | Photo by Chandler Powell.

The late Fisher Barton was honored for his service to the program. | Photo by Chandler Powell.

Awards were handed out Tuesday evening to FFA members for their achievements. \ Photo by Chandler Powell.

Approximately 100 cars showed up to the FFA drive-in banquet. | Photo by Chandler Powell.

During the 2019-20 school year, the club had a record number of members with 205. Tuesday night over 100 of them received awards for their success in competition.

Brian Prewitt and Glen Croley are the Whitley County FFA advisors and are very proud of the group. The way FFA works, students are taught material in agriculture classes then they apply that information through contests against other schools in regional, state and national levels.

Prewitt describes the year as one of tragedy and struggle but one of determination and resilience.

Two teams advanced to the national level this year (only second time in school history). The teams were agriculture mechanics composed of Fisher Barton, Austin Huddleston, Bobby Downs, Ethan Steely and Shane Bingham and land-judging, with land-judging being the first time in school history and boasted the highest scores in competitions long rich history. Team members were Naythan Jewell, Chelsey Logan, Leslie Monhollen, Daniel Conway, and Jacob Hensley. Hensley was the high individual and had a near perfect score by only missing one mark which is the highest score in competition history.

The meats evaluation and welding teams placed second in state both of those being highest finish in school history. The school has 7 students advancing to speaking contests at the Kentucky FFA State Convention in June which is the most they’ve ever had. Seven students are competing in state proficiency contests there as well. Students were recognized as retiring officers.

One retiring officer is FFA President Gracie Brashear, who said to put it simply, her last year in FFA has been anything but easy.

Brashear and her classmates in FFA started off the year heads held high, so excited for what they could accomplish, ready to check off each one of their goals that they set at camp over summer.

“Going into school everything seemed to be going perfectly until the passing of Fisher,” said Brashear about the late Fisher Barton. “That shook our world and threw everything off balance. We were devastated.”

But the entire chapter decided that they would do everything the right way and we would do it all for Barton. Because of that dedication, Brashear said they’ve been more successful this year than any of the past three years she’s been a part of FFA.

But then around Christmas, Advisor Glen Croley broke a few ribs and was slated to be out for several weeks.

“That happened right around the time that we were supposed to compete in one of our biggest competitions where he coaches almost all the teams,” she said. “We went without him, and we left that day with two, first place winners.”

Prewitt and Brashear both noted the challenges of the global pandemic. Brashear said when they got out of school they had no idea that they wouldn’t be going back.

They only went a couple weeks without talking and as they had the first Zoom meeting, ideas were coming from everywhere about how to do officer interviews for next year, what to do for Mothers Day, and what to for the banquet.

“Of course, I was not surprised by that. That is exactly what this years officer team had become great at: making the best of every horrible situation,” Brashear said. “We tried our hardest to make sure that no matter what happened we still gave it our all and had the outcome that we deserved. This year was hard. We faced obstacle after obstacle, but we made the best out of it and went out with a bang with a drive in banquet. How cool is that?”

Another one of those honored at the drive-in banquet was Anne Bays with Moonlight Meat Processing who has worked with the WCHS FFA program for many years. Bays received the Honorary Chapter FFA Degree.

“Just because I didn’t grow up in it doesn’t mean you or I can’t get involved in it,” said Bays who speaks highly of the program. “I absolutely love the program.”

Bays plans to stay involved with the program and applauds the students for coming up with an innovative way to have their banquet.

Brashear wouldn’t trade her years in FFA, even the hard ones, for anything in the world she said.

“It gave me some of my fondest memories, a place to call home, and a group of people to call family. I owe it all to my advisors, my officer team, and Whitley County FFA.”