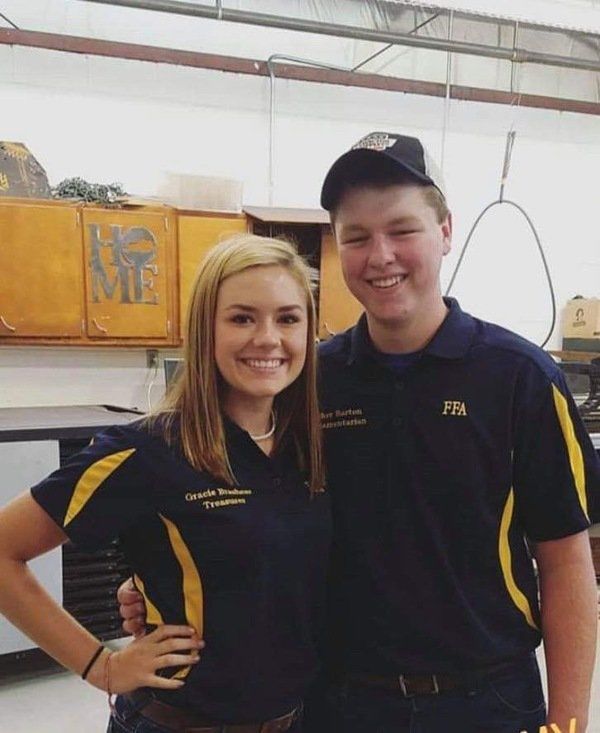 Gracie Brashear, friend, classmate and fellow FFA member called Monday without Barton devastating. But she tried to be strong for her classmates because she knows that's what Fisher would have done. | Photo Contributed 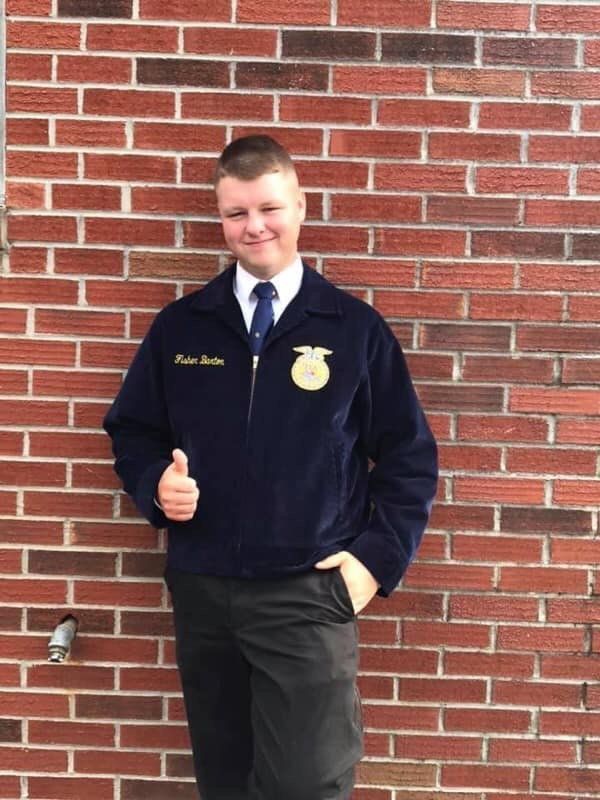 Fisher Wayne Barton, a junior at Whitley County High School, died as the result of a tragic ATV accident Friday, October 4. He never met a stranger and he was one of the best kids, both students and teachers agreed. | Photo Contributed

Gracie Brashear, friend, classmate and fellow FFA member called Monday without Barton devastating. But she tried to be strong for her classmates because she knows that's what Fisher would have done. | Photo Contributed

Fisher Wayne Barton, a junior at Whitley County High School, died as the result of a tragic ATV accident Friday, October 4. He never met a stranger and he was one of the best kids, both students and teachers agreed. | Photo Contributed

Those were the words that were normally spoken, slow as molasses in the sweetest southern drawl. It was the usual banter between student and teacher. But Monday those words were void and it was overwhelming.

Heather Smith, a teacher at Whitley County High School, would normally respond with, “Good morning, Fisher,” and she’d tell him they had one more day down and then they would clink their Yeti cups and knock back a sip of morning coffee.

Fisher Barton had a sincere joy and happiness that just flowed from him, but Monday the hallways of Whitley County High School were overwhelmed in his absence.

About Fisher, Smith wrote: "You are so loved. You are so missed. So, 'Cheers Fisher! To one more day down...until we meet again.'”

Fisher Wayne Barton, a junior at Whitley County High School, died as the result of a tragic ATV accident Friday.

He never met a stranger and he was one of the best kids, both students and teachers agreed.

Gracie Brashear, friend, classmate and fellow FFA member, said she hid back in the shop class on Monday rather than going to normal classes.

“This was where he was at home and this was where he loved to be,” Brashear said about the shop. “This was where it was the hardest to be and I tried to be here when someone needed a hug or encouragement even during all this because God knows that Fisher would be.”

Over the course of the day, Whitley County High School Principal Bob Lawson heard students weep and mourn the loss of a member of their Colonel family.

“We hear funny stories of things Fisher did or said. There are both tears and laughter,” said Lawson. “We mourn because we will always miss him. We rejoice because God gave us the time we had with Fisher.”

“It’s almost like this morning, walking into the shop and not seeing his big goofy grin, was conformation that this is all actually happening,” she said. “This morning we had a prayer for Fisher, the Bartons, and the students in the school and there wasn’t a dry eye in the whole entire VoAg department; students and staff alike.”

Brashear said Monday morning WCHS teacher Brian Prewitt told students they needed to live like Barton, putting their heart and soul into everything they did.

Brashear said one thing that made Monday easier was the fellowship of the students and especially the FFA members.

“We truly are a family, not only the officers, but the entire chapter and school as a whole,” she said.

Seeing everyone learning how to cope together and mourn together was special to Brashear.

“Fisher truly was my right hand in every event, meeting, and whatever project I dreamed up,” she said. “He was one of my best friends and my best secret keeper. And I know he wasn’t that only to me, but also to nearly everyone in the school.”

As part of Whitley County High School’s FFA, Fisher won numerous awards. He currently served the FFA as Sentinel. Part of the duties as Sentinel is to make others feel welcome. FFA teachers Glen Croley and Prewitt said Fisher was great in this role.

“He always had a smile on his face and a laugh that was contagious,” said the teachers. “He was also a kid who would put his heart and soul into everything he did which allowed him to excel at many things. He will be deeply missed in the Whitley County Agriculture/FFA Department.”

Shortly after 3 p.m. Monday, Siler told the Times-Tribune it had been a rough day, as expected, on the campus of Whitley County High School.

“Fisher was active in so many activities in our high school and was beloved by all who knew him,” Whitley County Superintendent John Siler said in an earlier press release. “Our Whitley County School District family is devastated by his loss.”

Barton was also a member of Impact Archery. He was a varsity member of the inaugural Skeet and Trap Team at Whitley County High School. This team earned the 2019 Kentucky Clay Target State Skeet Title. Along with earning this, Barton served as a mentor to his fellow teammates with his exemplary demeanor.

He was a member of Kentucky Hill Baptist Church.

Monday, hard on everyone was slightly eased with a handful of grief counselors on hand for students.

“In addition to our amazing staff, who have literally wrapped their arms around our students, through the leadership of Dr. Ralph Johnson, we have several additional grief counselors,” noted Lawson.

The family will receive friends for visitation on Tuesday from 4 to 8 p.m. at the Cox & Son Funeral Home of Jellico.

The funeral will be held on Wednesday at 2 p.m. at the Cox & Son Funeral Home Chapel with the Rev. Scott Landes officiating.

“At this point, we don’t know what can be made from this,” said Lawson. “However, I am inspired by the faith of the Barton family. Because of their strong faith, I know that some kind of blessing will come from this tragedy.”

Likely an entire community is.