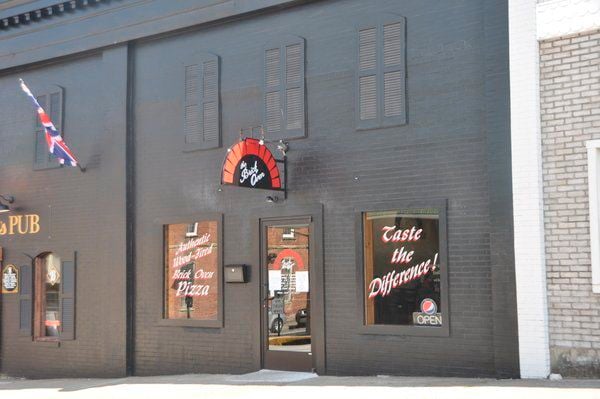 This pandemic is extremely rough on businesses that have just opened like the Brick Oven in Williamsburg. They too are doing their best to remain open via curbside. | Photo by Angela Turner 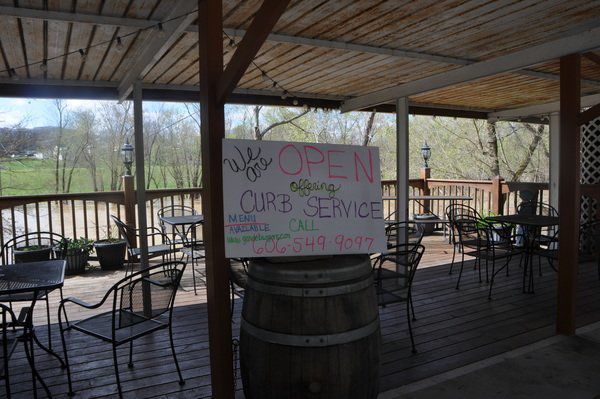 G&E Burgers, owned by Julie McCullah, has been a staple for burgers and crinkle cut fries for 50 years in Whitley County and now they are trying to remain open through the pandemic by offering curbside service. | Photo by Angela Turner

This pandemic is extremely rough on businesses that have just opened like the Brick Oven in Williamsburg. They too are doing their best to remain open via curbside. | Photo by Angela Turner

G&E Burgers, owned by Julie McCullah, has been a staple for burgers and crinkle cut fries for 50 years in Whitley County and now they are trying to remain open through the pandemic by offering curbside service. | Photo by Angela Turner

WHITLEY COUNTY — New and old, two Whitey County restaurants feel the impact of the pandemic, cling to hope and adjust to a new normal.

When Brick Oven Co-Owner Jeff Brown opened his business in downtown Williamsburg three months ago he would have never imagined something like COVID-19 forcing people out of his specialty pizza establishment and into their homes. But that’s exactly what has happened.

Brown was intentional when he picked Williamsburg and he said Mayor Roddy Harrison and other locals are showing their support.

The Brick Oven and many others in Williamsburg have been offering curbside and delivery.

Brown said while the business is still new and these circumstances are not typical, he is blessed and humbled by how much support the community of Williamsburg has shown.

“It’ s not crippling us right now,” said Brown. “The good Lord has seen us through many other things and he will see us through this.”

Initially The Brick Oven had plans to offer delivery at a much later date, but Brown said this just forced the business to offer it earlier than they expected. Brown wants to go above and beyond by just making small modifications.

Brown was essentially already offering curbside to those in need as he had been taking orders out to some elderly individuals before this happened.

“It wasn’t a huge transition,” Brown said. “We were already taking some of the steps.”

"As a new business it hits you harder when you come across major events like this than if we were a little more seasoned."

In order to reduce the overhead, Brown said he’s had to lay off his employees until the restrictions pass. So as a business owner he and his immediate team are having to pick up all the slack

“Our prayer is that it passes quickly and we can get the employees back to work,” said Brown, who remains in contact with his staff keeping them updated. “It will pass.”

Phone calls have poured in to the restaurant to ask what they need in this difficult time. Brown said more than anything, he’s asking for prayers.

“We’re beyond humbled at how much this community has pulled together,” added Brown. “It almost feels like a family.”

While Brown doesn’t expect community members to go broke trying to save a business, he said if you do have extra time and money, come down to the Brick Oven as well as the other local eateries.

While the Brick Oven may be a new establishment, G&E Burgers in Williamsburg celebrated 50 years of service less than a year ago. G&E Burgers, owned by Julie McCullah, has been a staple for burgers and crinkle cut fries for 50 years in Whitley County.

McCullah told the Times-Tribune last week that the restaurant is doing enough to stay open but sales are down.

She said the curbside service is working but it has impacted sales.

“We’re hanging in there for now,” said McCullah. “We need a lot of support from the community to pull through this and stay open. We’re doing everything we can to make it as convenient for them.”

For now, hours at G&E Burger have remained the same, 11 a.m.-9 p.m. Monday-Saturday, but if they do have to modify, McCullah said she will update those hours by way of social media. To call in an order, customers can call 606-549-9097.

Thus far employees haven’t been laid off but hours have been scaled back. The restaurant is being sanitized above and beyond and employees are being as cautious as possible.

“If you can come out and eat please do,” said McCullah. “We need people to remember we’re local and we’ve been here over 50 years. We want to stay in business.”