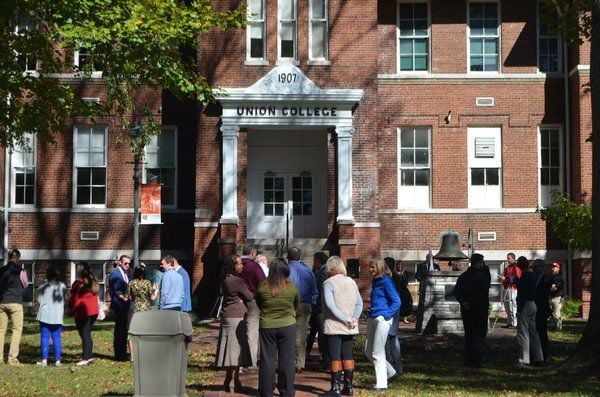 Several gathered at Union College to celebrate the school's 140th year during a Proclamation Ceremony. | Photo by Jarrod Mills 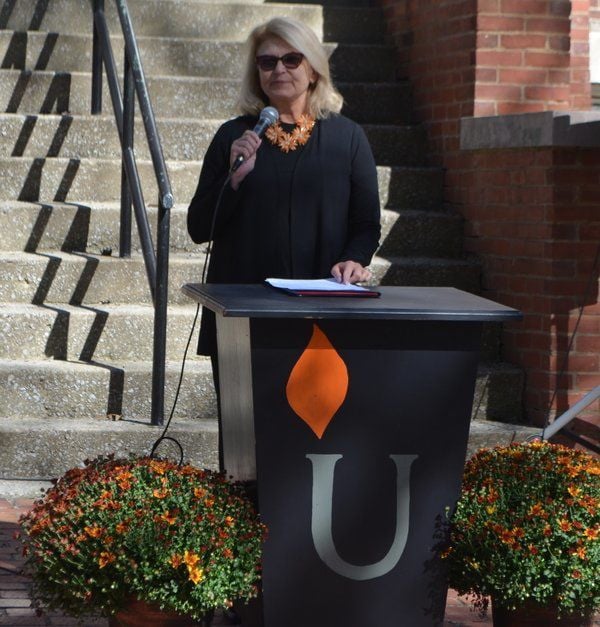 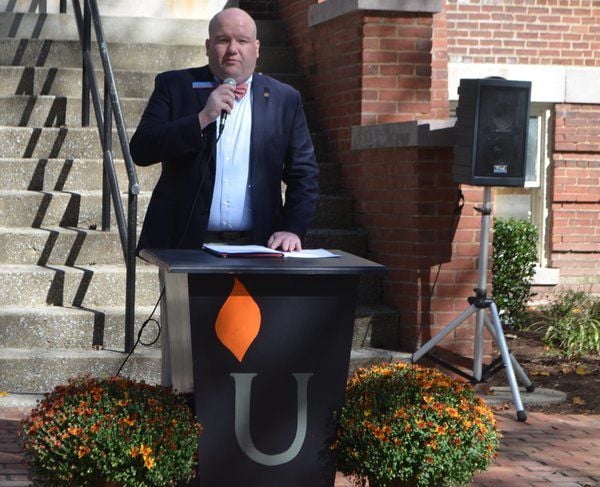 Several gathered at Union College to celebrate the school's 140th year during a Proclamation Ceremony. | Photo by Jarrod Mills

"On Oct. 18, 1879 a group of local leaders assembled in the law offices of Judge Tinsley with a vision for the future," said Brian Strunk, Vice President of Advancement for the college. "Representing the culmination of at least half a decade of effort, those 36 individuals gathered to ratify the articles of incorporation for Union College."

Union College claims to be the first college founded in the Kentucky mountains. According to the school's website, Union is grounded on four pillars: "service to each other and our communities; our Appalachian culture and heritage; our core affiliation with Methodism and the liberal arts academic experience."

The school's website also states the 100% of Union's students receive grants and scholarships, and that more than 70% of the college's student body call Kentucky home.

"I want to thank everybody for being here for this momentous occasion," said Union College President Dr. Marcia Hawkins after giving the following proclamation:

"Therefore, by the power invested in me by the Board of Trustees of Union College, I proclaim that Union College shall annually recognize a period of celebration known as "Founders Week" as the third week of October, and I encourage each and every person connected to Union College to reflect on the thoughts and deeds of the founders and to remember the spirit of connectedness between the college, the city, and each of us. Proclaimed this 23rd day of October 2019 in the 140th year of operation of Union College. Go Bulldogs."

"Staff faculty, students thank you for everything you do" said Hawkins. "You know, it's people like you 140 years ago who said 'this is a good idea for southeastern Kentucky, and Barbourville.' It's still here, still going strong, and year's from now when we're all gone, people will like us will keep that legacy moving forward."