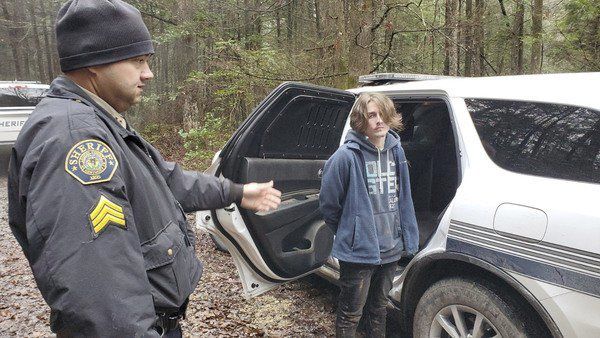 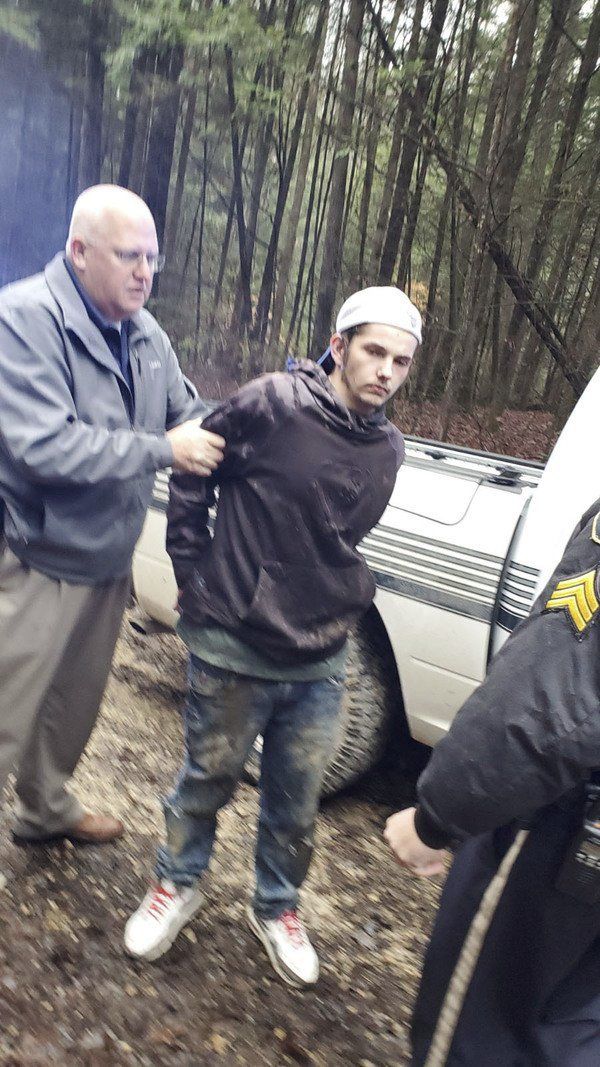 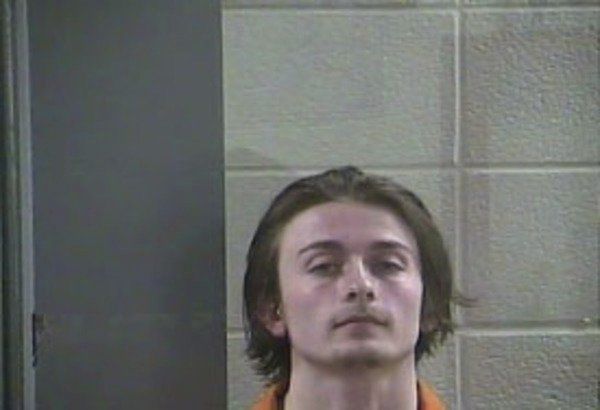 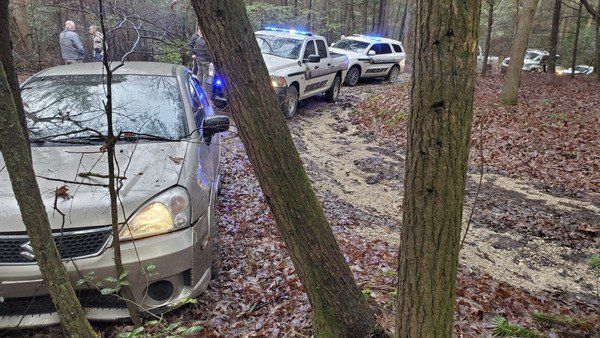 The vehicle crashed into a tree after losing control on wet gravel. | Photo contributed 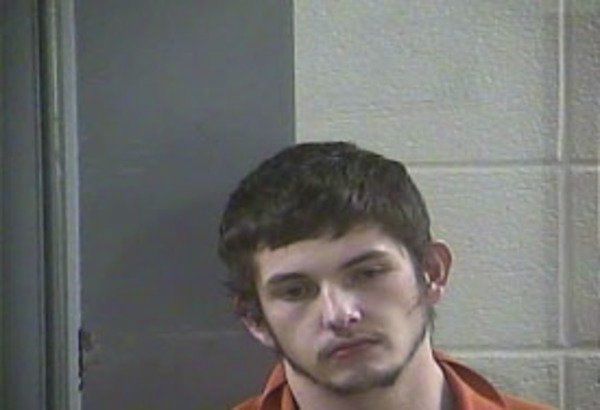 The vehicle crashed into a tree after losing control on wet gravel. | Photo contributed

The pursuit began on the gold colored Suzuki Vitara that men were traveling in when Sgt. Brett Reeves with the Laurel County Sheriff's Office said he observed the vehicle travel past him at the intersection of Locust Grove Road and KY 192. The suspect vehicle then did a 360 degree turn in the roadway intentionally in front of Sgt. Reeves, a press release from the Laurel County Sheriff's Office said.

The vehicle then sped away in the wrong lane of traffic on KY 192 traveling toward London at speeds of more than 75 mph and turned onto West Line Creek Road, then on to U.S. forest service roads, where it ran a white colored minivan off the roadway according to the release. The vehicle ended up hitting a tree after the driver lost control in a sharp curve on the wet gravel road, the press release said.

The occupants of the vehicle fled on foot leaving a dog in the vehicle. Deputy Taylor McDaniel located the two suspects in the woods approximately 100 yards from the scene of the crash.

The two were arrested at 12:02 p.m. Tuesday and lodged in the Laurel County Correctional Center.

Also assisting were the US forest service law enforcement officers and Kentucky State Police troopers. In addition, Ambulance Inc. of Laurel County provided assistance standing by nearby and Laurel County animal control was requested at the scene to take custody of a pit bull found in the vehicle.