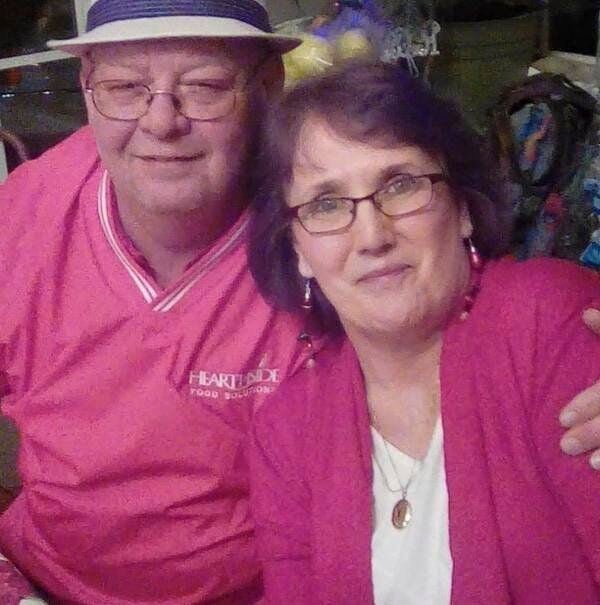 Crystal Miller Fulton has been a CNA for 14 years and currently works at Hillcrest in Corbin. | Photo contributed

Crystal Miller Fulton has been a CNA for 14 years and currently works at Hillcrest in Corbin. | Photo contributed

CORBIN — When Ray Decker sat down to eat a meal with some friends a couple of weeks ago, he never imagined that only a few minutes later, a stranger would be helping to save his life.

Decker, 59, of Corbin, says that he and some of his buddies were sitting out on the patio section of Corbin’s Santa Fe restaurant when he started feeling blurry-eyed and uncomfortable.

“Next thing I know, they said I had blacked out, passed out, or something sat there at the table,” he explained to the Times-Tribune.

Luckily for Decker, his friends eating with him began to motion for help. That’s when Whitley County resident and CNA Crystal Miller Fulton rushed over to help.

“I had just come in, I hadn’t been there but for a few minutes. I had just got off work,” she said. “He started like he was falling out of his chair. A guy that was there with him looked at me. I rushed over there, and got him back up in his chair. I was just hollering, and trying to talk to him and stuff. I reached down to get a pulse on him, and I didn’t get a pulse. So I went up to his neck to get a pulse, and I couldn’t.”

Fulton says she then instructed one of Decker’s friends to check for a pulse on Decker’s right arm. They found that Decker’s right fist was tightly clenched in the pocket of his shorts. The group of helpers were able to remove Decker’s hand from his pocket, but were unable to find a pulse there as well. That’s when Fulton instructed somebody nearby to call for an ambulance.

“I just kept hitting on him and trying to talk to him. He started changing a little bit slight of color, he started losing his color,” noted Fulton. “So I just kinda rubbed his chest real hard, and popped him in chest and he caught his breath back. They call it a sternal rub.”

Fulton says that after Decker regained consciousness, she stayed by his side talking to him and helping him take sips of cold water.

“It was scary,” she said on the incident. “Afterwards, when I was trying to get him the ice water and stuff, I had to hold it with both hands because I was shaking so bad. In the moment, you don’t think about it. You just think about what you’ve got to do to help.”

Decker says that he hadn’t felt bad any that day prior to the incident. He was rushed to the hospital once the ambulance arrived on scene, and stayed for a few days to have tests and blood work performed.

“They found my electrolytes, especially my sodium had bottomed out and got extremely low and that is what caused me to black out like that,” Decker explained. “I had never had that problem. I know I’ve had some physical problems with my legs being real weak, and I’d get light headed and dizzy here and there, I never put two and two together,” he continued.

Fulton says the whole episode lasted around 10 minutes, but felt like a lifetime for her.

When asked why she decided to help Decker as quickly as she did, Fulton said, “That’s my job. I’ve done it for 14 years and I just feel like if I can make a way to help somebody, I will. I mean, I would want somebody to help me.”

Decker was released from the hospital late last week and says that he is feeling better and on the mend.

“I’m on the right track,” he said. “They explained to me how my sodium was dropping so much. I was drinking too much fluids, taking in too much fluids, and my diet wasn’t the best. I kind of got out of whack there. I didn’t realize it. I guess a lot of people don’t think about that stuff, I never thought anything of it."

Both Fulton and Decker say they haven’t been in contact with each other since then, but Fulton did say that she had reached out to mutual friends the two shared and made sure to check that he was okay. Turns out, Fulton’s husband is in the same fantasy football league as Decker, and she says that he has checked on his well-being as well.

“It’s nice to let the public know that there are people out there that are kind enough to pretty much help a stranger,” Decker said. “You know, I don’t know Crystal very well. She works in the profession and she was doing her job off-duty. I appreciate it so much because I don’t know what would have happened if she hadn’t been around.”