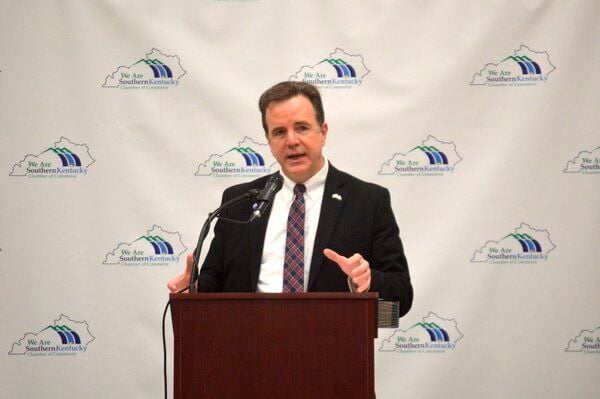 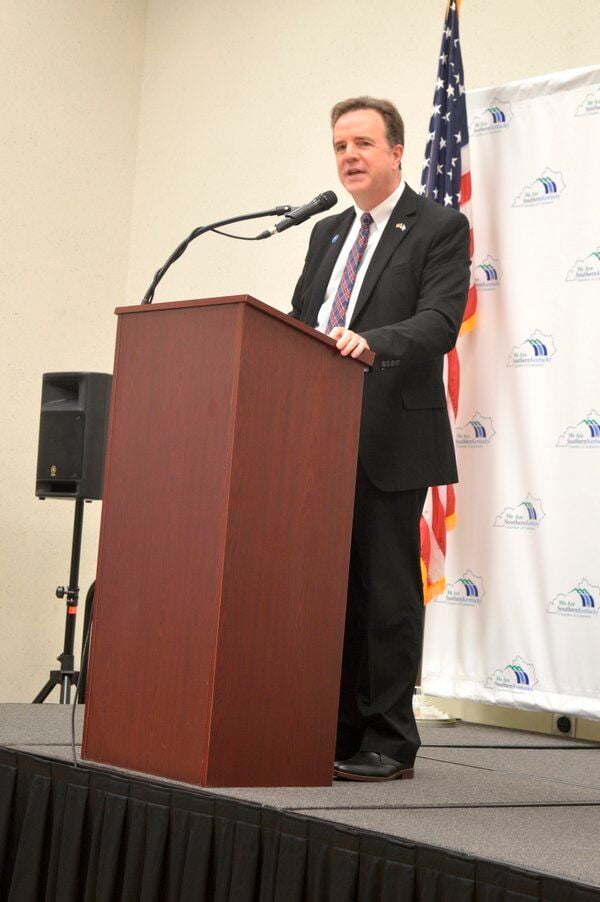 Auditor Harmon first spoke about his office’s collaborative effort with the Kentucky General Assembly in passing Senate Bill 144 in 2018. Senate Bill 144 allows county sheriffs and county clerks, who are typically audited by the Harmon’s office ever year, to apply for what are known as Agreed-Upon Procedures (AUPs) provided their audit the previous year was in good standing.

Harmon said the AUPs help save local county governments money, as his office invoices and charges those entities for audits, which account for about two-thirds of the Auditor Office’s budget.

“But if there’s ways we can help save the counties money, we’ll try to do it,” noted Harmon, who also said AUPs benefit his office as it allows them to move auditors from what are considered low-risk audits to more higher-risk audits.

Harmon said the potential savings from taking advantage of AUPs were projected to be anywhere from 25-50 percent of the previous year’s audit. However, of the 19 county sheriff’s offices who participated in the first year of AUPs, the average total savings were around 70 percent, or a total of around $144,000.

In a similar fashion, Harmon said his office worked with the general assembly during the most recent session in passing House Bill 265, which allows his office to perform one uniform audit on the multiple tax settlement audits a local sheriff’s office might have, saving sheriff’s offices money.

Harmon also spoke about this year’s statewide audit of Kentucky performed by his office, which saw two volumes of findings published. In volume one, Harmon says around 25 findings were found, half of which dealt with the state’s Office of Unemployment Insurance. One such finding found that state’s unemployment office put a function known as “auto pay” in place.

“I really do think it was well-intended, but good intentions, bad results,” Harmon said. “What they did with auto pay was trying get money out to people as quickly as possible, but they ended up taking key controls off,” he continued, adding that some of those controls were questions like: Did the person filing have another job, and if the filer did have an additional job, how much money did they make as a result.

Harmon said removing such controls was a violation of federal statutes. He also recalled a sample study his office conducted where it had 37 full-time state employees who still received a full-time salary, but had lost other part-time income, file for unemployment.

“What we found was, there were 16 of those 37 that actually received both the traditional unemployment, as well as what they call the federal unemployment compensation, that was the additional $600,” Harmon said. “They received both the traditional and that $600, even though they didn’t qualify for either one,” he added, before saying there was a total over-payment of about $113,000 to those 37 state employees.

Volume two of the statewide single audit of Kentucky was released about a month ago, and found eight findings related to the state’s unemployment office. The one finding that “popped out” the most Harmon says, was the fact that 10 employees within the Office of Unemployment Insurance, who were still full-time at the time, accessed their own claims.

One of the most disheartening things Harmon said his office found was the fact that there were “well over 400,000” emails sent to the state’s unemployment assistance line that had never been opened. Harmon also said he was also disheartened by the Governor’s office turning down an offer from the General Assembly’s Legislative Research Commission in which 100 of its employees would be sent to help the state’s unemployment office during the early stages of the pandemic.