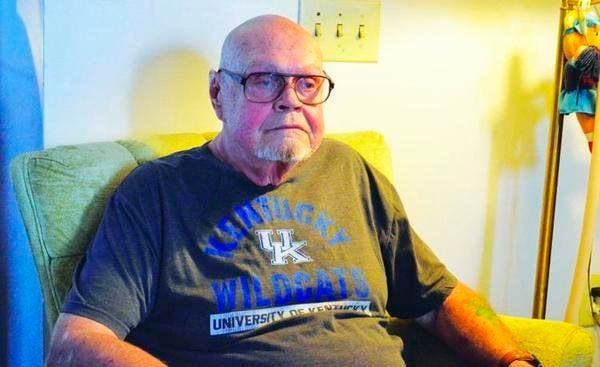 Setser known over the years as Ed, Eddie, and Fat Eddie co-wrote songs recorded by The Oak Ridge Boys, Reba, Faith Hill, Eric Clapton and many others. | File Photo 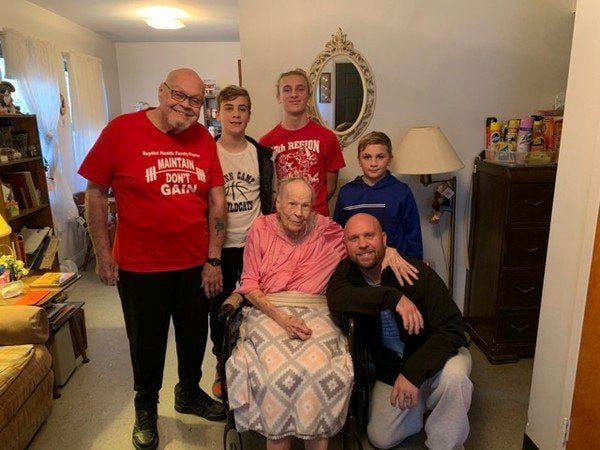 Drew Mahan pictured here with Setser and his mother was another one his closest friends, more like family really. | Photo Contributed

Setser known over the years as Ed, Eddie, and Fat Eddie co-wrote songs recorded by The Oak Ridge Boys, Reba, Faith Hill, Eric Clapton and many others. | File Photo

Drew Mahan pictured here with Setser and his mother was another one his closest friends, more like family really. | Photo Contributed

CORBIN -- Corbin native, songwriter, mentor, sports fan, father-like figure and good friend are just some of the ways Edward Setser is described by his peers.

Setser, known over the years as Ed, Eddie, and Fat Eddie, co-wrote songs recorded by The Oak Ridge Boys, Reba, Faith Hill, Eric Clapton and many others.

Setser died Monday at the age of 77.

Lisa Harrison, who went to church with Setser, said during her last visit with him, he was still grieving the loss of his mother.

"I asked him if he had thought of maybe writing some more songs. I thought that writing songs may help him with his grief," said Harrison. "He said that he had been writing some songs and that he could hear the different parts and instruments in his head. He said that he would like to get in touch with one of the publishing companies when he got them completed."

Unfortunately Setser's friends will never get to hear his last songs.

But so many of his songs, award-winning songs, can forever be heard both in sound and soul. For example, the 1984 classic "Seven Spanish Angels" written alongside his friend Troy Seals and recorded by Ray Charles and Willie Nelson and the 1983 hit "I've Got a Rock 'n' Roll Heart" by Eric Clapton.

In a 2016 interview with Times-Tribune, Setser told columnist Christina Bentley, his music career started when he and his family moved to Cincinnati after his father got laid off from the railroad. While there, around age 12 he learned to play the guitar. His father played guitar too. And at 19 and still in Cincinnati he was playing dance clubs with several different groups, including one of his personal favorites, Leroy and the Emeralds.

Outside of Cincinnati, Setser also lived in California and Nashville to name a few. But it was in Cincinnati where he became friends with Seals, a man he credits with helping him to turn his career around. In Nashville, Setser learned to be a professional songwriter with Seals.

Setser also worked with music legend James Brown, who booked him in some of the most famous venues in the world. He played the Sydney Opera House and twice played in South Africa, both during and after Apartheid.

After his career, travels and pleasure, Setser eventually moved back to Corbin to care for his mother. And Setser loved Corbin, his friends were here too.

"It's really comfortable to be here," he said. "Once you've done everything, I mean that's it. Probably this stuff wouldn't have happened if I'd never left, but…There's so many nice people in Corbin. You kind of forget that when you go away. I like Corbin. I love my mom, and she's pretty much the last of my family…I ain't looking to do nothing I ain't already done. I don't miss nothing. I don't have a bucket list."

David Hannah is a long time friend of Setser's, he and his father worked together on the railroad and Hannah drove his mother's church bus. Eventually Hannah and Setser were the best of friends.

Being a writer, as it made his mom and dad proud, was probably one of the things that Setser was most proud of too, according to Hannah.

"Matter of fact, we talked about that last week," said Hannah. "He always wanted to make his mom and dad proud."

Hannah, who talked to Setser every day, said he never complained no matter how bad he was feeling.

Jamie and Aron Bunch also knew Setser well and were saddened to learn of his passing.

Jamie said Setser and her husband talked often while at the local gym about getting together and doing some song writing and they never got a chance. But Jamie said Setser was genuinely so happy for Aron and the success of his band County Wide.

"I couldn't believe he wrote 'Seven Spanish Angels'," said Aron Bunch. "Knowing him you'd never think that because he didn't brag about it."

People were drawn to Setser once they got to know him.

Like Hannah and Bunch, Drew Mahan was another one Setser's closest friends, more like family really. The two met at church in 2001and Mahan said Setser challenged him to always pray for more. Setser inspired Mahan with his own personal testimony.

"He really taught me so much about expecting more from God," said Mahan. "He's just a special person."

To lose Setser is hard for Mahan, the two were extremely close, but Mahan calls his role in Setser's life an honor.

"To get to know him and to love Ed was an honor," said Mahan. "He lived a quiet life, he was a legend."

Funeral arrangements are being handled by Vankirk-Grisell Funeral Home.