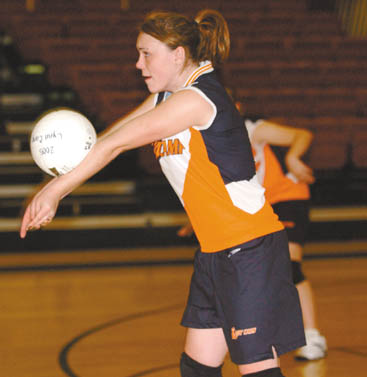 Monday� win was the third straight for Lynn Camp and its sixth in the last seven games. 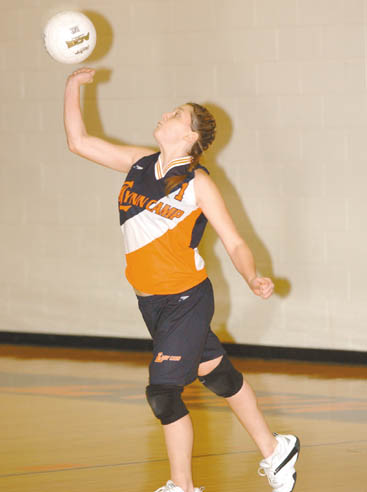 Monday� win was the third straight for Lynn Camp and its sixth in the last seven games.

By Chris Parsons / Staff Writer Monday’s win over Redbird may not have been pretty, but an ugly win is still a win. After her team’s 25-15, 25-10 win over the winless Lady Cardinals (0-8), Lynn Camp (6-4) coach Michelle Lewallen said some times that’s the way things go. “We knew this could be an easy win, but we told the girls this was a good opportunity to get some playing time for everyone as well,” she said. “We had some girls playing out of position and that gave them a chance to run their offense better and switch up some things. “More importantly, this gave everybody a chance to play,” she added. “Our varsity girls knew if they came out and played hard, it would give some of the JV girls some playing time as well.” After five lead changes in the early going, Lynn Camp was finally able to take over for good at 8-7. Though Redbird was able to tie the score one more time, (13-13) the Lady Wildcats used a nine point run to grab a 22-13 lead before going on to the 25-15 win. Lauren Wilson led the way in game one with three kills, one ace and three points. Ashley McCreary followed with two aces, five points and four assists. Selena Grant added six points and two aces in the effort. Game two was a lot less dramatic as the Lady Wildcats cruised to the 25-10 win. Taylor Herron got things started for Lynn Camp with a nine-point run to give the Lady Wildcats an 11-3 after trailing 3-2. Wilson followed Herron’s serve with a 3-0 run, giving Lynn Camp a 15-5 lead. Lynn camp went on to outscore the Lady Cardinals 10-5 as they closed out the game and the match with a 25-10 victory. Herron was the difference in game two, tallying eight points, four aces, one kill and two assists. Wilson totaled six points, three kills and three aces and McCreary accounted for three points and one kill in the win. After the impressive run by Herron in game two, Lewallen said she was pleased with her effort. “Taylor is a good hustler and she is everywhere on the floor,” she said. “Anytime I have Taylor on the floor, she is very vocal and she does a good job of talking to everyone on the floor.” The two teams will meet again Thursday when Lynn Camp travels to Redbird this time for a 7 p.m. game.