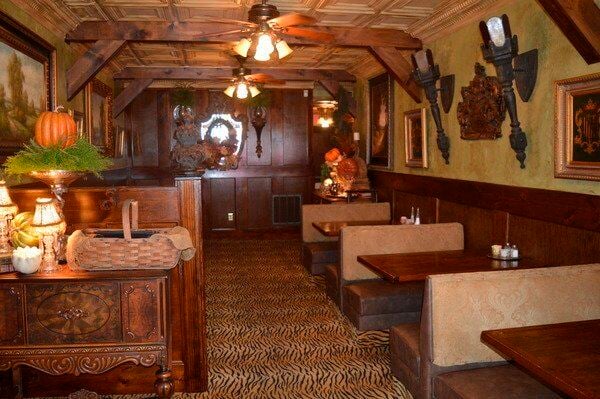 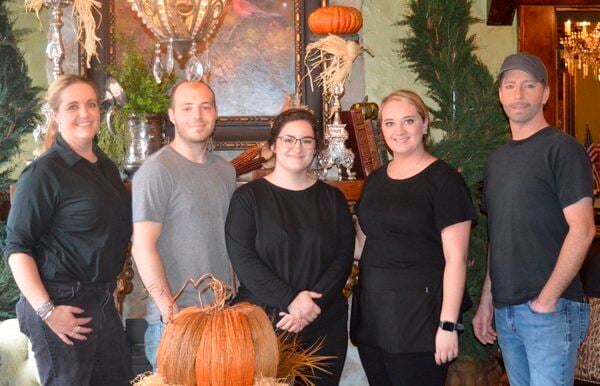 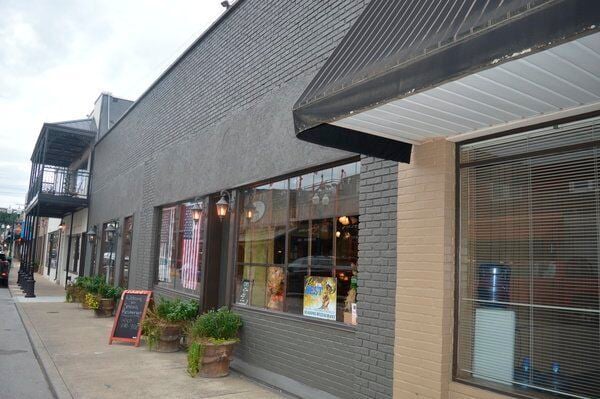 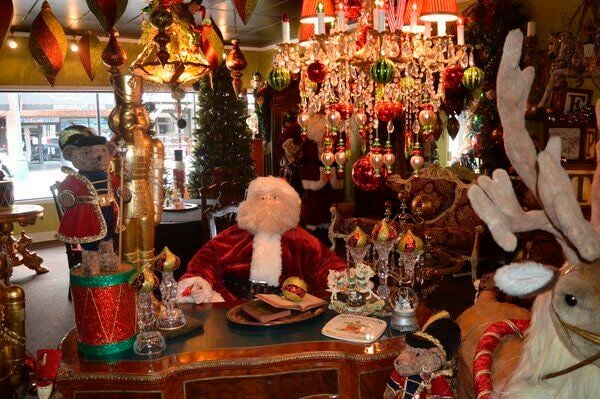 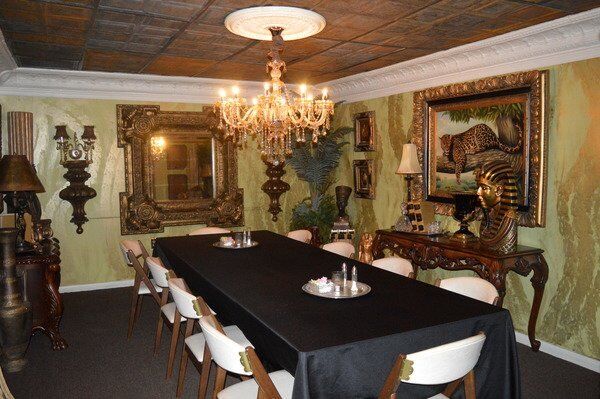 One of three new private rooms created by Seasons staff during lockdowns brought on by the pandemic. | Photo by Jarrod Mills

One of three new private rooms created by Seasons staff during lockdowns brought on by the pandemic. | Photo by Jarrod Mills

One might think that in order to dine underneath a chandelier and next to a regal tapestry featuring a coat of arms, they would first have to travel back in history to a time of lords, castles and round tables full of knights. One could also think that to eat in a room full of Christmas decorations which include multiple trees, statues of reindeer and life-sized versions of Santa Claus, they might need to first call in a reservation at the North Pole. But those who know the Corbin-based restaurant Seasons know that all of that can be found right here at home in Appalachia.

Owned by Shea Hensley and Jason Matthews, Seasons Restaurant is a uniquely-decorated downtown Corbin staple that first opened its doors in 2012.

“He’s from here,” Matthews said of Hensley, who typically spends most of his time in the kitchen cooking and preparing food for the restaurant’s guests.

“I’m originally from Tennessee,” Matthews added, as he sat in a Christmas-themed room popular amongst those who frequent Seasons. “But I’ve been here for 30-something years, so you might as well say I’m from here,” he added with a laugh.

Matthews said Hensley first owned a restaurant years ago, before the two ventured into selling jewelry and opening an interior design business. In 2000, Hensley and Matthews moved their businesses into the building located on South Main Street in downtown Corbin that now houses their restaurant.

After moving into the new building, the two continued selling jewelry and offering interior decorating services. As part of the services they provided, Matthews said he and Hensley would host open house events in which they would serve their guests food. He said people would rave about the food and that because the two felt something was missing from their business, they decided to add a restaurant into the mix.

“It was stressful, very stressful,” Matthews said on transitioning the business into a restaurant. “It’s still stressful,” he added before laughing. “But it’s still something we enjoy. We love people coming in and enjoying the atmosphere.”

The atmosphere created by Matthews and Hensley is as unique as the restaurant’s origins. Before it grew into its current size of nearly an entire city block (the dry cleaner on the corner takes up the rest of the block’s real estate), the building that houses Seasons was once home to the two’s jewelry and design business, The House of S and J. Most of the decorations that now act as the backdrop for dinner conversations were once the very same decorations the two used to decorate both private and commercial residences.

“It just sort of grew into this bigger thing, this bigger atmosphere that took over a whole room in here,” Matthews said motioning toward the three Christmas trees standing next to the table where he was sitting.

But the room full of Christmas decorations is only part of the charm of Seasons, which also has various rooms that are home to a life-sized stuffed lion, an old grand piano, several intricate tapestries, rugs, tchotchke figurines, paintings and more. The restaurants entrance seems to be a more traditional setting with booths lining the walls of the L-shaped room, but the space also features animal print carpeting and a chandelier hanging over a corner of the room meant for those waiting to be seated.

Matthews said that with the rise in popularity of the restaurant, and because of the sheer toll owning a resultant-based business can take on someone, he and Hensley took a step back from their decorating business. With that said, it’s not uncommon to see the two helping decorate Nibroc park or the the sidewalks of downtown Corbin with floral and seasonal arrangements along with other decorations, sprucing up the city for various events.

The two still make it a point to freshen up the decorations in Seasons, as well, said Matthews.

Seasons is also a destination stop for a bus-tour that brings folks from out of town into downtown Corbin. Matthews said for those that visit Seasons, they take those experiences back home with them and share them with others.

“We’ve had guests from Australia, Europe, just about everywhere,” said Matthews. “We’ve had people come in and say, ‘My family member or somebody was on a bus tour’ and they’ve seen pictures of this place, so they want to come and check it out. Some are on a vacation or something like that and stop by.”

Then there’s Seasons food, which Matthews described as “good southern cooking” which has helped the two keep a loyal customer base.

“Shea’s a fantastic cook and he loves to know that people are enjoying their food,” said Matthews. “We’ve found that the most ordered items are just the good country cooking - his chicken and dressing, prime ribs, meatloaf,” he added, also saying the restaurant features various types of salads, pasta dishes, sandwiches, burgers and more.

“Then on the weekends we’ll do steak, salmon, mahi-mahi, different stuff like that,” Matthews continued on the menu of Seasons, which also offers unique dishes during Corbin foodie events like Burger Week, Finger Lickin’ Chicken Week and others.

Matthews gives credit to the restaurant’s loyal customers for helping Seasons survive in-door seating restrictions and shutdowns brought on by the pandemic. He also credits the restaurant’s staff for stepping in and helping out when short-staffed during that time. Matthews said he and Hensley took advantage of the down time, transitioning part of their restaurant’s space into private rooms.

Seasons now features three private rooms that can seat 10-18 people. Matthews said the rooms were available for reservations, but noted they have been taking reservations for the Christmas seasons since September. Seasons is open for lunch from 11 a.m. - 3 p.m. Tuesday-Friday. Seasons serves dinner from 5 p.m. - 8 p.m. Thursday-Saturday.