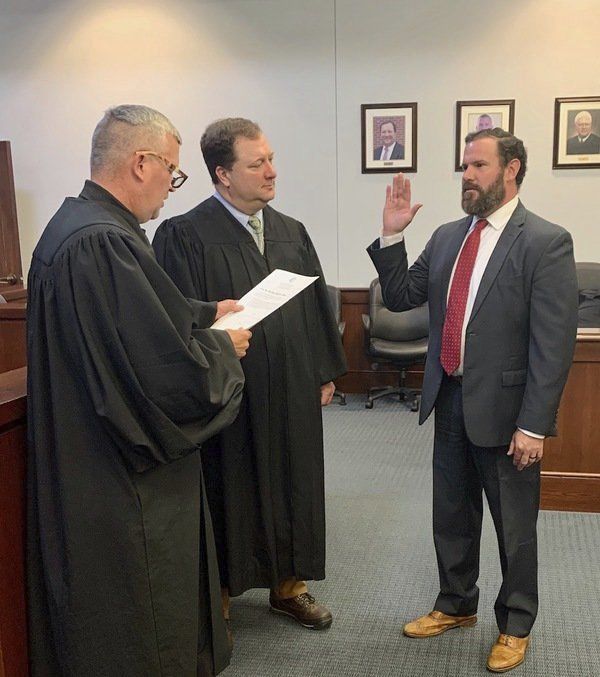 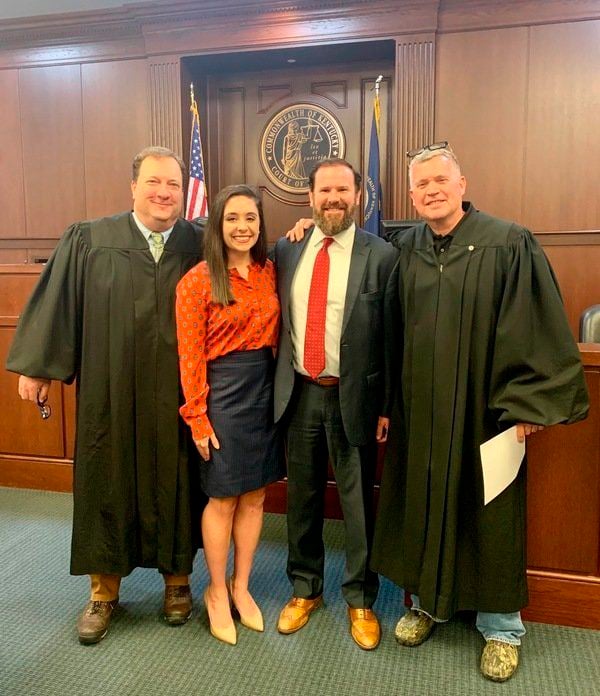 Reeves was sworn in on Monday. He’s a graduate of Corbin High School, received his bachelor of arts degree in political science at Eastern Kentucky University, and graduated from Salmon P. Chase College of Law in 2012.

On Monday, Reeves said he is excited for the opportunity to serve as Domestic Relations Commissioner for Whitley and McCreary counties.

“As a father and husband, I understand how important these issues are to families,” said Reeves. “Throughout college and law school, I dreamed of moving back home to help my community. As Domestic Relations Commissioner, my hope is to work quickly and efficiently to resolve domestic issues for families in need. I am humbled that Judge Dan Ballou and Judge Paul Winchester instilled their trust in me by appointing me to this position. I look forward to serving the families of Whitley and McCreary counties.”

Before Reeves, the late Allen Trimble held the responsibilities and in the interim both judges had been handling the duties.