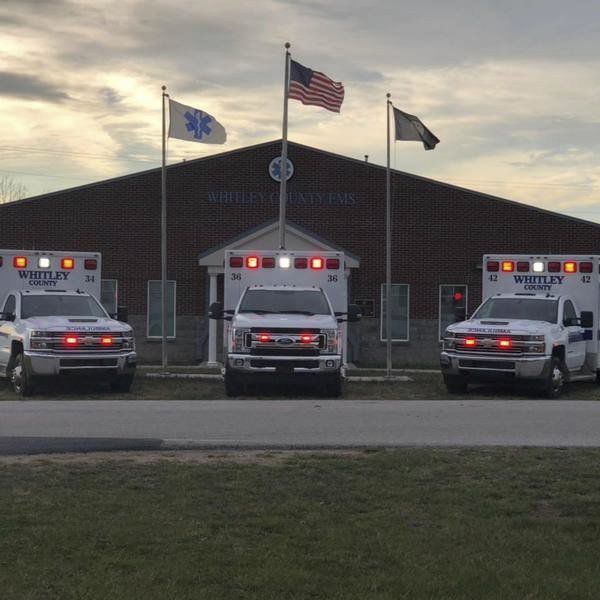 The department has two stations -- one centrally located in the county and one in Corbin. | Photo Contributed 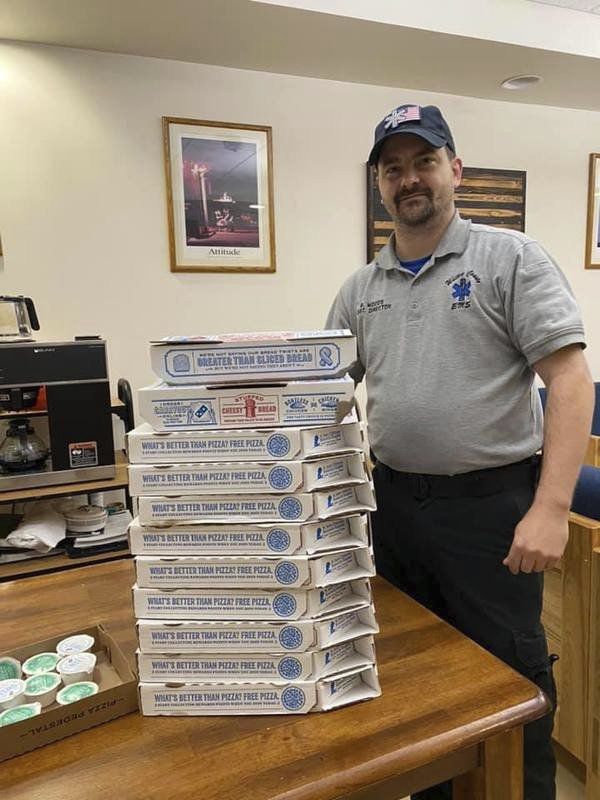 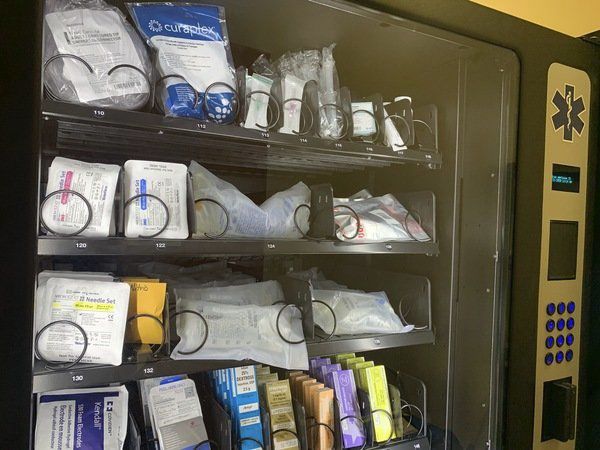 A new feature at Whitley County EMS is a vending machine that houses medicines for staff members. The machine helps log and keep medicines accountable as staff members have to enter their specific codes to retrieve items from the machine. | Photo by Angela Turner

The department has two stations -- one centrally located in the county and one in Corbin. | Photo Contributed

A new feature at Whitley County EMS is a vending machine that houses medicines for staff members. The machine helps log and keep medicines accountable as staff members have to enter their specific codes to retrieve items from the machine. | Photo by Angela Turner

WHITLEY COUNTY — As National EMS Week comes to a close and while the first responders at Whitley County EMS have been receiving an outpouring of love and appreciation for their efforts, this week in particular has been met with some challenges.

In the midst of a global pandemic that has presented its own set of new obstacles for staff members, an increase of overdoses across the county has only added extra weight for first responders to carry.

The first National EMS Week was observed in 1974 when President Gerald Ford declared the week to acknowledge the crucial work of this critical link in emergency medical care. First responders at Whitley EMS have worked 12 overdoses between May 13 and May 21.

“You have to hand it to these people,” said Whitley County EMS Director Kelly Harrison about her employees. “They get these people back from death’s door. They get the original call that they’re unresponsive and not breathing. They’ve saved lives from that.”

There is an unofficial agreement among the staff there that a bad batch of drugs has hit the region.

“I’ve worked more overdoses this week than I have in three months,” said Advanced EMT Mike Osborne. “In the last seven days I’ve had two overdoses that were CPR in progress and we’ve got them both back and we’ve had two unresponsive that we’ve got back.”

Osborne admits to the stress of the situation. Heidi Jones, another Advanced EMT, said counseling helps. The fellow co-workers agree and say they utilize the services from time to time.

EMTs and paramedics both know and don't know what they are getting into when they arrive to a situation. Often times an individual reporting an overdose will not call it in as such to avoid law enforcement.

Osborne said one thing he wishes people would utilize more is the availability of Narcan to the public.

“A lot of people don’t realize you can buy it over the counter as a nasal spray,” said Osborne. “Some of the overdoses that ended up being dead on arrivals could have changed for the better if that had been administered.”

The first responders are working in unique and stressful situations, often times saving lives and negotiating situations for the better, yet many, actually most, are working multiple jobs.

“Most of the employees have to work multiple jobs to make a good living,” said Assistant Director Brandon Woods.

“The biggest percentage has two if not three jobs,” added Captain Niki Ledford.

“Once they see it, they change their minds,” said Harrison about the duties of the field. “They don’t know what’s expected. As far as EMS goes, I don’t think the world knows or understands exactly what it entails until they get into it.”

The spread of COVID-19 has also been a challenge on the department in a variety of ways. First responders are having to utilize decontamination rooms, run volumes have decreased, revenue is down, the amount of PPE is questionable depending on the status of the pandemic, and the calls that do come in are dire because individuals have waited too long to call.

The calls over the last few months haven’t been for children, however the staff said there was an abundance of calls for pediatric patients in November and December, many of them even getting transported to Lexington for treatment. Along with those pediatric patients, many of the employees were also very ill during that same time frame.

But in the midst of their hard work, the community has shown appreciation for the first responders during National EMS Week.

Harrison agrees this year the attention seems greater than years past and it’s likely due to the global health pandemic. It’s typical that EMS management cooks for the employees during this week, but this year they haven’t really had to do that, thanks to the outpouring of love and appreciation from local restaurants and community organizations.

The department is currently in the process of offering EMT and Advanced EMT classes and they hope to certify those in the class by the end of July. The class started with 26 individuals and 13 people remain in the class. Harrison said that is a good number, normally only five would remain for testing, after seeing the job responsibilities.

Woods said there is a shortage of EMTs and paramedics in the field. Many of the paramedics have moved to working in other areas of healthcare, such as doctors offices and hospitals. The department only has eight paramedics at the present time and would love to have more. Harrison said they have positions open and they really need people.

Several employees drive from other areas in the Commonwealth for multiple reason to work in Whitley County such as from Georgetown, Somerset, Harlan and Barbourville. The department has two stations, one centrally located in the county and one in Corbin.