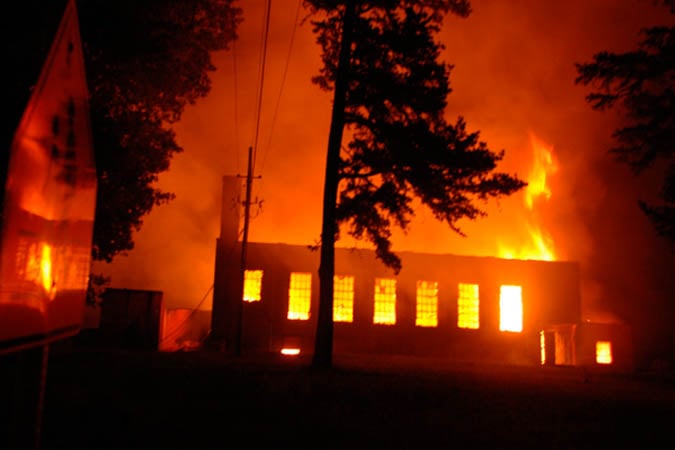 The old Lynn Camp high school in Corbin burned to the ground in the early morning hours Saturday, Sept. 27. 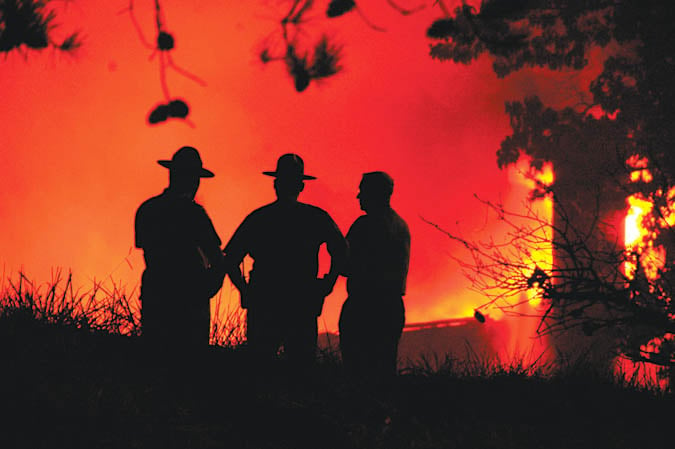 The old Lynn Camp high school in Corbin burned to the ground in the early morning hours Saturday, Sept. 27.

The old Lynn Camp high school in Corbin burned to the ground in the early morning hours Saturday. Firefighters from across the area came to battle the blaze after getting the call at around 3:30 a.m. The older sections of the school, built in the late 1920s, were completely destroyed. Volunteer firemen from as far as Campground, Lily and Woodbine assisted Corbin FD, among others, providing tanker trucks of water and manpower. The school was used last in 2006-07 as the Lynn Camp Alternative School and the Knox County Adult Education Center. In April, it was sold at auction to Ted Hampton, who said he would likely tear down the older parts of the school, including the gym. At the time of the auction, he had said the old wood floor might be salvageble. "I think there’s some historical value to it, surely,” he said at the time. “It’s too good to destroy.” The old Lynn Camp school was originally built in the late 1920s. By the 1931-32 school year, several tin-structures were built for the younger grades, and by 1936, they were connected. The school was named Lynn Camp in 1935 after the earliest settlement in the area. The cause of the fire wasn't immediately known. The building has, however, become prey to vandals since being closed as a school. See Monday's Times-Tribune for more.