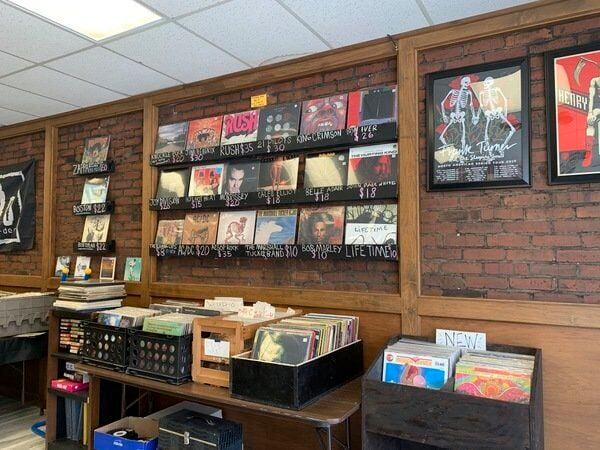 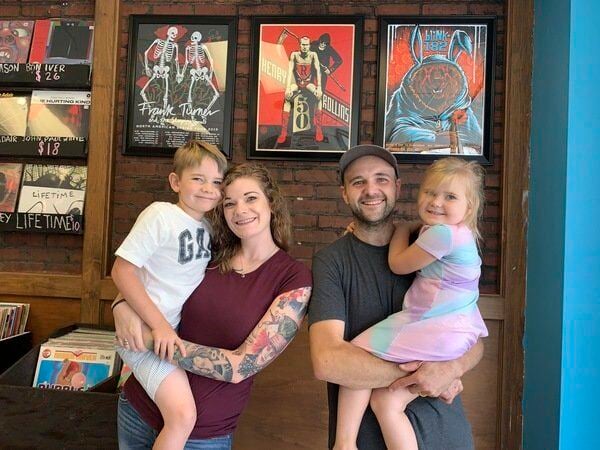 Zack and Terianne Hensley are pictured with their children Parker and Alaska inside their new record store on Main Street. | Photo by Angela Turner 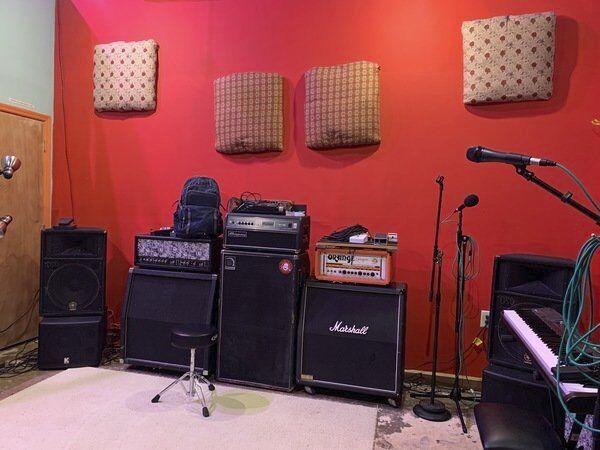 The back of the store can be used for a rehearsal space and for recording. | Photo by Angela Turner

Zack and Terianne Hensley are pictured with their children Parker and Alaska inside their new record store on Main Street. | Photo by Angela Turner

The back of the store can be used for a rehearsal space and for recording. | Photo by Angela Turner

CORBIN — In July, a local couple purchased a closing business and has spent the past month and a half getting it ready for opening day.

White Rabbit Records, a new vinyl destination located at 202 South Main Street in Corbin, is scheduled to open September 1. Zach and Terianne Hensley bought the record store from the previous owner who was moving out of town. And it’s the ideal business venture for Zach who has always loved and been involved with music. He started playing musical instruments around the age of 10 and is currently in two bands — one local and one in Pennsylvania.

“I’ve always collected records and wanted to have a music store,” said Hensley. “We’re finally able to do so.”

Much like the record store there before, White Rabbit Records will offer a recording studio in the back as well as a rehearsal space for bands to use.

With over 5,000 records in the store, the couple has been putting in long hours getting ready for opening day.

“We’ve been here till 3 in the morning individually pricing the records,” said Hensley. “We’re still not done.”

The couple’s friend, Jack Nunley, has played a vital role in getting the business ready to open. Nunley has been staying every night working until 3 a.m. to see that it opens on time. Hensley said in a Facebook post that none of it would be remotely possible without him, adding that Nunley has worked 243 hours since July 28.

And when opening day does arrive in September, the Hensley’s said they will usually try to beat prices that can be found on the internet. With extended business hours the store can accommodate a variety of schedules. Monday through Saturday the store will be open from 11 a.m. to 8 p.m. and on Sundays 11 a.m. to 3 p.m.

Clearly his passion, Hensley's greatest hope is that the store thrives. In the meantime the couple said they are having a good time as they get things ready.

Available for purchase in the store are records of a wide variety including: Classic rock, punk rock, hip hop, country, folk, classical, jazz and soundtracks. The store also sells CDs and cassettes and will help order items that cannot be found in store.