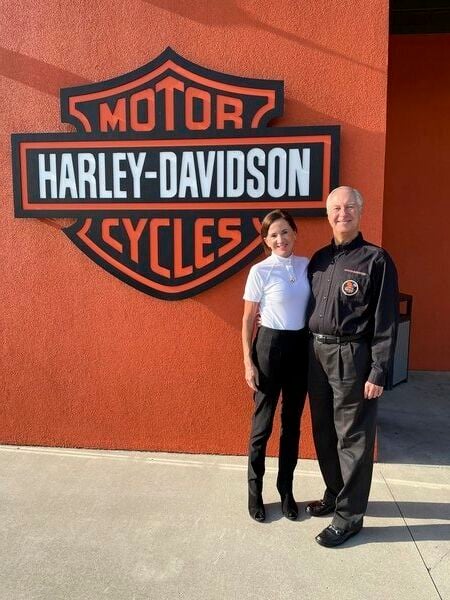 London's Wildcat Harley-Davidson is under new ownership after Steve and Anne Deli announced their purchase of the dealership on Thursday. | Photo Contributed 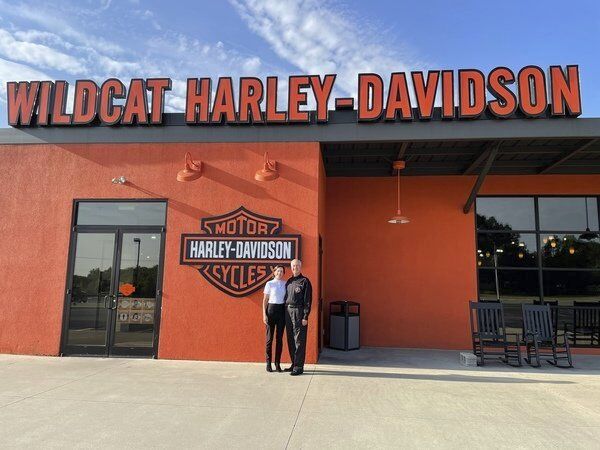 London's Wildcat Harley-Davidson is under new ownership after Steve and Anne Deli announced their purchase of the dealership on Thursday. | Photo Contributed

LONDON — London's Wildcat Harley-Davidson is under new ownership after Steve and Anne Deli announced their purchase of the dealership on Thursday.

The new owners plans to retain the strong and highly recognizable name "Wildcat Harley-Davidson," as well as its iconic dealership location in London.

The Delis own nine Harley-Davidson locations under the umbrella of American Road Group, including Orlando Harley-Davidson (Orlando, FL), Laconia Harley-Davidson (Meredith, NH), as well as retail merchandise stores in some of the highest traffic areas in the country including Disney Springs at Walt Disney World and Key West, FL.

Steve, CEO, has a distinguished history with Harley-Davidson. He led the re-capitalization and then initial public offering of Harley in the 1980s when he was an investment banker. He is credited by Harley-Davidson in Well Made in America with being among Harley’s “saviors” and is featured at the H-D Museum in Milwaukee. Later, Steve conceived of, founded, and led what is today Harley-Davidson Financial Services. In 2000, the Delis purchased their first dealership.

“Wildcat Harley-Davidson is a great dealership serving Central Kentucky which we know is Harley country. We are privileged to build on the long strength of the dealership and look forward to our future in this community. It is a natural fit to our family of dealerships,” said Steve.

Anne, President, began her journey with Harley in 1990. Following a career at leading New York City advertising/branding firms, she was recruited to become the first woman Vice President of Harley-Davidson, responsible for the global brand marketing efforts and global licensing program considered the largest corporate licensing program at the time. She grew up in Milwaukee, WI, coincidentally, next door to William Harley, son of the Harley-Davidson founder.

“We are excited to be the new owners of Wildcat Harley-Davidson,” said Anne. “We believe strongly in being an integral part of the local community. First and foremost, providing extraordinary customer experiences and of course, running a business which enables us to provide jobs, support charitable organizations and make us a desirable destination that Harley-Davidson customers and the entire motorcycle community seeks out to visit.”

The dealership will report to Josh Smiley, Chief Operating Officer of American Road Group. Josh is a seasoned Harley-Davidson manager and enthusiast with an unparalleled track record of growth, customer satisfaction and employee mentoring.

In addition, American Road Group has tremendous depth and strength in its senior leadership team that it will leverage in the new business.

Donald Evans, age 76, of Rockholds, Kentucky passed away on Tuesday October 19, 2021 at Baptist Health in Corbin. He was born in Rockholds son to the late Earl Henderson Evans and Elsie Lucille Byrge Evans. Donald was a US Army veteran. In addition to his parents, he was preceded in death by…