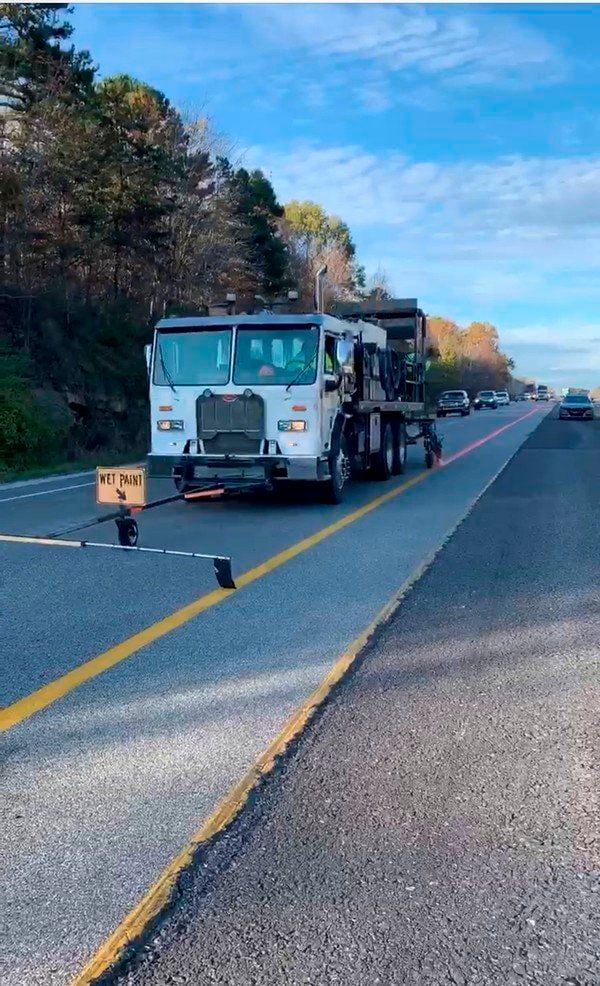 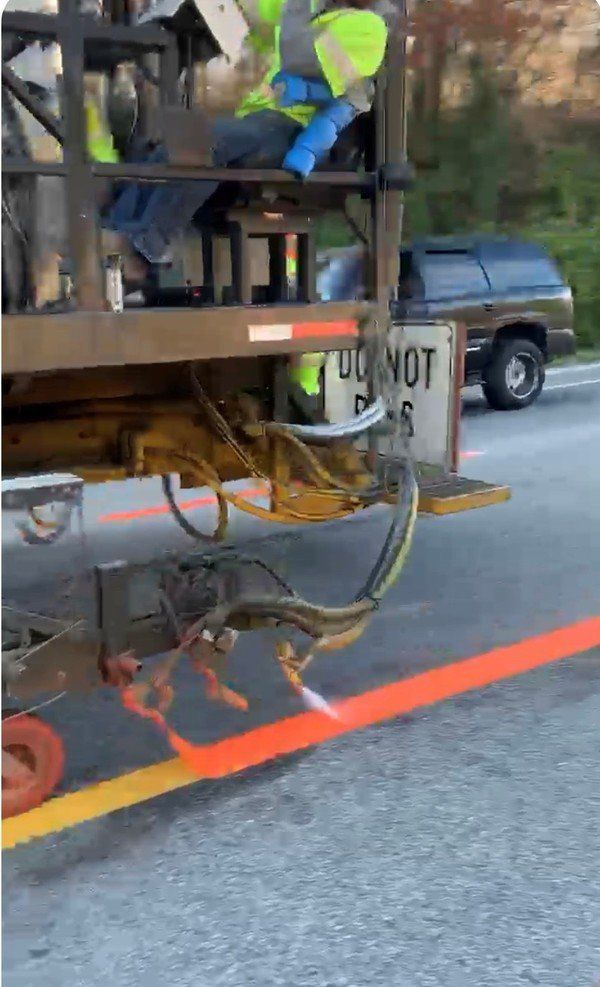 MANCHESTER, Ky. – The Kentucky Transportation Cabinet (KYTC) District 11 office is among the first in the nation to try an innovative new approach alerting motorists they are in a work zone by using orange pavement markings, instead of yellow, where road construction is active.

The Federal Highway Administration (FHWA) approved KYTC’s request to research the orange markings on a trial basis to determine if they are effective in drawing motorists’ attention to the fact they are in a construction zone. In addition to the striping, the 55 mph speed limit will be painted on the pavement in eight-foot letters.

“The I-75 work zone in Rockcastle County has seen numerous crashes over the past four years,” said District 11 Chief District Engineer Mike Calebs. “The Cabinet is researching this idea in order to improve highway safety and reduce the associated delays when traffic is diverted because of a crash. The goal of the Cabinet is to ensure our highways are the safest and most effective they can be, and we are excited about this new approach.”

KYTC is also seeking to address the lack of adequate, continuous warnings for motorists indicating that they are within an extended work zone. Drivers are more likely to return to normal driving behavior and speeds once they pass through the initial work zone transition area.

“The use of orange striping is something we hope will reinforce driver awareness, as orange is a color we already associate with construction zones,” said D11 Engineering Support Branch Manager Joel Holcomb. “Pavement markings in work zones can be confusing as different sections are pieced together. This highly-visible stripe color should help motorists better determine the most appropriate driving behaviors for the area they’re in.”