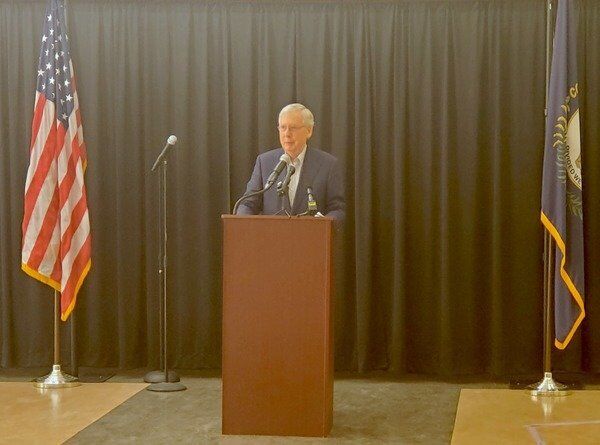 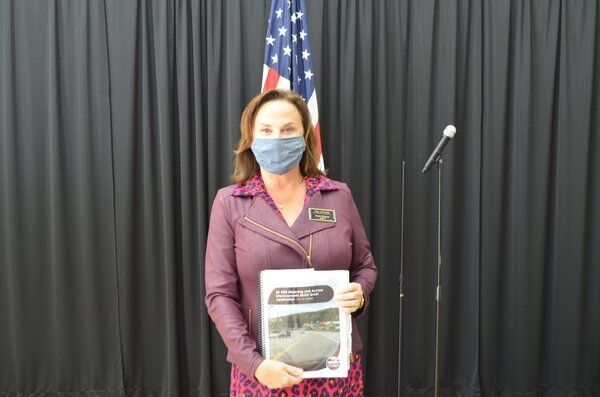 Mayor Suzie Razmus holding the BUILD Grant application which was awarded to the city of Corbin. | Photo by Jarrod Mills 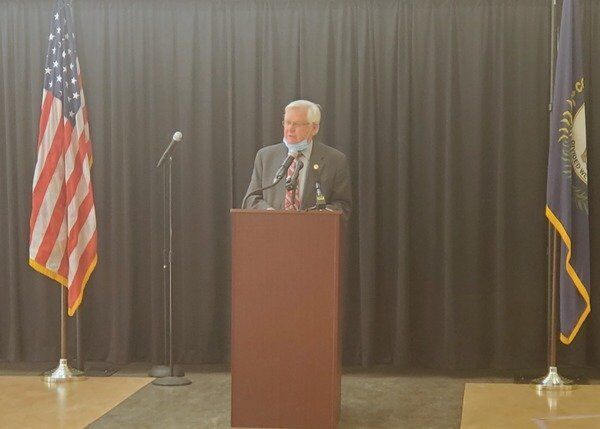 Mayor Suzie Razmus holding the BUILD Grant application which was awarded to the city of Corbin. | Photo by Jarrod Mills

CORBIN - On Tuesday morning, the Corbin Center hosted local and state political leaders as Senate Majority Leader Mitch McConnell announced the awarding of a $15,050,000 BUILD Grant to the city of Corbin.

“This is a big day,” said Senator McConnell. “I wanted to thank all of you all for working on this grant, these don’t happen easily.”

The grant will be used to help improve Corbin’s southern exit, restoring two miles of U.S. 25W between KY 727 and the Corbin KY 3041. The grant will add four lanes, medians, and improve traffic flow.

“Ten years from now you’re going to see the impact of what this grant is going to do for our region, for an increase in commerce and industry and tourism,” said Corbin Mayor Suzie Razmus. “We’ve got a corridor now that can handle what we envision for ourselves and we’re going to be able to reach our full potential because of leader McConnell.”

“Do not underestimate the importance of this project. It will open this southern exit (exit 25) on I-75 for the grander gateway to our majestic Cumberland Falls, opening up opportunities for more economic development and expanding travel capacity to four lanes, not including over safety,” explained Congressman Hal Rogers. “That’s no small factor for people who live here, and near here.”

Rogers commended Corbin City leaders, along with Whitley County and Knox County leaders for coming together in an effort to obtain the BUILD Grant for Corbin.

“This was something the community earned,” he said. “Corbin is one of the most unique places in this state, centered in a thriving Tri-County area right on I-75 connecting us directly to all the southeastern Kentucky counties along the Cumberland River all the way through the gap,” he continued. “Your location makes your transportation and road infrastructure one of the most important segments of our rural Appalachian region.”

“Despite the fact California is 10 times our size,” noted the Senator. “I think it’s safe to conclude Kentucky punches above its weight,” he added.

The Senator also said he was going to “make a little news” Tuesday morning by announcing that he planned to present another coronavirus relief bill on the Senate floor this coming Monday.

“What I will put on the floor will basically be a bill that we tried to pass a month ago, and couldn’t get a single democrat to support,” he said noting the bill would cost around $500 billion.

McConnell said the bill he would propose would target helping fund school and businesses, more funding for the PPP program, and liability protection.

Earlier this year the CARES Act was passed and provided the Commonwealth with $13 billion. Whitley County received $14.3 million, Baptist Health Corbin received $10.3 million, and the University of the Cumberlands received $2.8 million.

“It’s my view that we need to provide an additional allocation of funds to tackle various aspects of this,” McConnell said, later adding, “We’re going to try one more time to see if our opponents in the Senate will overcome their reluctance to cooperate in proximity to the election.”

Jean Hight, 75, of Corbin passed away Tuesday, October 20, 2020, at Baptist Health Corbin. She was born February 24, 1945, in Wilmington, Ohio. She was a very active member of Poplar Grove Baptist Church. Jean was preceded in death by her mother, Rosamond Pendall; son, Kevin Hight; and broth…