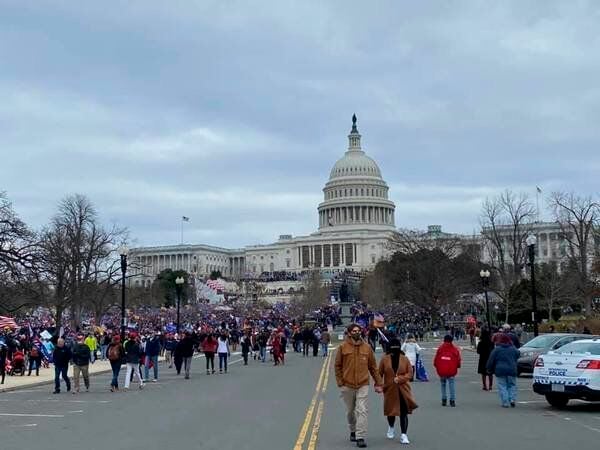 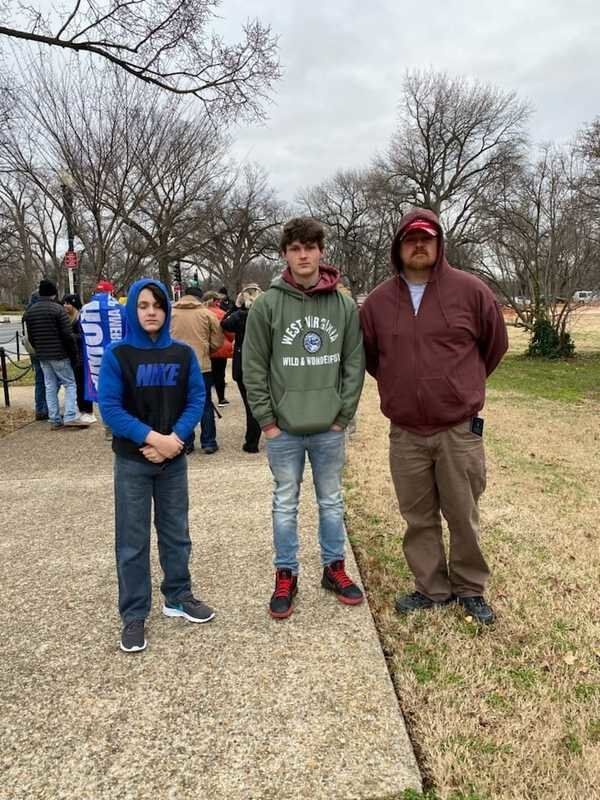 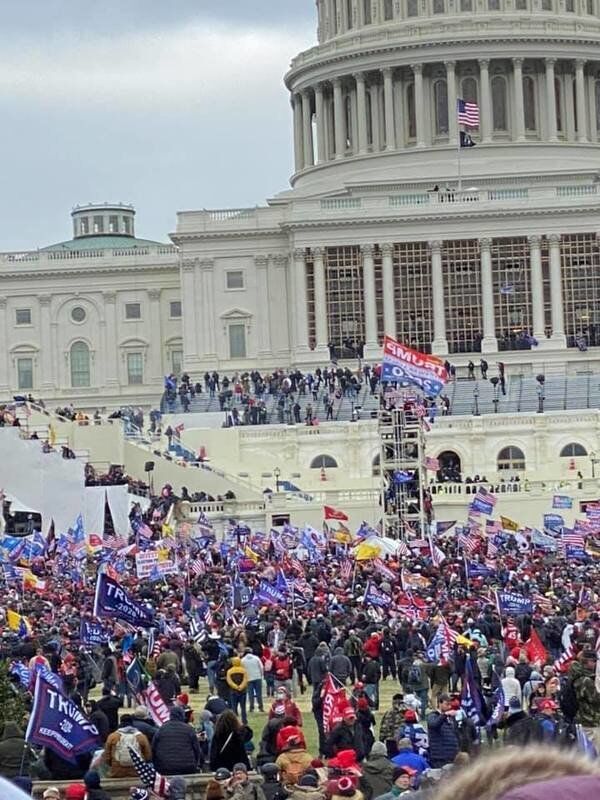 A crowd of those in attendance Wednesday in Washington. | Photo contributed by Lori Marcum

A crowd of those in attendance Wednesday in Washington. | Photo contributed by Lori Marcum

Several Tri-County individuals were on hand in Washington D.C. Wednesday as a mob attacked the U.S. Capitol. While the group did not witness the Capitol insurrection, the protest they witnessed was peaceful and exciting as they had the chance to see President Donald Trump and the nation's capital.

Lori Marcum, a local real-estate agent and Army National Guard veteran, organized a group of 42 people to rent a charter bus to travel to the nation's capital and take part in having their voices heard on wanting a fair election.

“It was peaceful, and it was eyeopening,” she said. “It was really neat to get to see things I had never seen before.”

Marcum said she felt led to go to the nation's capital.

“I felt like it was my duty to go as an American citizen, as an Army veteran,” she explained. “I just wanted my voice heard is all I wanted. I got to accomplish what I went for in having my voice heard.”

Marcum posted on Facebook asking if others wanted to attend and she got messages and phone calls from Tennessee to Ohio. The group left Corbin around 10 p.m. Tuesday.

Amongst that group were Williamsburg native Dave Phillips and his two sons. Phillips said he had originally planned to go alone, but asked his two sons if they wanted to go at the last minute.

The group’s bus arrived near the Lincoln Memorial around 8:30 a.m. Wednesday morning. Marcum says that at that time there were a few groups dotted around the area, but that larger groups of people started showing up later in the morning.

While the group eventually splintered off from one another, Marcum says she made it a point to stress the importance of having a travel buddy while walking around the area. Marcum said she told the group that if anybody were to be approached by anybody hostile, to turn around and walk the other way and not engage. The group had 12 short-wave radios they dispersed to various members of the group in order to keep in contact.

A portion of the group made their way down Constitution Avenue towards the Washington Monument. Once there, Marcum says she saw a large screen set up that would later show the President, his family, and others deliver speeches.

Phillips and his sons ventured elsewhere. Phillips says he wasn’t able to travel everywhere he wanted to because he was keeping the safety of his children in mind. He says they were able to make their way into The Ellipse to see President Trump deliver his speech.

“It was very uplifting and it was a beautiful, amazing experience,” Marcum said on seeing the President and others speak. “For this experience to happen to me, the first time I ever got to see my nation’s capital, made it 10 times better.”

“It was awesome,” said Phillips. “He’s the first president I’ve ever seen speak in person.”

When asked how his two sons felt about the experience, Phillips said they were amazed.

“My oldest boy, he’s 15, he was pointing out the secret service on top of the buildings, the rifles,” he said. “He was just amazed at the security.”

Both Phillips and Marcum say they never heard President Trump incite those in attendance to rush the Capitol building.

After the speeches were finished, Marcum says she and the members of her group began walking back down Constitution Avenue, and that the overall feeling was one of peace and happiness. She recalls people smiling, playing music, and dressed in patriotic outfits.

Marcum also recalls seeing several flags of different states and countries being held by those in attendance. She spoke about meeting a small group holding a Vietnamese flag who told her they were there to support President Trump.

“As we’re walking down Constitution Avenue, there were multiple preachers on their megaphones, and on their little PA systems they brought with them, and preaching the gospel of the Lord,” said Marcum. “They were preaching the Bible and preaching the word. It was amazing. God was there, God was moving the entire time we were there. That’s how peaceful it was.”

Marcum and her group travelled to the Lincoln Memorial Reflecting Pool. From there she said she could hear a commotion coming from across the way, and that she could see tear gas in the air. She says that while adjusting her mask to scratch an itch she could smell it, as well.

“I’ve been through the gas chamber in basic training, I knew what that was,” she said.

Marcum recalled seeing a large American flag being held over the heads of those in attendance while the President spoke. She later saw the same flag being taken to the top of steps at the Capitol.

“People had climbed the walls of the Capitol building,” she said of what she saw. “They were waiving their flags, they were happy and they were peaceful up there. Nobody was fighting up there.”

Marcum says she did see some shoving back and forth between folks on Pennsylvania Avenue but that no major fighting took place. She witnessed some folks wearing full body armor and bulletproof vests, but says she believes they were wearing them simply for protection.

“Down in front of the Capitol there was a lot of craziness down there. I took pictures, I stayed away, I didn’t get involved,” she said. “Nobody in my group got involved.”

Marcum says that her group began getting emergency notifications on their cellphones saying the area needed to be cleared.

“It was telling us we need to disperse from the area, there had supposedly been a bomb threat,” she said.

As she and her group walked back to their bus, she could see local police officers putting on gear which included helmets, body armor, and shields. She says that most of the crowds had dispersed from the area as they traveled back to their bus.

The entire group made their way back to the bus shortly before 5 p.m. They traveled back to Corbin and arrived around 4:45 a.m. Thursday morning.

Phillips said he plans to return to Washington on the 20th, the day of the inauguration.

“Whether it be Trump inaugurated or Biden,” he said on his future plans. “If Biden is inaugurated, I am going to protest that. I will be going alone at that point.”

Marcum says she would return to Washington one day, provided it was safe.

“As long as the situation was peaceful again, I would go again,” she said. “I don’t want to be in the part of people destroying things, because that’s not what patriotism is about. Patriotism and democracy are about having our voices heard in a peaceful way, not in the way of looting and burning down cities. Nothing is accomplished with that.”