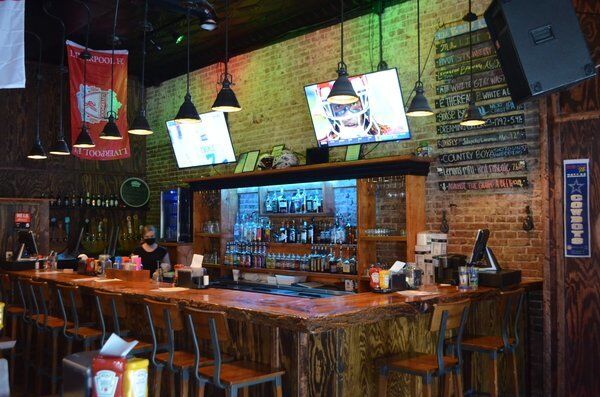 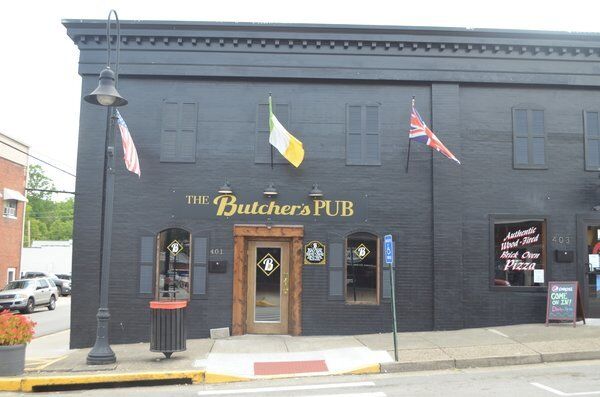 The Butcher's Pub in Williamsburg was to originally open in March, but because of the pandemic, it was forced to delay its opening until June. | Photo by Jarrod Mills 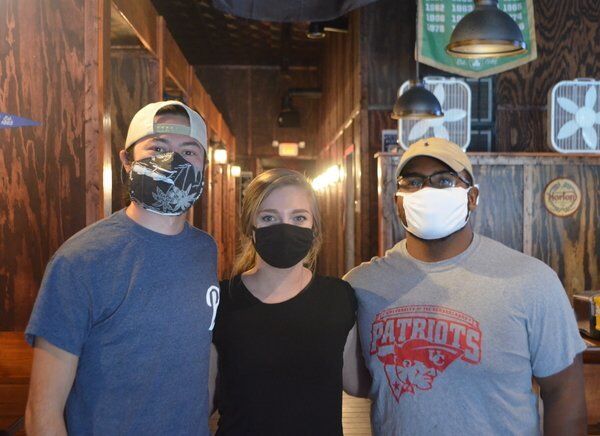 The Butcher's Pub in Williamsburg was to originally open in March, but because of the pandemic, it was forced to delay its opening until June. | Photo by Jarrod Mills

The city of Corbin took a step at the end of July to help the city’s downtown restaurants survive the capacity limitations, set in response to the ongoing COVID-19 pandemic, inside their facilities by closing a section of Third Street and creating an outdoor dining area.

The plan was voted on by city officials after hearing an appeal from the owner of Corbin’s Wrigley Taproom, Kristin Smith about the need to offer that outside as well as offer an entertainment district in downtown Corbin that had previously been discussed by the commission.

"I think it's crucial that we do that right now," Smith said in July’s city council meeting. "And when I say right now, I mean as soon as possible. I believe the test that we have been under, every decision we have to make is extremely risky as business owners and the decision for you to do this is also risky, I recognize that. But I believe that if we don't do that right now, by winter time we will not have our restaurants and businesses intact like we have had."

Since then, Corbin’s temporary outdoor dining area on Third Street has been a financial reprieve for the city’s downtown restaurants. Smith said as much during Tuesday evening’s Tourism Commission Board meeting, noting the extra seating has been the difference in losing out on hundreds of dollars for her restaurant some nights.

While the outdoor dining area continues to provide financial relief for Corbin’s downtown restaurants, other local restaurants are having to adapt to tighter budgets and stricter restrictions.

“We’re barely hanging on if I’m being honest,” Shepherd told the Times-Tribune, also noting that the weekly average revenue of Bubby’s BBQ alone had dropped to a third of what it once was before the pandemic.

Cole Atkinson, a co-owner of Williamsburg’s and Pineville's Butcher’s Pub, explained the fact that restaurants generally operate on thin margins.

“Most restaurants don’t make a profit at all for the first two years,” he explained.

Knowing this makes the idea of opening a new restaurant during a pandemic even more daunting, but that’s exactly what Atkinson has done.

The Butcher’s Pub in Williamsburg was originally supposed to open on St. Patrick’s Day of this year, the same day Gov. Andy Beshear signed an executive order closing all of Kentucky’s restaurants and bars to in-person traffic. The opening date was then delayed to June 11, with its first fully-operational day happening August 3.

The delayed opening forced Atkinson to have to hire a new majority of his staff, as the team was originally made up of mostly college students who travelled back home once Cumberlands closed its campus.

Atkinson explained the original plan for the Williamsburg location was to approach each section of the restaurant and bar in stages. During the first month of opening, Atkinson would work with the pub’s bartenders, ensuring they were properly trained in making drinks. Then in the second month, he planned on working with the kitchen’s staff on perfecting the pub’s appetizer selection, with the last month to be used to focus on the pub’s entrees.

“I was excited for summer to be our period of getting all of the kinks out, and then having fully trained staff to start, and hit the ground running once school starts back in,” Atkinson said. “Unfortunately, that didn’t happen. So we have a whole new staff that’s been trained over summer. We’re going into fall a little bit less prepared than I would have liked to have been, but we’re better off than I guess we could have been.”

Shepherd has had to make some adjustments too, by shrinking the menu at Shep’s Place and making Bubby’s BBQ buffet only.

“We can’t afford to do a menu at Bubby’s,” he said. “If you want something to go, you’ll take buffet to go. That’s all we can do. We’ve had to try to find a way to put a good product out there, but cheaper, and not hurt our quality.”

Shepherd says he has had to lay off three-fourths of his employees across both restaurants.

“I’ve got one cook and one dishwasher. When they’re not working, I’m working,” he said. “We can’t afford to pay nobody.”

“You hope the customer realizes that with all this going, we’re just trying to get back. And obviously, for most people that’s not the case because you go into a restaurant and think that ‘I’ll have to wear a mask and whatever, but everything else will be perfect.’ And it’s not,” Atkinson said, adding that he and his fellow co-owners have had to have hypothetical discussions about having to close the restaurant for a variety of reasons.

“We’re talking about how if we have to close down again how much of a nightmare that would be because just in terms of inventory, beer and food inventory, we probably have $3,000-$4,000 right now. So if we close down today, basically all that’s done. It’s just lost,” he explained. “But again, that profit is very, very slim, so suffering a $4,000-$5,000 loss immediately takes you out of profit. It immediately puts you in a hole that’s hard to recover from.”

Atkinson said the biggest regulation hurting business is the limit on capacity. Gov. Beshear recently eased the seating capacity restriction on Kentucky’s restaurants raising it from 25% to 50% just this week.

“Those stickler regulations that follow: employees wearing masks, employees wearing gloves for everything, having to walk to a table with your mask on, those are the types of things that are very, very annoying and perception wise may hurt your bottom line,” Atkinson explained. “But in terms of actually getting sales in the door, those don’t technically hurt your bottom line. If we’re at 100% capacity, and every single person has to wear a mask in here, we’re still making those sales at the same profit margins. The major one is the capacity and that’s the one that’s sort of the killer.”

According to Beshear’s orders, restaurants are only allowed to operate at 50% capacity provided they are able to offer six feet of social distancing between each dining party. Something Shepherd says is difficult to do, if you want to follow the guidelines.

Shepherd said even if the Governor were to allow Kentucky’s restaurants to operate at 100% capacity, he doesn’t believe the profits would return to pre-COVID levels.

“Even if we were at 100% right now, we’re not going to get what we normally get because people are scared right now,” he said, citing the Governor’s capacity restrictions as a large driving force behind the fear.

“Looking at it, people put a lot of faith in government,” Shepherd said. “When you pick out one type of business out of everything in the state of Kentucky, and say, ‘I’m going to lower your capacity,’ it makes it look like that if you go there, you’re going to get it. You’re allowed to congregate in a lot of other places, but just not in restaurants. It doesn’t make sense to me.”

In the end though, Shepherd said it’s the uncertainty that can be the most stressful.

“The biggest thing about it is, if they said, ‘first of September we’ll be wide open,’ I’m good with that. But I see no light, there’s no time table. Do I keep just trying this, or what?” he questioned outloud, later adding, “Don’t get me wrong, I want people to be safe. I really do. But you could be looking at a year from now, the places you like to eat, aren’t here anymore.”