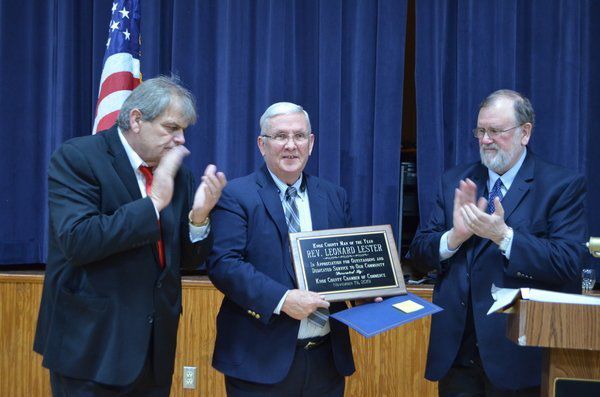 Rev. Leonard A. Lester was named Knox County Man of the Year by the Knox County Chamber of Commerce. | Photo by Jarrod Mills 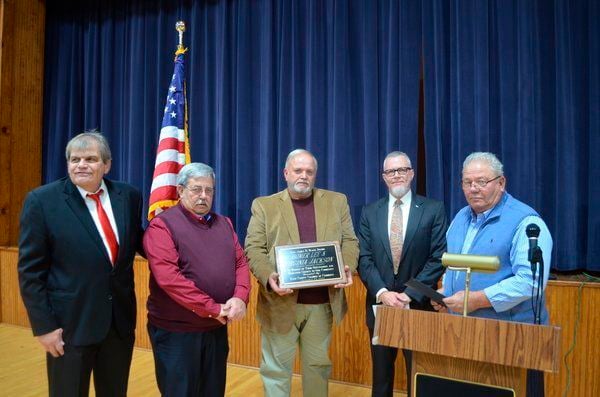 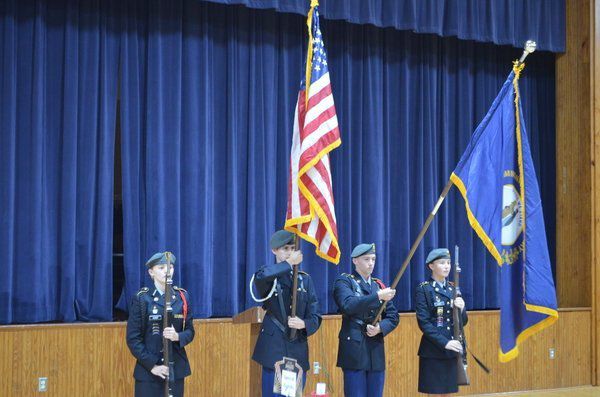 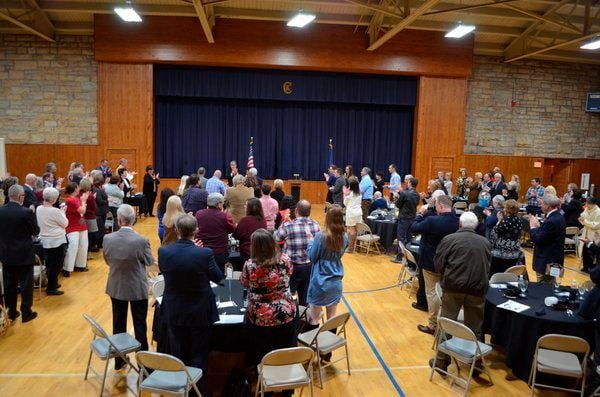 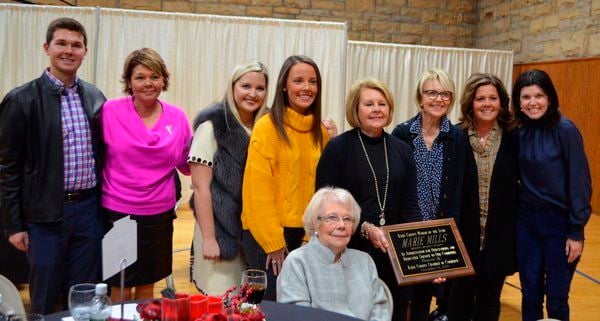 Marie Mills and family after being named Knox County's Woman of the Year. | Photo by Jarrod Mills

Rev. Leonard A. Lester was named Knox County Man of the Year by the Knox County Chamber of Commerce. | Photo by Jarrod Mills

Marie Mills and family after being named Knox County's Woman of the Year. | Photo by Jarrod Mills

Many were gathered as the chamber honored four individuals with awards.

Marie Mills was named the Knox County Woman of the Year.

"Marie Mills is an individual that is undoubtably one of a kind," read Chamber President Rich Prewitt reading from a biography on Mills. "While her demeanor to many appears soft, she has proven herself to be resilient in the face of adversity. She has encountered both great triumph and great tragedy in life, all while meeting each circumstance with practicality, understanding, honesty, and grace."

Mills' husband, Vance Mills, entered into the drilling businesses while Marie kept businesses records, transported equipment parts, and directed payrolls from whom they employed. Eventually, Vance trusted and valued Marie's opinions so much, he often consulted with her on both the employing process, and in some cases terminations.

Mills has been a part of Mills and Garland Appalachian Oil, G&M Oil, GM drilling, VM&M Rock Quarry, Heritage Nursing Home, and Parkway Plaza, and many other business ventures in the Tri-County area.

Rev. Leonard A. Lester was named Knox County Man of the Year by the Chamber.

Lester was born in Richland, Virginia in 1947. He was a graduate of Tazewell High School in Tazewell, Virginia before graduating from Berkshire Christian College in Lenox, Massachusetts with a Bachelor of Arts Degree in Theology. He was licensed to preach in 1963, and ordained in 1970.

Lester served under three County Court Clerks as Manager of Elections for 10 years, and has served as the polls as Sheriff of Elections for 20 years. He has been active in counseling ministry in our community for almost 20 years for three different medical clinics, and several churches and associations. He has been facilitating Prayer on the Square held in Barbourville for 10 years.

"One of the verses of scripture that has challenged me has been Jeremiah 29:7," said Lester addressing the crowd.

"Seek the welfare of the city I have deported you to. Pray to the Lord on its behalf, for when it has prosperity, you will prosper," he quoted. "I want to thank the Chamber of Commerce for this honor, and this dinner, most of all for the many times that they allowed me to corporately pray, and seek before the Lord the welfare of this city, and this region."

"We have extremely capable and loving leaders, and people who have invested in this community. Thank you for allowing me to be a part of your good work. I want to thank the Community for this honor," he continued adding, "I love each of you. Thank God for sending me here to serve Him with you in these historic times."

"If you're from Barbourville, you know Homer Lee Jackson," said Mike Mills presenting a biography of the couple. "Everybody knew Homer Lee and Virginia. You had to know them both because they were always together."

After a brief stint in Ohio looking for work, the couple moved back to Knox County. Homer Lee worked as a coal miner during the day, but was an entertainer by night. While playing music one night with his band and wife, he was discovered by the owner of the WBVL radio station in Barbourville.

Homer Lee quickly moved up the rankings at WBVL becoming station manager. Homer Lee was also known for his "Homer Lee's Old Time Show at the Daniel Boone Festival." Much like he did every morning, Homer Lee entrained the massive crowds that would come and watch him every year at the festival. He was named a lifetime member of the Daniel Boone Festival Committee and was named the festivals Man of the Year in 1980.

"You could say a lot of people have done that," said Mills. "It's a little bit different when you're a democrat in heavily republican county. He was able to win two terms, that just shows what people thought of him. Virginia continued to support all of his efforts. She became his secretary."

"Virginia was a woman of true loyalty," Mills said. "She always encouraged Homer in his political and entertainment endeavors. She was also a loving mother of three boys. She was tremendously proud of her family. She was world famous for her apple pies,."

Cadets from Knox Central's ROTC program were on hand to perform the Presentation of Colors. Before the evening's dinner. Gary Baxter provided musical entertainment on acoustic guitar. The dinner was catered by David's Steak House.