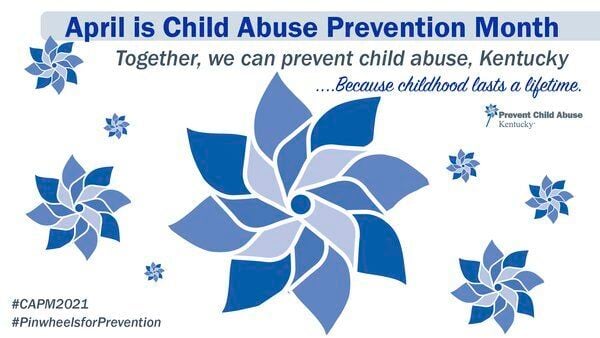 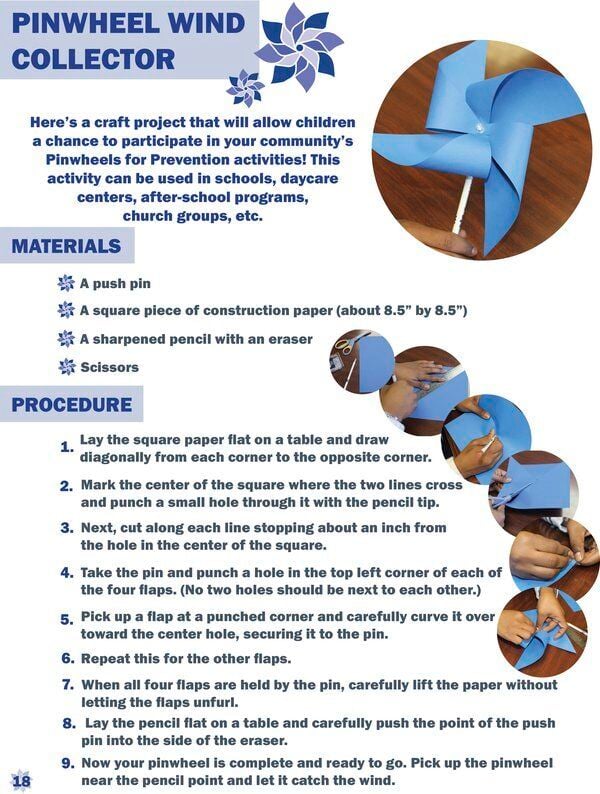 During the month of April, blue and silver pinwheels line the lawns of Kentucky’s Capitol, schools, and other official buildings across the state in honor of Child Abuse Prevention Month.

“There is no greater priority for me as Kentucky’s governor than ensuring the safety and health of our children both physically and mentally,” commented Gov. Andy Beshear who proclaimed the month of April as Child Abuse Prevention Month in the commonwealth.

Unfortunately for the Bluegrass State, for the third straight year Kentucky leads the nation with the highest child abuse rate.

While numbers are down from last year’s report - Kentucky had a rate of 23.5, according to 2018’s report, and 22.2 in 2017’s report - Kentucky’s lawmakers have passed at least two bills during this year’s legislative session in an effort to reduce the state’s rate.

Gov. Beshear recently signed House Bill 254 into law. The bill was a bipartisan effort that will help law enforcement better protect Kentucky’s children by enhancing penalties against predators who possess, view or distribute sexually exploitive material of minors younger than 12.

“As attorney general, I saw first-hand how our children can be exploited online, often without even realizing it. HB 254 provides law enforcement with the authority to charge offenders with more serious crimes,” said Gov. Beshear. “This bill is personal to me as a father of a 10- and an 11-year-old. Protecting our children has to be our number one priority.”

In a similar fashion, the legislature approved House Bill 472 into law, which extends the statute of limitations for misdemeanor sex offenses against children from five to 10 years, among other provisions.

“Most children, in particular the very young, do not disclose abuse in real time,” said Gov. Beshear. “We must do everything we can to create the safe pathways so that survivors of childhood sexual abuse feel empowered to make their voices heard and tell their stories in their own time, while ensuring we can still hold the perpetrators accountable.”

The Governor also signed Senate Bill 64 into law, which better defines the requirements and standards for background checks for those working at youth camps.

“Today is a good day for kids in Kentucky,” Dr. Terry Brooks, executive director, Kentucky Youth Advocates said in a video following the aforementioned bills becoming law. “We are tackling the pandemic of child abuse through a set of common ground and common sense policy innovations. These measures will ensure that survivors can seek accountability for their perpetrators, that they can access critical healing services, they will ensure there are safe adults at youth camps, and they will guarantee that there are tougher penalties for those who exploit children online.”

“I know this past year is one that we never want to live through again,” echoed Jill Seyfred, executive director, Prevent Child Abuse Kentucky. “But as our communities begin to open up, we now know that we have additional safeguards for our kids.”

On Monday, Attorney General Daniel Cameron and Prevent Child Abuse Kentucky launched an awareness campaign to prevent child sexual abuse in Kentucky entitled, “Are They Good for Your Kids?”

The campaign, which was developed through a grant from Kentucky Child Victim’s Trust Fund, challenges parents and caregivers to consider the adult influences in their child’s life and to play a role in preventing or identifying when an adult is grooming a child. More information, tips, toolkits, and training to prevent child sexual abuse can be found at pcaky.org/AreTheyGood4YourKids.

This is the first story in a series that will run throughout this month to raise awareness for Child Abuse Prevention Month.