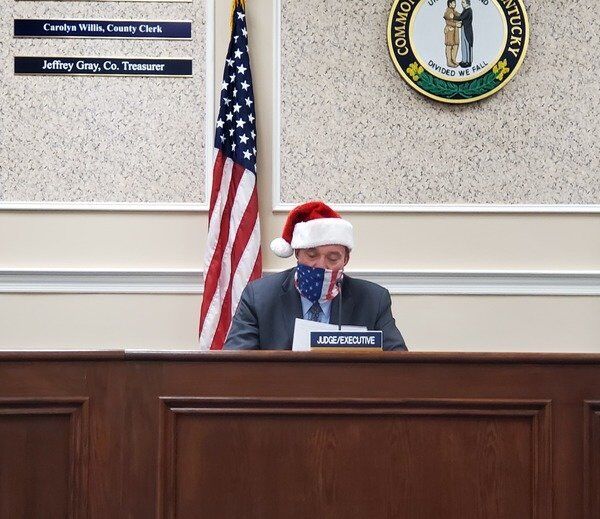 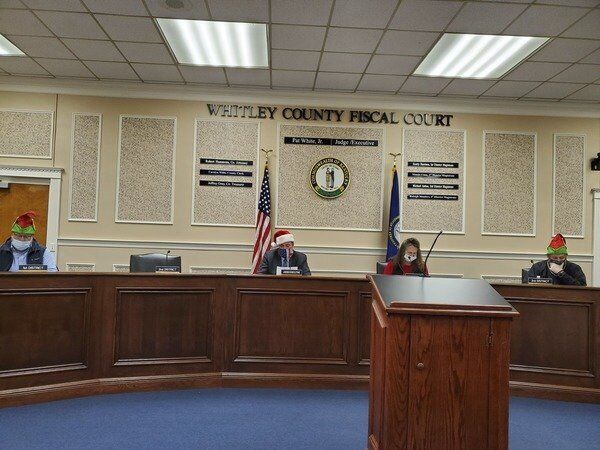 Members of the fiscal court approved a resolution allowing Santa Claus to use Whitley County's airspace during the overnight hours on Dec. 24, and 25. | Photo by Jarrod Mills

Members of the fiscal court approved a resolution allowing Santa Claus to use Whitley County's airspace during the overnight hours on Dec. 24, and 25. | Photo by Jarrod Mills

“It’s one of my favorite things every year,” said Whitley County Judge Executive Pat White, Jr. “It’s probably the most important thing to some people, especially the younger generations in our county.”

The resolution reads as follows:

Therefore, be it resolved on this 15th day of December, 2020 by Whitley County of the Commonwealth of Kentucky, the Whitley County Fiscal Court grants approval for the usage of airspace by Santa Claus on Dec. 24, and 25, 2020.”

“And we’d like to wish everybody a safe and merry Christmas,” White added.

The court approved the second reading of a petition to adopt Buggy Bill Johnson Road into the county road system.

Buggy Bill Johnson Road is located in Whitley County’s first district and is a side road off of Johnson Cemetery Road. The road used to be part of the county’s road system, said White.

Resolution 2020-36 was also approved by the court.

The resolution authorizes Judge White to sign a contract with the Whitley County Emergency Management office, that would ultimately see half of the county’s emergency management expenses paid for though a grant.

“We’ve participated in it for many years,” White explained, adding the agreement was very similar to last year’s. “This is just to allow us to seek that reimbursement for that half of expenses.”

Whitley County Todd Shelley presented his sheriff’s report for the month of November.

In other court business:

-The court approved a budget amendment for the Whitley County Clerk’s 2020 budget. They also approved the Clerk’s 2021 annual budget, as well as an order setting the maximum annual amount salary cap for the Clerk’s office.

-The court approved the public official bond for the Whitley County Clerk.

White noted that this was something the court does annually, and was just a renewal.