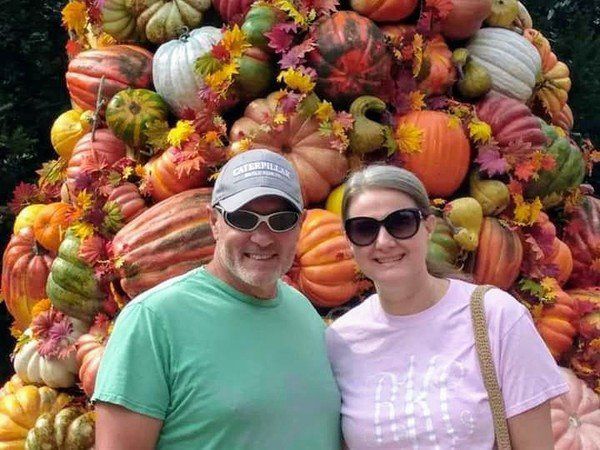 Danny, an engineer, and Carole, an educator, moved to Woodbine almost three years ago and say it's home now. The couple is working hard to raise organic products for the well-being of their friends and neighbors near and far. | Photo Contributed 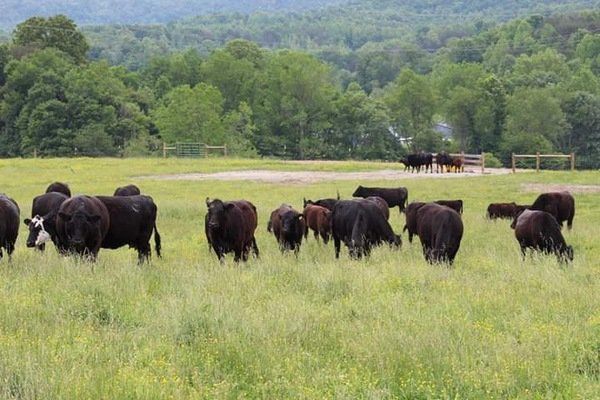 Both Danny and Carole Korakas have always had a love for farming but had never been hands-on until their move to Kentucky. They now own and operate Happy Cow Angus Beef and Morning Glory Farm. | Photo Contributed.

Danny, an engineer, and Carole, an educator, moved to Woodbine almost three years ago and say it's home now. The couple is working hard to raise organic products for the well-being of their friends and neighbors near and far. | Photo Contributed

Both Danny and Carole Korakas have always had a love for farming but had never been hands-on until their move to Kentucky. They now own and operate Happy Cow Angus Beef and Morning Glory Farm. | Photo Contributed.

WHITLEY COUNTY — When Danny and Carole Korakas picked up their family and moved from a comfortable fishing community near Savannah, Georgia to an old homestead in Whitley County, it was a leap of faith to start a new career with an interest in health and agriculture.

Nearly three years ago Danny, Carole and their three children moved to a farm in Woodbine that dates back to 1909. The land once belonged to Danny’s papaw, Shelby Cox. And like his papaw, Danny and his family would take a turn farming the land.

“It’s important to realize during National Ag Week that Kentucky’s 75,000 farm families are responsible for more than 352,000 jobs and $45.86 billion of economic output in the Commonwealth,” said Quarles. “As our nation and state mobilizes to fight the coronavirus pandemic, so are our farmers and agribusinesses. During this critical time, the Kentucky farmer will continue producing the food and fiber our state, our country, and our world needs to survive.”

No one knows this better than the Korakases who are tending to their beef and produce farm daily.

Danny, an engineer, and Carole, an educator, are now co-owners of Happy Cow Angus Beef which provides the highest quality organic and non-GMO sweet feed finished Black Angus beef shares. They offer wholesale pricing and conveniently deliver to your doorstep. They are also co-owners of Morning Glory Farm, a truly organic produce endeavor.

Both Danny and Carole have always had a love for farming but had never been hands-on until their move to Kentucky.

Since their operation began they’ve been able to put a few local people to work as they grow their business, something they're proud of and hope to do more of.

“We’ve really tried our best to be a good neighbor and help our community out,” said Danny.

Carole said the family loves the lifestyle farming has afforded them. She loves to look out her window and see a huge pasture of cattle. It’s a 180-degree turn from the gated community they left in Georgia, but they don’t regret the mountains they’ve chosen, describing the “holler” in which they now live.

Before, the husband and wife would have to carve out time to spend together, and how they’re together almost all the time.

“It’s turned out to be a blessing,” said Danny. “We have a lot more time together as a family. If I want to go to a high school musical for my girls I get to do that, before I could never do it. My job would never afford it.”

However, the move and the career change from corporate America to agriculture came with some risk.

“We gave up a really good paycheck to come and invest our life savings into this farm,” said Danny. “We had to believe God would see us through this. This is something he put in my heart.”

Danny admits when the farm first came available he wasn’t on board to leave his career but he said he knew it was his destiny and felt something bigger was leading him to the farm.

“It’s been rough and we stepped out on a limb of faith,” said Danny.

But in the two years his family has been building their farm, they’ve reached consumers as far away as Wisconsin and Florida. And they’re cashing in on a unique way to sell their produce. They don’t set up at farmers' markets or supermarkets.

They sell $20 fresh picked baskets of produce and deliver them to buyers the same day.

Danny said by doing this, people are getting excellent organic produce delivered to their door and they don’t have the hassle of setting up and tearing down.

And about their beef sales. They hand deliver that as well. The couple just got back from South Carolina. They said they use the travel opportunity as a way to help their children experience and see the United States. They also believe it’s important for their customers to see them face-to-face. Both farms rely on social media to help market their products.

The couple is passionate about their new career.

Danny reminds consumers that when they receive food from a restaurant, it didn’t just magically appear, but farmers were intentional and mindful about getting those products and ingredients to those restaurants.

“I know that what I’m doing is affecting the health and wellness of husbands and wives, kids and adults,” said Danny. “Organic farming is so important to us. We understand that the corporate fields and feed lots. If something were to happen to them, they fall upon people like Carole and myself.”

The pair agree that what they are doing now in life is much more meaningful than before, but it’s a full-time operation, running 60 heads of cattle.

When it comes to their children the couple doesn't force them to work on the farm. Carole said instead they provide them the opportunity to if they wish. And Danny wishes they would a little more often.

“When I go to the greenhouse, I don’t make them go,” said Carole who is raising a middle schooler, a high schooler and has a son in the Navy. “Sometimes I will invite them to go with me just to talk and they enjoy doing that. It is more important to us that they enjoy this lifestyle.”

Danny agreed and said we didn’t want to put them in a position to where they hated the farm. He said the children were on board with the move to Kentucky and he just wants their memories of the farm to be lasting and loving, rather than of work and dread.

Between the landscape, the large animals and the learning curve, some days can be hard for Danny. He’s used to being in control and it’s hard to do that with animals and mother nature.

The other day as Danny was walking back from the barn he was praying and thanked God for all the hard work that his papaw put in before him.

“The basic foundation was here,” said Danny. “He had done so much work by hand, whether it was roads going over creeks and just the sheer work and appreciation to know that I would at least have something to work with.”

Danny is thankful for the work of his ancestors and he feels a sense of pride to be building upon the legacy that was started in the mountain holler of Woodbine so many years ago.

And as much as they’re thankful to what was done to land before they arrived they are just as thankful to the community’s response to their arrival. The couple said they came to Whitley County without knowing a soul and have been fully embraced.