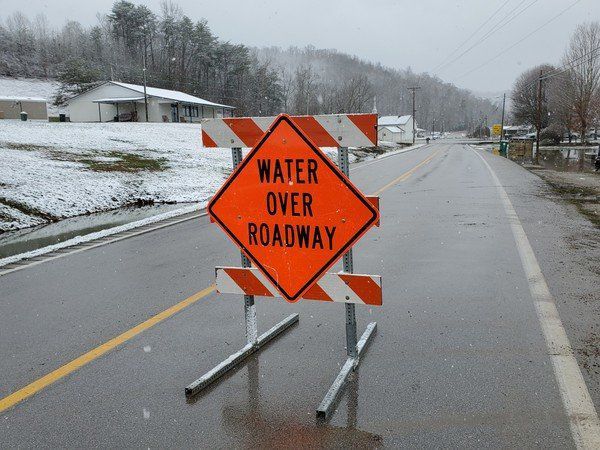 Drivers are cautioned to not attempt to drive over any roadways covered in water. | Photo by Jarrod Mills 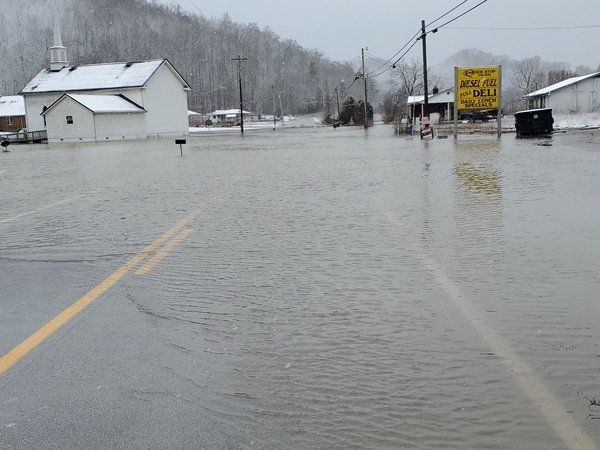 Roadways are covered in several locations throughout Knox and Whitley counties. | Photo by Jarrod Mills

Drivers are cautioned to not attempt to drive over any roadways covered in water. | Photo by Jarrod Mills

Roadways are covered in several locations throughout Knox and Whitley counties. | Photo by Jarrod Mills

Gov. Andy Beshear declared a state of emergency on Friday evening in response to flooding in several southeastern counties.

“By declaring a state of emergency, I am enabling the mobilization of state resources to be utilized in support of cities and counties in need,” said Beshear. “We are acting swiftly to ensure the safety and security of Kentucky families and communities that have been impacted.”

The Kentucky Division of Emergency Management (KYEM) activated the State Emergency Operations Center (SEOC) on Thursday at a Level 4. To date, KYEM has received eight county and three city state of emergency declarations.

As historic flooding brought the city of Pineville to close one of its floodgates for the first time on Thursday, Knox County officials were monitoring their neighbors in Bell County and began preparing by declaring a state of emergency Thursday at 11 a.m.

The record flooding continued on Friday as Barbourville and Williamsburg recorded record numbers and flooding caused devastation throughout the area.

Officials in Bell County issued a state of emergency on Thursday morning as well. As last reported by the National Weather Service at 10:30 a.m. Friday, the Cumberland River was reported at 1,012.6 feet in Pineville. Major flood stage for the river in Pineville is 1,019.0 feet.

The NWS reported the river crested in Pineville at 1,019.06 feet Thursday evening.

Neighboring counties Knox and Whitley knew it wouldn't be long before the flooding problems worsened in their own counties.

The NWS expected the river to crest at 40 feet by Friday afternoon before lowering. The expected crest would put it at the 10th highest in recorded history.

The NWS reported at 2 p.m. Friday the Cumberland River in Williamsburg was at 32.19 feet Friday. The minor flood stage for the river is 21 feet. The moderate flood stage is 27.5 feet and 32 feet for major flood stage.

The NWS predicted the river would continue to rise to 32.8 feet by Saturday afternoon. The predicted crest would be the seventh highest in recorded history.

An evacuation center had been set up in Williamsburg at the Williamsburg Tourism and Convention Center, 650 S 10th Street, for those who had been affected by the flooding Friday morning.

Several roads have been closed or are water covered throughout the area. Local officials remind drivers to not try to drive over water covered roadways.

“Kentucky Emergency Management officials, along with local emergency management personnel, will be conducting damage assessments in the declared counties beginning Saturday, Feb. 8, through next week, as water recedes,” stated Michael Dossett, director of KYEM. “In addition, please be aware of emergency responders who will be active during the following week.”

Gov. Beshear has also issued an executive order implementing Kentucky's price-gouging laws. The emergency order triggers Kentucky’s consumer protection measures the next 30 days. The protective measures may be extended beyond 30 days if needed.

If anyone has information regarding possible price gouging, contact the Office of the Attorney General Consumer Protection Hotline at 888-432-9257.