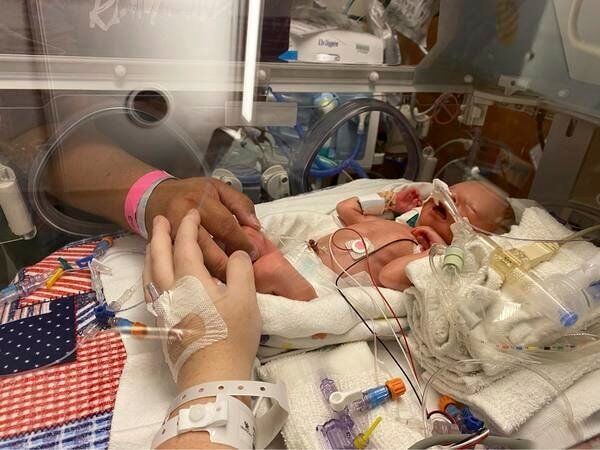 Moses Peters was born on May 24, 2021 at only 29 weeks after his mother, Arianne, contracted COVID-19. After one brain surgery and 75 days in the NICU, Moses is home and is the biggest reason Arianne has decided to follow her dreams of opening an children's resale and consignment store, Noah + Moses, which will be opening at the end of the month. | Photo Contributed 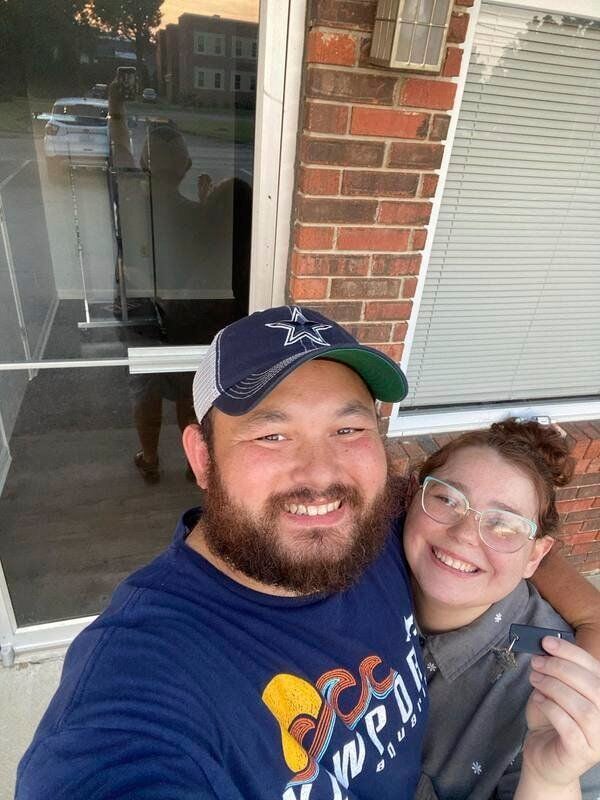 Vernon and Arianne Peters signed the lease for the unit that will house their children's resale and consignment store, Noah + Moses, in late September. The couple, with the help of some family members, have been hard at work preparing for the store's opening in late October. | Photo Contributed 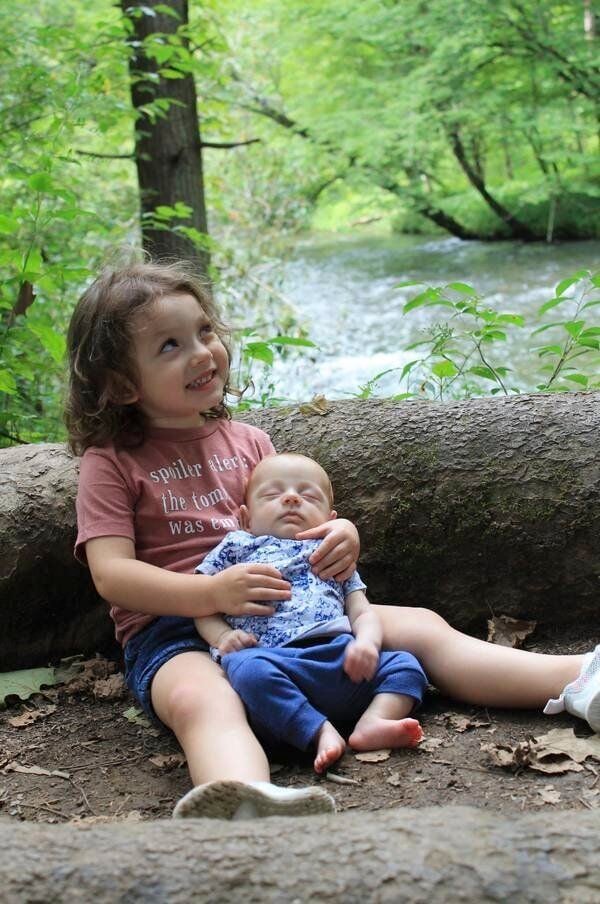 Moses Peters was born on May 24, 2021 at only 29 weeks after his mother, Arianne, contracted COVID-19. After one brain surgery and 75 days in the NICU, Moses is home and is the biggest reason Arianne has decided to follow her dreams of opening an children's resale and consignment store, Noah + Moses, which will be opening at the end of the month. | Photo Contributed

Vernon and Arianne Peters signed the lease for the unit that will house their children's resale and consignment store, Noah + Moses, in late September. The couple, with the help of some family members, have been hard at work preparing for the store's opening in late October. | Photo Contributed

CORBIN—It was during her son’s NICU journey that Arianne Peters realized life was too short not to follow her dreams. Now, Arianne’s dreams are becoming a reality as her children’s resale and consignment shop is preparing to open later this month.

Arianne, who was born and raised in Corbin, married her husband, Vernon Peters, five years ago. Two years later, the couple had their daughter, Noah, and Arianne soon began a career in social work.

In May, the Peters family all came down with COVID-19 while Arianne was pregnant with their son, Moses. After several trips to the ER, Arianne was flown to the University of Kentucky Medical Center where she delivered her son 11 weeks early.

“In May, everything was opening back up, everyone was believing this was over, so although we were safe—we wore our masks, we social distanced—we were kind of optimistic that all this was going to be over, then we got COVID,” Arianne said. “It affected my placenta and caused him to get inadequate blood and oxygen through the placental port.”

Moses was born with brain damage due to the lack of blood and oxygen and from there, a list of other medical issues arose. Moses had to have brain surgery and spent 75 days in the NICU.

“They did not think he was going to make it when he was born and they thought if he did make it, they questioned his quality of life, if he would ever be off of machines,” Arianne said. “But here he is—eating on his own, breathing on his own. Really he’s a miracle baby. Everything they told us to expect and worry about, none of that has happened. We definitely believe all this happened because of God. There’s no way that he could have pulled through all this without him.”

During that time, Arianne began looking at work-from-home jobs, as she knew she wouldn’t be able to leave her son at a daycare due to his medical needs, as he has to be monitored around the clock for any changes in his condition. That was when Arianne turned to children’s resale and consignment, a dream she hoped to achieve only in retirement and something that would allow her to make her own schedule around her son’s doctors appointments.

“I had always talked about it and had put that in our plans for when we retire and have the money for it,” she said. “Then, when we figured out that I couldn’t work anymore, I was like ‘why don’t I do this?’ There were a few times when we didn’t think he (Moses) was going to make it, so it made us really think about death and not only did I have to think about ‘what if my kids died, what kind of life have I given them up until that point?’ We also had to think about ‘what kind of life are we living?’ We just decided life is too short just to dream and we really needed to, no matter how scary or unprepared we were, we just needed to do it.”

After signing the lease in late September, the Peters family got to work on preparing their shop, “Noah + Moses,” which is named after their children.

“We’ll look through them and if we like what you have, we’ll make an offer on what we want,” Arianne said. “We’re trying to differentiate ourselves from the consignment shops in the Lexington and Richmond area, most are chain consignment resale but we want to provide boutique-quality and full outfits.”

Noah + Moses will also serve as a storefront for several Appalachian children’s shops as well, including local handmade children’s clothing, handmade bows, necklaces and other items.

“As a small shop, I want support small shops, so we’re trying to make room for those shops,” Arianne said. “Although E-commerce is the big thing right now, it’s hard, especially in a small town, to get your name out there, so we want to be able to provide a storefront for small family-owned shops.”

Noah + Moses is an eco-friendly shop that encourages up-cycling gently used items, encourages community members to shop local and hopes to show the community love and kindness through their upcoming events.

“We hope to eventually do stuff for the community once we get our roots in here,” Arianne said. “We hope to do some socials for physically disabled and neurodivergent children in the area. We also hope to, once a year, do a fill-a-bag where you call fill a bag for whatever donation you want and that donation goes to a Corbin nonprofit. We have a lot of ideas.”

Arianne hopes her family’s story will encourage others to go for their dreams.

“As parents, a lot of times we feel like we have to be selfless, you need to work that job you don’t want to work just so you can get food on the table, so you can give your kids everything because we all want to spoil our kids, but make sure you do things for you too,” she said. “I would love to say that every single choice with this shop was for my kids but this is for me, this is for my mental health, this is for my happiness.

“Follow your dreams, don’t fall into the grind of what society expects you to do and you have to be a martyr for your children in every single step you take in life because you’re going to be a good parent regardless.”

Arianne also hopes to help other parents who have a child with a medical condition realize that it’s OK to grieve for their child, their pregnancy or birth they were expecting.

“People always expect you to be happy and grateful for every single step,” she said. “You need to grieve, take your time to grieve. It’s OK to feel robbed of your pregnancy and birth, it’s OK to have grief and anger over that.”

Follow Noah + Moses on Facebook and Instagram for an announcement on their grand opening. Noah + Moses is located at 801 Master Street, Unit 2 in Corbin and will be open Tuesday through Saturday from 10:30 a.m. to 5:30 p.m. once open.