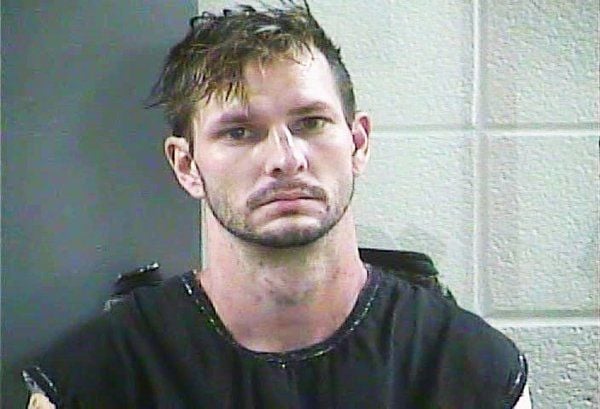 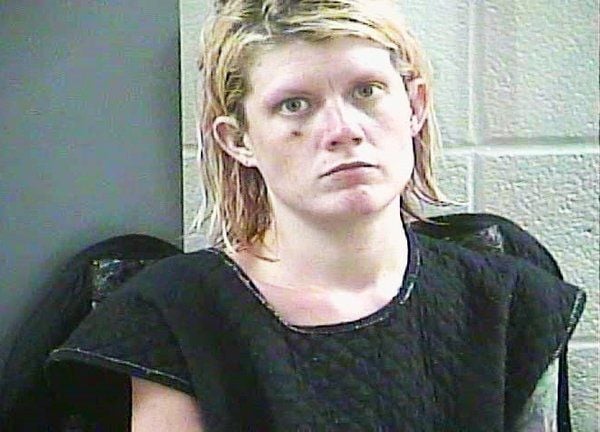 LAUREL COUNTY – Four people who were arrested and charged in connection to the June murder of a Corbin woman were indicted Friday by a Laurel County grand jury.

Joseph Craig McFadden, 32; Christie Elizabeth McFadden, 28, both of Corbin; Michael Hinkle, 48; and Cody Hinkle, 24, both of London, were named in a five-count indictment for charges that allegedly occurred between June 15 and June 19.

Count one of the indictment charges Joseph and Christie McFadden with murder.

Count two of the indictment charges Joseph and Christie McFadden with theft by unlawful taking of the value of $500 or more but less than $10,000.

Count four of the indictment charges Joseph McFadden, Christie McFadden, Michael Hinkle and Cody Hinkle with abuse of a corpse.

Count five of the indictment charges Joseph and Christie McFadden with first-degree fleeing or evading police.

Sherry Rose, 58, was reported missing by her coworkers at Walmart June 18 having not been seen since June 12 at approximately 6 p.m., though that missing person report soon shifted to a murder investigation.

According to testimony given by Laurel County Sheriff’s Detective Chris Edwards during a June 26 preliminary hearing, when officers arrived at Rose’s Thoroughbred Trail residence on the evening of June 18, blood was allegedly found outside the home, according to Edwards, leading to a search warrant being pursued by police.

Once inside the home, Edwards said that more blood was located in several areas. Interviews were then conducted of nearby residents who allegedly stated they had witnessed Joseph and Christie McFadden leaving and returning to the home multiple times in Rose’s missing vehicle on the weekend leading up to her being reported as missing. With that information, the pair was developed as suspects.

Joseph and Christie McFadden were later located at some apartments in Laurel County in the early hours of June 19 and taken into custody for questioning. It was during interviews with police that the pair allegedly admitted to causing Rose’s death, according to Edwards, describing the events that transpired the night Rose was killed.

Edwards said Christie McFadden stated during her interview that an altercation had broke out between her, Joseph McFadden and Rose the afternoon of June 15, which ended with Joseph McFadden using a knife to attack Rose.

Preliminary results from an autopsy of Rose’s body shows that she died from a wound to the throat approximately 5 inches wide and 2 inches deep, piercing her carotid artery and trachea. Edwards said the medical examiner noted the wound appeared to be a “slicing wound” and that it was likely that the person who caused the wound would have been standing behind Rose when it was inflicted.

Following the incident, the McFaddens allegedly put Rose’s body into a suitcase before purchasing materials, including mops, bleach and ammonia to clean up the crime scene. The pair then used Rose’s vehicle to transport her body to what Edwards said Joseph McFadden described as “the farm.” From there, Rose’s body was moved from the suitcase and wrapped up in a vinyl tent, placed in a different vehicle and taken to the rural location in Clay County near the Laurel County line where her body was later located.

Rose’s car was also abandoned at a location off Roark Road in southern Laurel County.

According to Edwards, Michael and Cody Hinkle were added as suspects in the case due to information provided by the McFaddens during interviews with police. Edwards said the “farm” that Joseph McFadden referred to initially transporting Rose’s body to is allegedly owned by the Hinkle family. In addition, Christie McFadden allegedly told police that Michael and Cody Hinkle helped clean up the crime scene.

Michael and Cody Hinkle were also arrested the morning of June 19.

Michael and Cody Hinkle’s bonds were amended from separate $10,000 cash bonds to separate $10,000 fully secured bonds during the preliminary hearing. Both have since posted bail and been released.

An indictment is a formal charge by a grand jury; it is not a conviction or an admission of guilt.