Community to gather and pray for first responders, hospital workers 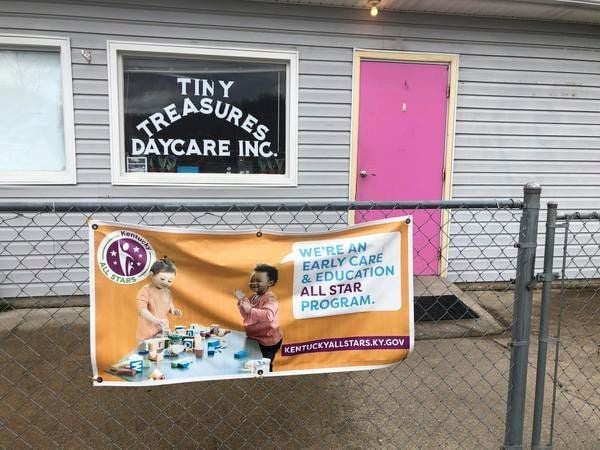 This Tiny Treasures Daycare location is in the Hinkle community. | Photo contributed 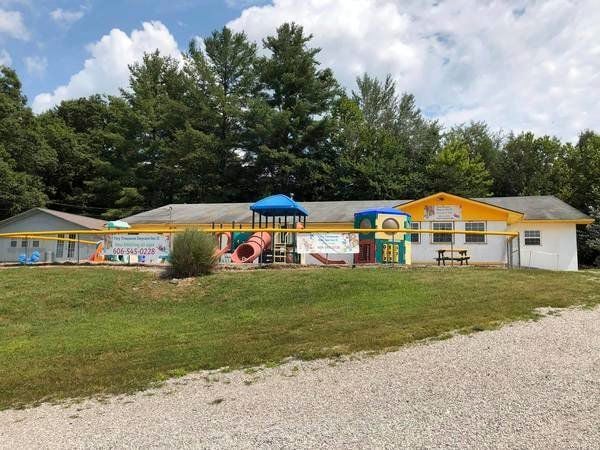 Opened in 2019, Tiny Treasures' Barbourville location had to close Friday, following the Governor's orders given earlier this week. | Photo contributed

This Tiny Treasures Daycare location is in the Hinkle community. | Photo contributed

Opened in 2019, Tiny Treasures' Barbourville location had to close Friday, following the Governor's orders given earlier this week. | Photo contributed

“I was definitely nervous about it,” said Holly Isom, a working mother of two young children, on the Governor’s decision.

Isom has been taking her daughters to Tiny Treasures Day Care in Knox County’s Hinkle community for the last couple of years.

Tiny Treasures Day Care was opened in 2009 by Ilene Hubbard with the goal of providing a safe place for her family, friends and neighbors to take their children. Hubbard opened a second location in Barbourville in 2019.

Angel Hale has worked for Tiny Treasures for the last five years and has been the director of the daycare for the past year. She says she didn’t think the governor would close childcare facilities as quickly as he did.

“We honestly didn’t think we’d have to close this quickly because of the repercussions, because of how it really does affect so many people as well as the economy,” Hale explained. “It’s not just us losing our jobs, it’s not just our business shutting its doors, but the trickle down effect impacts a lot of people.”

Sheila Smith is a small business owner and works full-time at the Appalachian Children’s Home. She says she had an inclination that Kentucky’s daycares would close not long after Kentucky’s schools did.

“We got a three-day warning sort of that they would close by Friday whereas schools closed extremely quickly, but even in the world of working parents, that’s still pretty fast,” explained Smith. “Our daycare was already kind of prepping us for that. Even if you gave a two-week notice, that’s still pretty fast when you’re trying to run a business and work a job, and do all of that stuff that you’ve got to do, like taking care of kids with homework at home. So, I’m glad that we got a little bit of a notice, but even a little more would have still felt fast.”

Smith says she’s blessed to have the support system she has to help with childcare during this time.

“We’re very blessed because we’ve got a very good support system as far as our friends and our family, and even our church family that will help us. But I know not everybody has access to that.”

Isom is also having to depend on family for childcare during this time. Her current customer courtesy job allows her to work from home, however she says she wouldn’t be able to focus on work and caring for her children at the same time. “My children are young and there’s no way I could do both,” Isom explained.

“It’s not perfect, but we’ve got to do what we can," Isom said on the arrangement. "I don’t really have a long term plan right now. I’m just kind of figuring it out as it comes to me.”

Hale explained that she has heard from numerous parents and clients who are worried how they will juggle childcare and work.

“Today, I had a parent look at me and say, ‘what are we going to do? We don’t know what we’re going to do.’ I feel terrible, because I don’t have an answer for them,” she explained. “I’ve only been director for a year, but I’ve worked here for five and these kids are my family.”

Hale told the Times-Tribune that she has a client who has already paid for their vacation in October, but is now having to use their vacation days at work to instead care for their children.

Hale said she and Hubbard discussed their options at the time and felt like the staff at Tiny Treasures Day Care wanted to stay open for the families of their communities. She says she figured that would include stricter regulations by the state, but that the staff were prepared if that were the case.

“We knew that might mean we would have to make a lot of changes and would cost us, and make things a lot more complicated; like maybe bring in more teachers so we can make our rooms smaller, and really enhancing our illness protocols. We thought that they might evoke some really tough rules to follow, but we thought they would do that before they would shut our doors.”

“I’m not upset about it, not at all,” Smith said on the Governor’s announcement. “We want to be reverent and do what we can do.”

While the Governor’s decision may cause hardship for some families, Hale says there is some silver lining to it, as Hubbard was having a hard time shopping for necessary supplies and food needed to run the daycare.

“There was no toilet paper, no paper towels, no cleaning supplies which we had all that in stock thankfully to get us to Friday, but if we hadn’t closed, I’m not sure what we would have done next week,” Hale said.

State regulations on daycares determine the foods and snacks they can provide the children they care for. Hale says her staff were having a hard time finding anything, much less items approved by the state.

Hale says she and Hubbard haven’t received any word on when the daycare would be allowed to reopen.

“I know with the schools Beshear’s sort of set up a game-plan, sort of a timeline, and let them choose. But for us, they haven’t even given us a, ‘maybe you can open back up when the schools open.’ I kind of feel like that’s what it’s going to be though.”