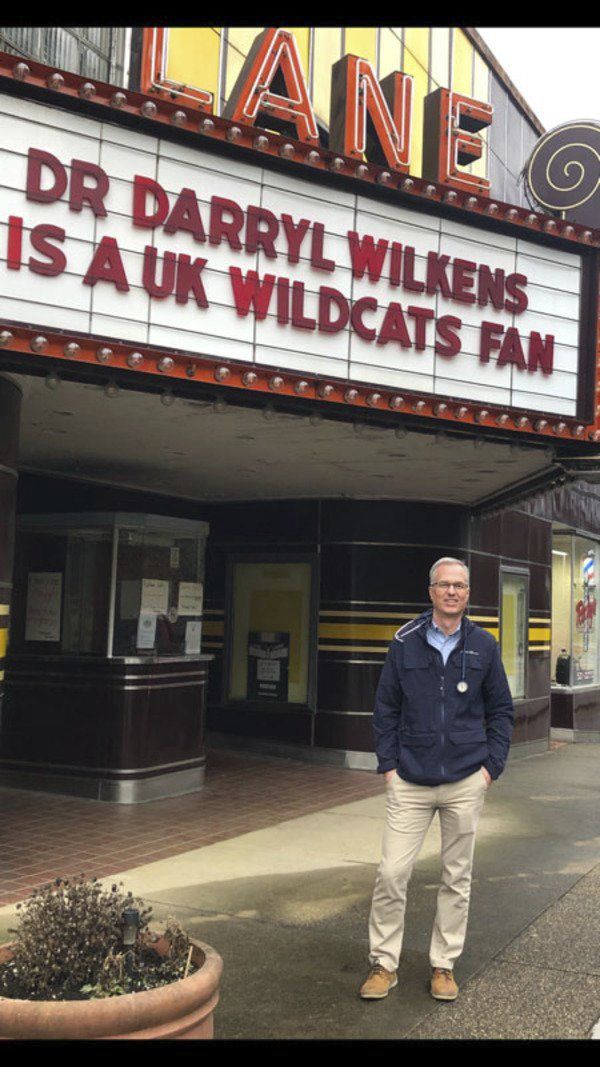 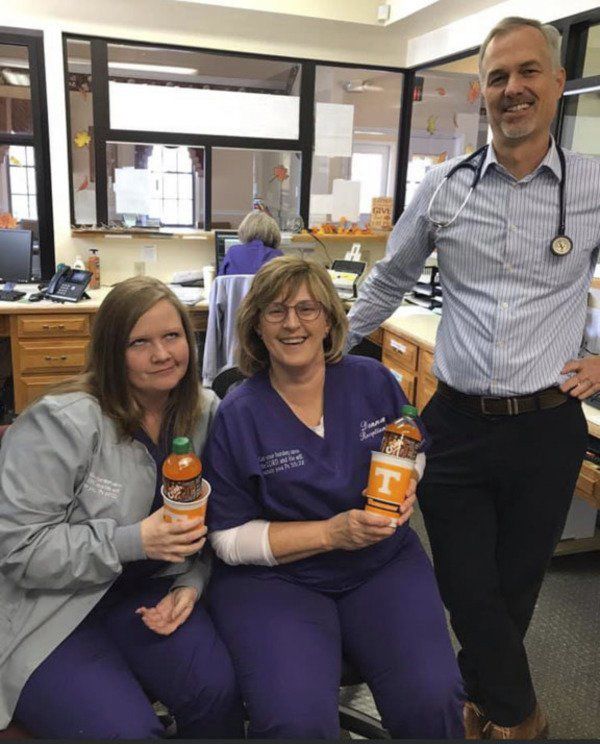 Dr. Wilkens brought in Orange Crush in Tennessee cups to give to the two biggest Kentucky fans in the office. | Photo contributed 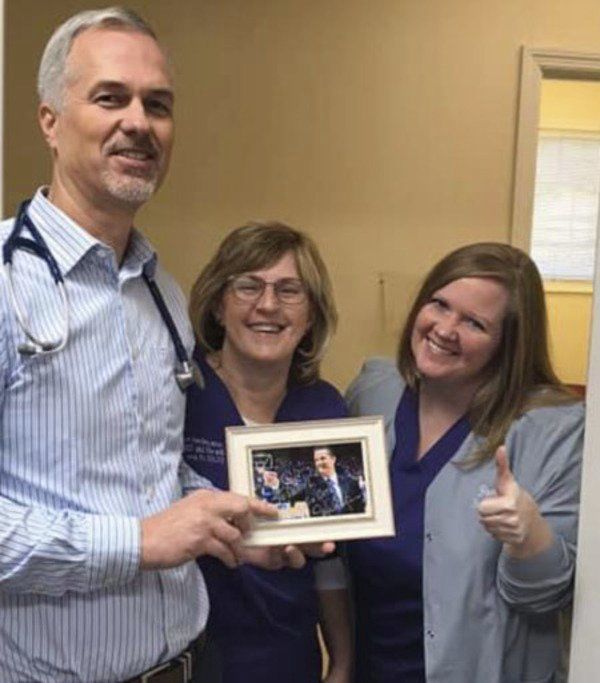 Dr. Wilkens brought in Orange Crush in Tennessee cups to give to the two biggest Kentucky fans in the office. | Photo contributed

JELLICO, TENNESSEE — This Saturday, Kentucky and Tennessee will face off for the first time this basketball season. The rivalry these two teams create in our area is strong, and nothing is better proof than the feuding co-workers at the Wilkens Medical Group in Jellico, Tennessee.

It all started this past fall when the group’s receptionist went to Coach Calipari’s satellite camp. She is a huge Kentucky sports fan and knew that her coworker, Dr. Darryl Wilkens, rooted for Tennessee.

She told Coach Cal that she worked for a doctor who was a Volunteer fan. Cal then jokingly told her to quit her job and gave her a signed photograph made out “to Dr. Wilkens.”

The receptionist then brought the framed picture into the office and it has remained there ever since.

However, the Kentucky fans are not the only ones who have come into the office bearing gifts.

When Kentucky lost to Tennessee in football this past fall, Dr. Wilkens brought in Orange Crush in Tennessee cups to give to the two biggest Kentucky fans in the office (one being the previously mentioned receptionist.)

The shenanigans have continued to go back and forth since, but none have been quite as big as the latest incident.

“Two weeks ago I got a text that said ‘I need 10 dollars for a prank’,” said office manager and Kentucky fan, Cheryl Cole. Cole said that the sender would not tell her what the money was for, so she didn’t agree to participate.

“And then I found out, when the picture appeared, what had happened,” she laughed.

The picture Cole is referring to depicts the Lane Theater sign which reads, “Dr. Darryl Wilkens is a UK Wildcats fan.”

Cole said she later got a text message from Wilkens saying, “It’s going to be hard to top that one.”

Cole doesn’t know what exactly Wilkens means by that text. She said that it’s possible that he’s thinking about what to do next to one-up his coworkers. Whatever actions he takes next, he’ll have to strategize carefully because the Kentucky fans in the building outnumber him.

While Wilkens does have a few Tennessee allies to recruit, his CFO and two nurses, Cole said that “the Kentucky fans have taken over!”

Although it may seem like the feud will never end, it’s all in good fun.

“They have enjoyed it and it makes for a good office camaraderie when you can laugh,” said Coleman.

She explained that every day comes with obstacles as their hospital and medical facilities face some difficult times.

“It’s grim,” said Coleman, “but when you can have a little laughter it makes everyone’s day a little better.”

Through their rivalry, Wilkens Medical Group has found a fun and unique way to create that sense of family and fun that they use to brighten everyone’s day.