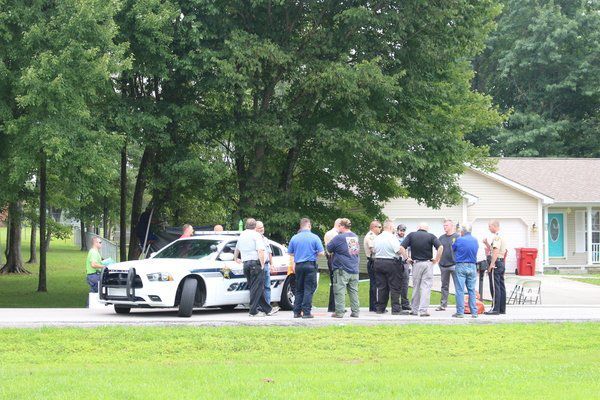 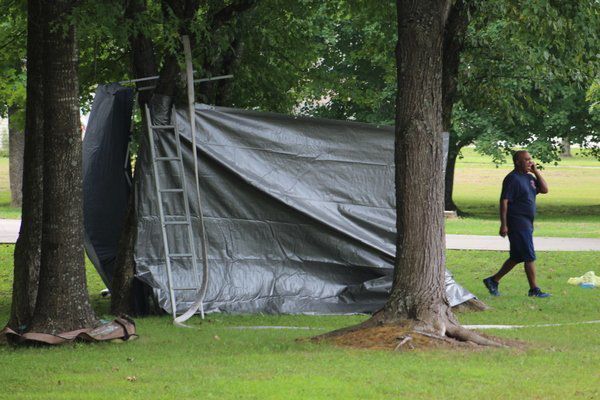 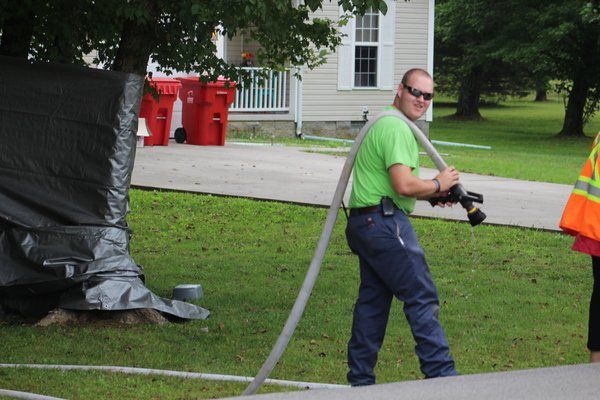 A drug arrest on Wednesday morning placed Laurel Sheriff's Office deputies in a dire situation after they discovered a highly dangerous drug inside one of the police cruisers.

That situation came to light after Detective Sgt. Chris Edwards and Deputy Daniel Grigsby stopped a white Ford F250 on Interstate 75, one mile north of London, around 10:44 a.m. The two individuals were found in possession of a large quantity of heroin, placed under arrest and transported to the Sheriff's Office for processing before being taken to the jail.

But just a short time later, Grigsby responded to another complaint on Golden Eagle Drive, four miles south of London, off KY 229. When Grigsby opened the back door of the cruiser to transport a prisoner to jail, he discovered a white powdery substance in the back seat. Grigsby reportedly became dizzy and light-headed after being exposed to the substance.

A field test of the substance determined it was Fentanyl, a highly dangerous drug that when inhaled or when an individual is exposed to it can cause severe health issues including death.

Further investigation revealed that the person Grigsby had transported from the I-75 drug arrest had tried to dispose of the Fentanyl in Grigsby's cruiser.

According to Regional Emergency Management Director Jerry Rains, fire department personnel arrived at the scene with a tent and tarp that emergency management officials used as the decontamination area where those exposed to chemicals or other toxic substances must strip down and wash off with soap and water. Grigsby was then taken to KentuckyOne Health Saint Joseph London as a precaution to be checked out in the emergency room.

"We take hazardous material to Michigan and other places - wherever they tell us to take them," he said. "If we come across something we don't know where to take, we call someone and find out where it needs to go."

The two people arrested in the stop on I-75 and their charges were:

• Danny S. Johnson, 39, of Walker Branch Road in Hazard, who was the driver of the vehicle. He was charged with trafficking in controlled substance, heroin, first offense.

• Dwayne D. Canada, 24, of Redford, Michigan, was the passenger in the vehicle and was charged with trafficking in controlled substance, heroin, first offense; first-degree wanton endangerment, police officer as victim. The latter charge was added after the discovery of the Fentanyl in Grigsby's cruiser.