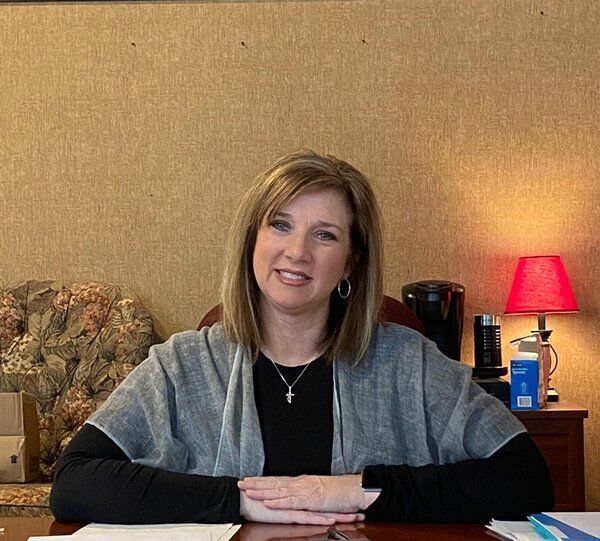 Leanna admits that she had gone several years without having a mammogram, but wanted to get back in the routine of going. Looking back she feels the urge to go was another way God's hand was upon her life. | Photo Contributed 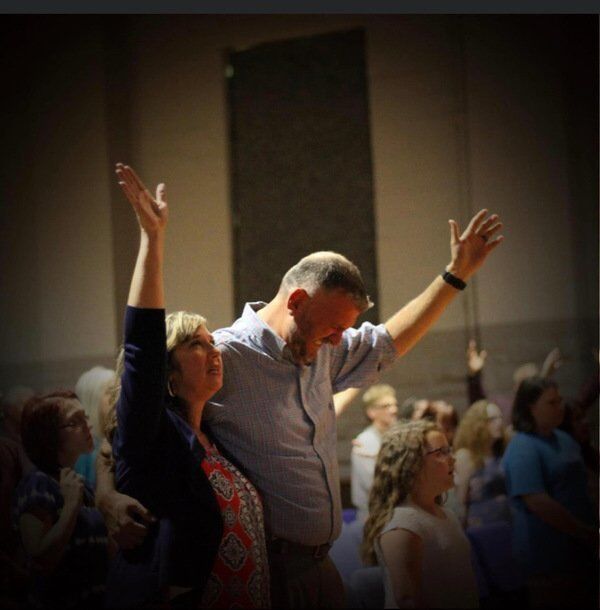 Ronnie and Leanna Smith in church the Sunday after her breast cancer diagnosis. | Photo Contributed

Leanna admits that she had gone several years without having a mammogram, but wanted to get back in the routine of going. Looking back she feels the urge to go was another way God's hand was upon her life. | Photo Contributed

Ronnie and Leanna Smith in church the Sunday after her breast cancer diagnosis. | Photo Contributed

CORBIN — “She’s an inspiration to just about everyone she comes in contact with,” said Robin Disney about her friend, mentor and inspiration, Leanna Smith.

She grew up in Louisa, a small rural town in Lawrence County with an approximate population of 2,500. Leanna is a pastor’s wife and a very private person. Growing up she never dreamed of leaving Louisa.

But in 2006 when her first marriage was in a rough place, the opportunity arose and she and her five children moved to Corbin. She only planned to stay for a year. However, almost a year to the day that she moved, her first husband left. Thinking she was in Corbin all alone with five children, she planned to go back home to Louisa where her family was.

But God had other plans.

Now Leanna calls Corbin home. At the end of 2010 Leanna met her husband Ronnie. The two married on Valentine's Day 2011. Much like her, Leanna said Ronnie had been through a rough first marriage too.

“We both didn’t really know where we were going,” Leanna said. “Over time God began to move and heal things in our lives and we both really began to have a burden for people who needed restored.”

Leanna and Ronnie operate Restoration Ministries with a burden for people who feel broken.

“Being a pastor's wife is not an easy job,” said Disney about her friend. “She carries a lot of burdens but doesn’t let it weigh her down. She goes on with smile on her face and love in her heart.”

For Robin and Greg Disney, Leanna has often taken them under her wings and mothered them at certain times. The two are thankful for her encouraging words, willing hands and devout faith.

In early 2019 after a mammogram and several other procedures, Leanna was diagnosed with breast cancer.

She admits that she had gone several years without having a mammogram, but wanted to get back in the routine of going. Looking back she feels the urge to go was another way God’s hand was upon her life.

After a needle biopsy, she was told everything looked OK but the radiologist wanted another biopsy to be certain. It was that biopsy that showed cancer cells.

Leanna was diagnosed with stage 1 breast cancer. She was in shock and initially, when she heard those dreaded words, it was of course hard for her.

“I looked at Ronnie and said I need to go pray,” Leanna said. “I knew everyone was waiting on the results.”

Leanna said she went to her bedroom alone and started to ask God why, like so many people do in times of tragedy.

It was then that Leanna began to remember all the things that God had brought her through and the things God had delivered her from.

“OK God, if there’s something I can do, if me going through this will give you glory, then I’ll take it and I’ll trust you to walk me through it,” she said.

Immediately in that moment Leanna describes a peaceful spirit that came over her, saying God was telling her it’s going to be OK and telling her it wasn’t about her life it was about her faith.

Often times Leanna doesn’t feel like her story is worthy of sharing because as it turns out she didn’t have to endure as much as so many others do. She’s been cleared for routine yearly mammograms and is healthy with a rare chance that the cancer will return.

“I’m very thankful for a radiologist that wouldn’t give up and wanted to be certain,” said Leanna. "That’s God’s hand...I started to be able to look back and see how God has looked out for me. I know that I have survived breast cancer, but I sometimes feel that I haven't survived what some people have had to and I don't feel that my story is as worthy.”

During her treatment process, she got a call on a Friday to come back on a Monday and began to doubt her faith. That Sunday, once again, she told God she’d give her trouble to him and trust him. This time though she felt God asked her to share what she was going through. And that was tough for Leanna who is a private person.

But she thinks back to her younger days when she needed inspiration the most.

“I can remember going through hard times in my life and going to church just hoping that I would hear something that would encourage me that day,” she said. “Or just something that I thought God wanted me to hear.”

Now she said she finds herself in situations where she can encourage.

Both Leanna and Ronnie talk about how supportive the leaders of the church were when they told them of her diagnosis. Leanna said she’s never experienced support like that.

Before she was the type of person that would keep everything private, but now she she feels like God is working through her and more often she’s opening up.

Her advice to young women is to get to know God and give your life to him.

“He’ll never fail you,” she promises. “Even when we can’t see what he’s doing, he’s working.”

Leanna said she’s been been through the times when she couldn’t see or hear him, but he showed up.

It’s been over a year since Leanna’s diagnosis and she’s been cleared to return to routine mammograms.

During Leanna’s journey with breast cancer, Ronnie said for the first time in terms of faith, the couple really had to practice what they preach. Looking back Ronnie said this part of Leanna’s journey made her a stronger woman, increased her faith and helped her understand her story.

Ronnie said during the telling of the leadership team they initially took it hard and it was Leanna that had to get up and said it’s going to be OK spending about 15 minutes encouraging everyone.

“That let me know right then that if anyone was going to get through, it was going to be her because it’s out of her character to get up and start talking,” Ronnie said.

There were nights that she cried herself to sleep and not everyone sees that part, but she also knew people were watching and she wanted to be an inspiration to them, said Ronnie.

“We promised God that we would use this blessing,” Ronnie added. “You can’t have a testimony without a test.”

When Leanna’s humble self creeps in, Ronnie reminds her that they promised God they’d share their story to remind people that faith is so important.

“It’s not about church it’s about your personal relationship with the creator,” Ronnie added.

Leanna’s best friend growing up was her grandmother who also had a cancer diagnosis, said Ronnie.

Whether it’s her husband or her friends talking, you’ll likely hear that Leanna is a kind hearted and genuine woman. Ronnie calls her the idea of Proverbs 31. Robin calls her empowering.

Leanna, well she’s just living one day at a time for the Lord and if she can encourage others in the process, that’s a bonus.