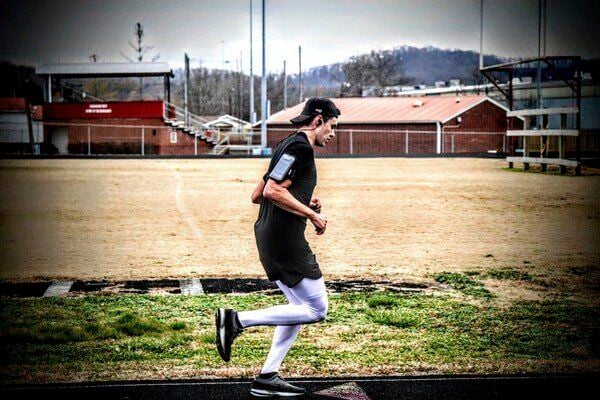 Corbin local Zack Horvath is looking to unofficially break the backyard ultra record on Friday, as he plans to run 320 miles in 77 hours. | Photo Contributed 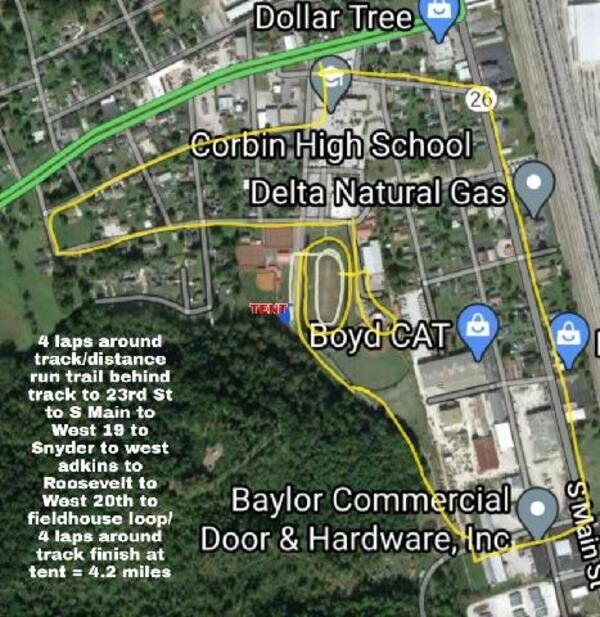 This is the route Zack Horvath will be running on Friday. The route begins and ends at the Corbin High School track. Horvath plans to begin his record breaking attempt at 10 a.m. on Friday. | Photo Contributed

Corbin local Zack Horvath is looking to unofficially break the backyard ultra record on Friday, as he plans to run 320 miles in 77 hours. | Photo Contributed

This is the route Zack Horvath will be running on Friday. The route begins and ends at the Corbin High School track. Horvath plans to begin his record breaking attempt at 10 a.m. on Friday. | Photo Contributed

CORBIN — After falling short of his goal of unofficially breaking the backyard ultra record back in December, Zack Horvath is once again ready to tackle the tremendous feat of running 320 miles in 77 hours.

Horvath is a 19-year-old freshman studying criminal justice at Eastern Kentucky University and will be heading to US Coast Guard boot camp in February. He has dreams of some day working as a state police officer and then working his way to becoming a federal US Marshal.

Horvath is also working on his own brand called “Horvath Performance,” that he said will be “dedicated to pushing the limits, spreading joy, being a light and changing the world.”

Just four months ago, Horvath ran over 100 miles and has since been itching to get back out there and run even further.

Then, in December, Horvath set out to unofficially break the backyard ultramarathon record that is currently held by Karel Sabbe who ran 312.5 miles for 75 hours, but Horvath unfortunately fell short after a hamstring injury forced him to end his attempt just eight hours and 33.6 miles in.

“I wanted so badly to continue but was advised that I could further damage my hamstring and risk not getting another chance at this task,” he said.

Horvath said that not being able to finish the run in December only made him want it more, as he will be taking another shot at it on Friday.

“I have never felt more motivated, more determined,” he said. “I am doing this for a much bigger purpose. I believe this was God's way of molding me. I am never out of the fight. Setbacks only make me push that much harder. A minor setback will only make me want it that much more for a major comeback and that applies to all aspects of my life and all my goals. I will stop at nothing until they are all achieved. Many will either quit after failure but I am different and instead of stopping I looked at this failure and learned from it and moved on, in life we have to keep moving forward, and now I am much stronger with this mindset.”

Since his last attempt, Horvath has been training and dieting just as he did before but this time, he has spent a lot more time stretching to hopefully keep him healthy this go-round.

For Friday’s attempt, Horvath said he has his own strategy to complete this tremendous task as it is an unofficial attempt at breaking the record. Horvath will run a 4.2 mile loop that begins and ends at the Corbin High School track and through the neighborhoods surrounding the high school beginning at 10 a.m. on Friday.

“In my event, I have a 4.2 mile loop set up,” he said. “I have a goal to hit 320 miles in a 77 hour time limit unofficially breaking this record. The reason it is an unofficial attempt is I am the only competitor but nevertheless I’m doing this for a much bigger purpose, I will be challenging my body and pushing the limits and inspiring others along the way until I reach the goal of 320 miles.”

Horvath hopes that he can inspire others to never give up and always fight to reach their goals.

“In life we will face challenges, we can either run from them or face them head on,” he said. “At the end of the day I am trying to leave my mark on this world. To continue to build an amazing legacy that has been left to me by my family, because someone didn't make it today but I did and I have a chance to make a difference and I can’t waste that opportunity. I have no excuses but to never stop, never settle and to always keep moving forward challenging and breaking my limits. Learning from the past, living in the present, and preparing for the future. I am inspired to do bigger and better things to keep inspiring others, to keep hope and determination to be great alive. At the end of the day the sky's the limit, we have a vision, have a goal, we are all special and unique in our own ways and we were each born with a legacy. This is only the top of the cake, I still have much more to accomplish, many more mountains to climb, we haven’t even dived into the cake yet. I heard a quote that really sticks with me, it is ‘where we come from is who we are but we choose everyday who we become.’ My mission is clear—to change the world, be a light, give hope, we are all limitless, always rise.”

Horvath said there are several people he would like to thank for supporting him through this journey.

“First and foremost I have to thank the Lord,” Horvath said. “Each day I thank the Lord for blessing me with another chance to be better than I was the day before, without the Lord none of my accomplishments would be imaginable.”

Horvath also wanted to thank his family and friends who have supported him in everything he chooses to do, as well as his community who has supported and encouraged him along the way.