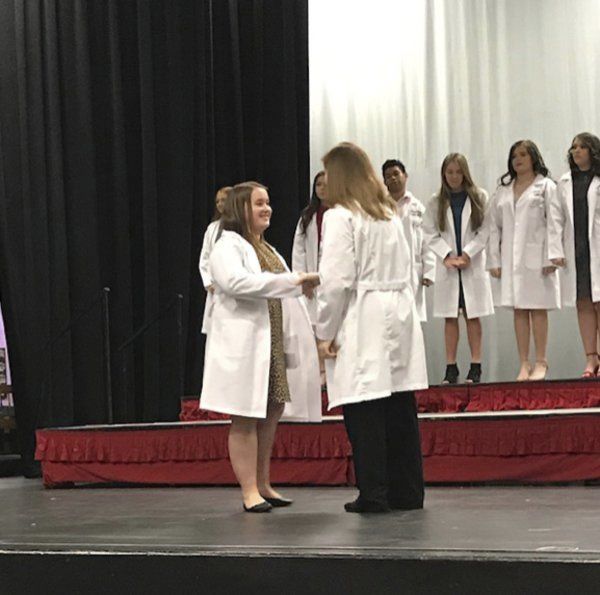 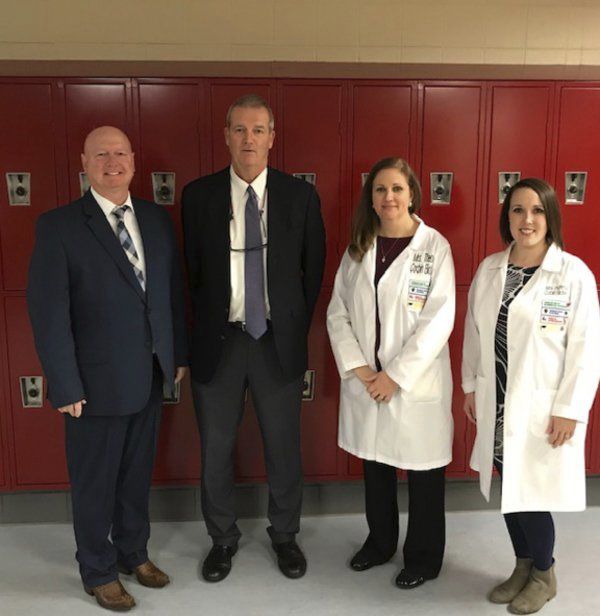 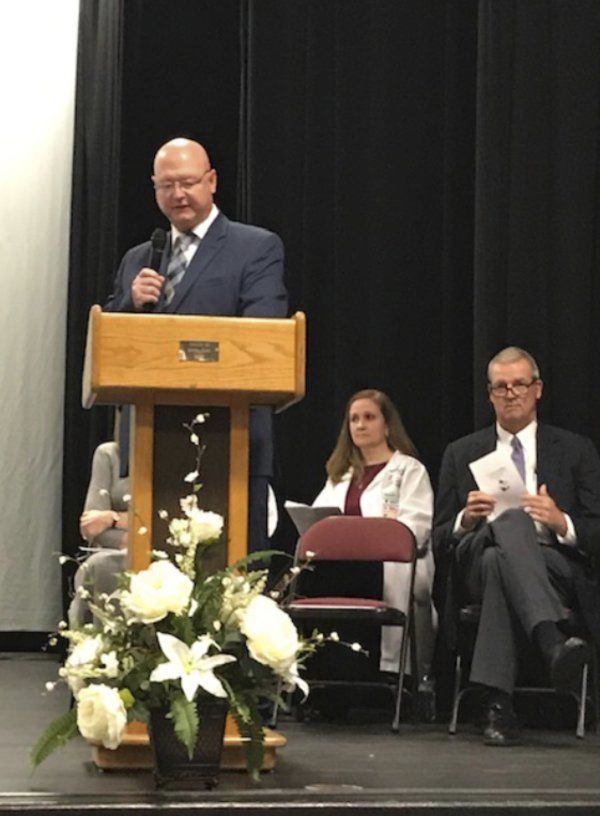 Michael Stanley challenges students to "come back" and make a difference in their community. | Photo by Brian Theodore

Michael Stanley challenges students to "come back" and make a difference in their community. | Photo by Brian Theodore

CORBIN — Corbin High School had its annual White Coat Ceremony, which celebrated the accomplishments of the school’s biomedical students, on Sunday. The Corbin biomedical program, through Project Lead the Way, is a rigorous set of classes involving student inquiry-based learning, with hands-on projects and lessons in biomedical science. As a result, students are introduced to over 150 medical careers.

Every year, students dedicating themselves to this career pathway receive a white lab coat embroidered with their name.

Corbin High School Principal John Crawford began the ceremony acknowledging and thanking the Corbin Board of Education and the local community for their involvement which helped make the program what it is. He also recognized the commitment of the program’s teachers: Debra Theodore, Amber Damron and Marsee Huffman, commenting on the rigorous curriculum the students go through in order to succeed in these classes.

He proudly said, “These are the shining stars of our kids.”

In relation, when asked to describe his biomed class, Austin Terrell explained, “It is hands-on, interesting and interactive.”

Lauren Faulkner, who is in Huffman’s Human Body Systems class, stated, “I like the class because it’s preparing us for college and the classes we are going to take. It’s a little harder and a lot more challenging, but Mrs. Huffman helps.”

Addressing the students directly, Stanley acknowledged the many medical fields in the area and invited the students to come back after graduating from college.

“You are an integral part of improving the health in your community,” he said.

As such, speaking again to the students, Stanley stated, “I need you and your future medical skills to help treat over 40,000” in these areas.

After Stanley’s motivating speech, the students were called ceremoniously up on stage. When each student stepped to the middle of the platform, one of the biomed teachers, Huffman or Theodore, helped the students don their new white coat.

In closing, junior biomed student Terrell explained the Hippocratic Oath that is taken by medical professionals. He elaborated on the ethical conduct and responsibility of an individual going into the medical field.

Afterward, the whole class recited the oath in unison, led by Terrell.

Overall, there were 44 students that received their white coat in a program of over 146 students. After they had all received their coats, they stood proudly together on stage, an assembly of our future doctors, nurses, pediatricians, x-ray techs and more.