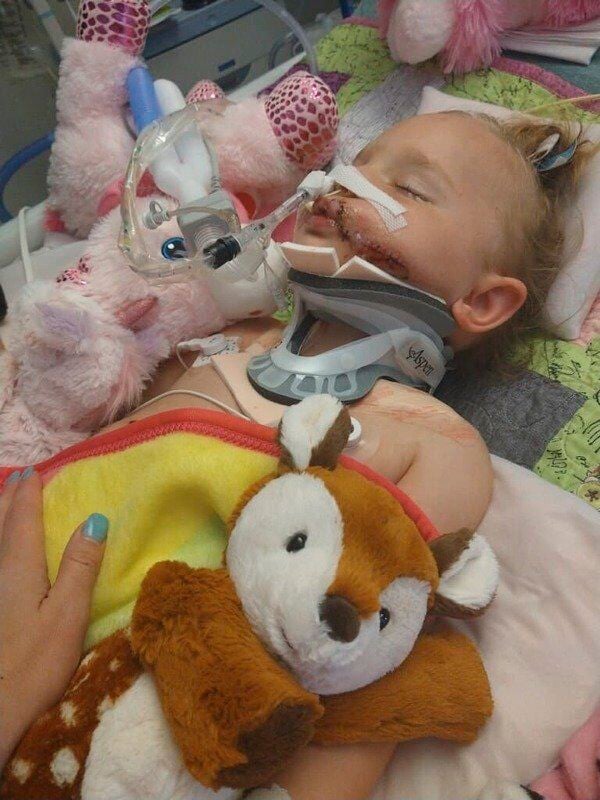 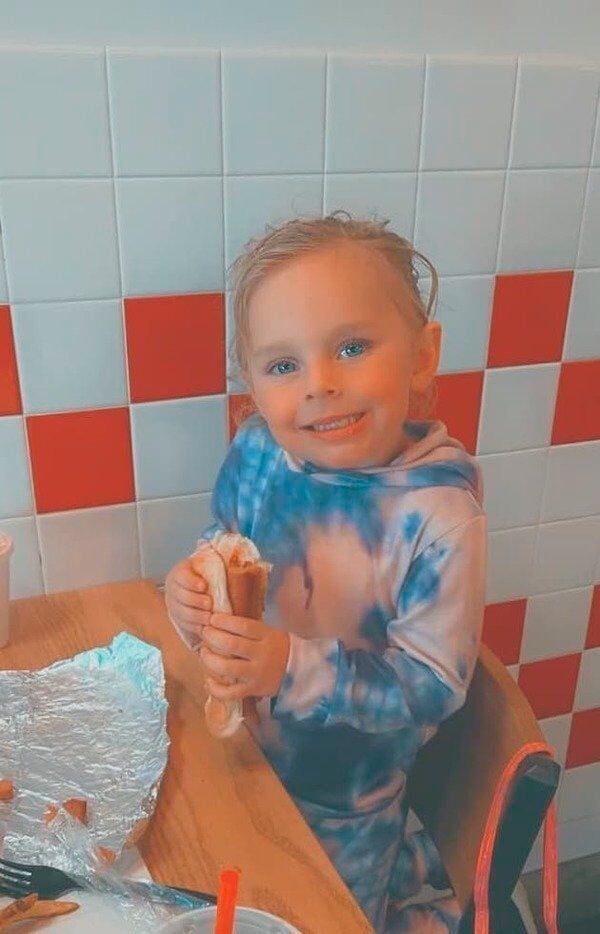 Two-year-old Baelynn enjoys a meal just days before a crash that would see her hospitalized and in critical condition. 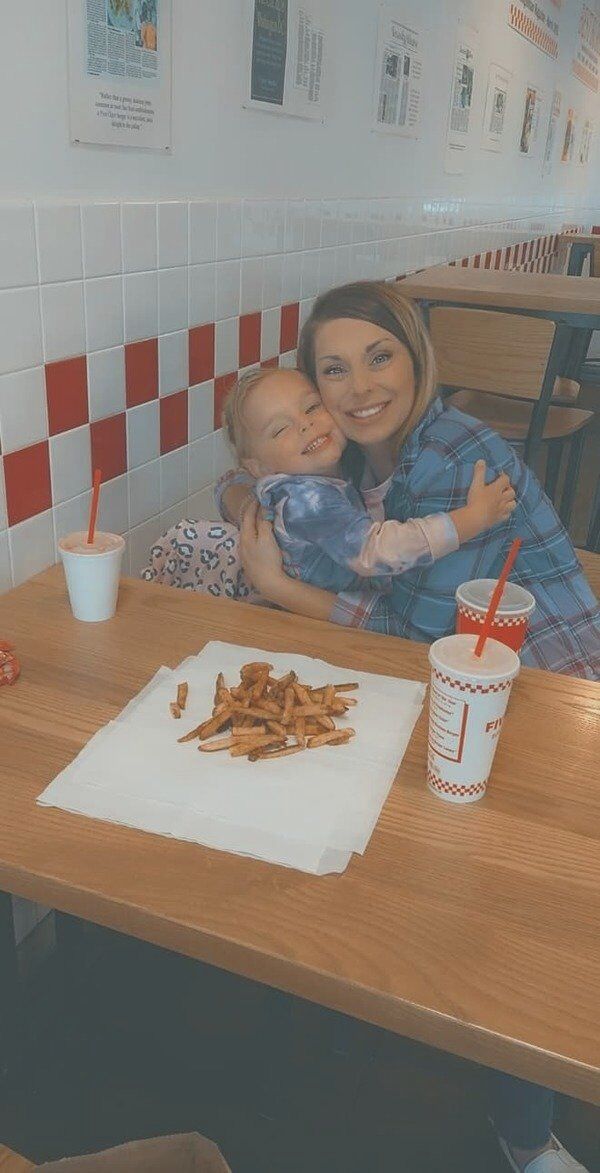 Brittany Leach-Ayers and her daughter Baelynn before the incident. | Photo contributed

Two-year-old Baelynn enjoys a meal just days before a crash that would see her hospitalized and in critical condition.

Brittany Leach-Ayers and her daughter Baelynn before the incident. | Photo contributed

Thursday, April 22, was a day that changed the lives of Brittany Leach-Ayers and her family forever. On that day, her younger sister, younger brother, and 2-year-old daughter were in a UTV pulled off on the side of a southern Whitley County road when they were struck head-on by another driver.

Leach-Ayers was at a meeting in Lexington at the time she received the call that her child had been in a crash that saw all three of her family members flown to the University of Tennessee's Medical Care Hospital.

Once at the hospital, Leach-Ayers began learning of the incident that hospitalized her daughter, Baelynn, and younger siblings. She later learned of a neighbor who lived close to the site of the incident, who she says saved the lives of her family members.

"Tim Dixon was the first one on the scene," she said. "He pulled Baelynn out of the side-by-side because she was choking on blood. He scooped the blood out of her throat, so she didn't choke to death."

Leach-Ayers says Dixon also helped pull and shape metal away from her younger sister's head which had been trapped between the UTV's seat and door.

"He saved both of their lives," Leach-Ayers said.

The crash itself took place on Highway 1804 near Jones' Grocery around 6:30 p.m. Leach-Ayers says her 15-year-old sister, Hala, and 20-year-old brother, Ryan, were on their way to pick up her daughter from Baelynn's grandfather's home just down the road. She says Hala, who was driving the UTV, heard a vehicle quickly approaching and decided to pull off the highway to let it pass by. However, according to Leach-Ayers, the oncoming pickup truck was traveling so fast, it instead struck the UTV.

"There was nothing left of the side-by-side. It broke the seatbelt, it broke the seat, the whole dash was gone," she explained, adding that it took first responders nearly 90 minutes to unpin her younger sister from the wreckage.

At the hospital, Ryan, who tried to shield his younger sister and niece from the oncoming truck, had to have metal plates put in is arm along with metal plates and pins put in his leg. Leach-Ayers says her brother was able to come home on Wednesday.

Hala, who is still in the hospital, had to have a rod placed in the femurs in both of her legs, and plates and pins placed in both of her tibias. She is also waiting on dental implants, as the wreck knocked all but eight of her teeth out.

Baelynn is currently in critical condition at Tennessee Children's Hospital's Pediatric Intensive Care Unit. She has had to have surgery on her mouth, as well as a nerve stimulation procedure done to one of her cheeks. Baelynn has suffered a pelvic fracture, three rib fractures, a case of double pneumonia, and a staph infection in her right lung.

"Right now it's kind of touch and go," Leach-Ayers said. "She started having seizures [Wednesday]. Today (Thursday), her chest x-ray looked a little bit better, but her left lung is still completely closed. She'll be on the ventilator until her lungs are open and clear."

Leach-Ayers began posting updates on Baelynn's condition to social media as a way of keeping family and friends informed.

"The southend, we're a small community, so everybody knows everybody. Everybody's real tight-knit down there," she said on the area in which she resides in southern Whitely County.

After posting about her daughter and the incident, that small, tight-knit community checking on Baelynn's health grew to include thousands of strangers from all across the country. Leach-Ayers' original post about the crash has been shared more than 10,000 times and garnered more than 11,000 comments. Leach-Ayers has also received over 8,000 friends request and 6,000 personal messages from those checking in Baelynn.

"I feel like, me personally, that God has made it to where all of these people have seen her posts, as of way of showing them prayer works. Because she has thousands of people praying for her all over the United States," Leach-Ayers said.

"From the bottom of my heart, and I truly mean this, I appreciate every single donation that people have given. If it's a dollar, if it's more, I appreciate it," Leach-Ayers said.

Those funds will go a long with helping the single mother of three and her family, as she says even after Baelynn's hospital stay, which may be another three to six weeks, she will have to visit Knoxville five days a week for rehabilitation. Not to mention, the crash has placed Ryan, and most likely Hala, in wheelchairs, so the family also plans to use the money towards building ramps for their homes.

"I think it's because they were three innocent kids whose lives have been changed forever," Leach-Ayers responded when asked why she thought so many people had reached out to her, and helped raise more than $15,000 as of Friday. "Someone made a bad decision and has forever changed their lives. Now I have a little 2-year-old that's fighting for her life."

Leach-Ayers says the driver of the other vehicle, the one that hit her family in the UTV, was driving while under the influence. On Thursday, Colin Oaks, 28, of Williamsburg was arrested on charges of driving while under the influence, second offense; three counts of first degree assault; contempt of court; driving on a DUI suspended license; criminal mischief; possession of drug paraphernalia; and other traffic related charges stemming from the crash.

"I have had so many people message me telling me how they've driven drunk or they drove impaired," noted Leach-Ayers. "Seeing pictures of that baby has opened their eyes to what could happen and how one drink or one anything could lead them to being responsible for someone's kid laying there like my baby."

Leach-Ayers says her daughter will forever be affected by the crash. For example, Baelynn's dental plate was broken in the wreck. Her mother says that only four or five of her permanent teeth will come in and she'll have to have implants beginning at age 8 as a result.

"This ain't just a long road of healing physically. For the rest of her life, she'll be affected by this," noted Leach-Ayers.

And while that may be the case, because of the continuing support she receives from friends, family, and the countless strangers online, Leach-Ayers believes her daughter will pull through.

"Thank you for all of the support, prayers, and donations. We truly appreciate it," Leach-Ayers said on behalf of her mother, Melody Leach-Singleton, and father, Willie Singleton. "The only thing I ever asked for my baby was prayers because that's what she needs. But the support that we've gotten has just been amazing. I am truly grateful."