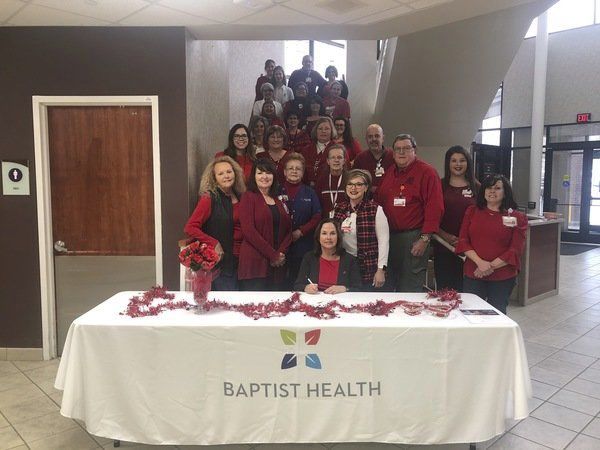 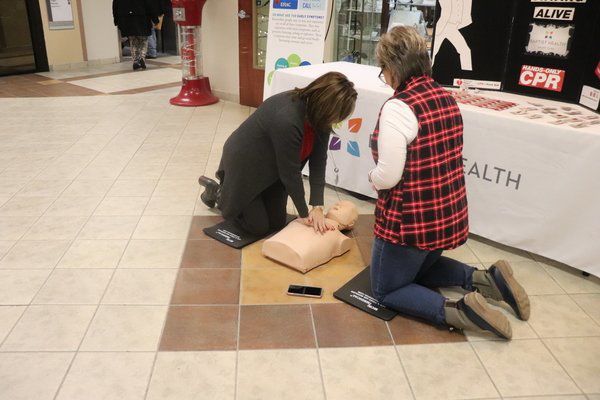 CORBIN -- February is known for the heart-shaped trinkets associated with Valentine's Day. However, two national initiatives -- American Heart Month and Wear Red Day -- have transformed the month into one centered around awareness for heart health.

On Friday, Corbin Mayor Suzie Razmus acknowledged Wear Red Day on a local level by signing a proclamation at Baptist Health Corbin. The day takes place on the first Friday of February and is designed to raise awareness about cardiovascular disease by wearing red.

Razmus' proclamation shows the increasing concern and support towards heart health within our local communities. The actions of Razmus and others who advocate for awareness inspires those within our communities who have experienced or continue to experience heart issues.

Paula Riffe of Knox County is one of these individuals. Riffe had a complete heart block which caused her to feel very dizzy and weak throughout periods of her life.

Riffe was in the car with her son in the backseat when she began to feel those familiar sensations. Only this time, she said that everything went black and she was unable to see. The episode caused her to wreck head-on with the car in front of her and caused a broken femur in the driver of the other vehicle.

It wasn't until after that incident that Riffe realized the severity of her heart issue and was able to receive the pacemaker that has helped resolve the problem.

Although Riffe's heart issue isn't as common as others, like blockages or cholesterol, she understands the importance of having a healthy heart.

"You can see something like your hand if you cut it, but you can't see your heart," she said. "So it's very easy to forget about it."

Riffe said that, before the accident, she had seldom thought about heart health though she heard and prayed about the heart issues of others.

"But it didn't mean so much until it impacted me," she confessed.

Riffe is grateful that initiatives like American Heart Month and Wear Red Day exist because she believes that it will get people thinking about having and maintaining a healthy heart before it's too late.