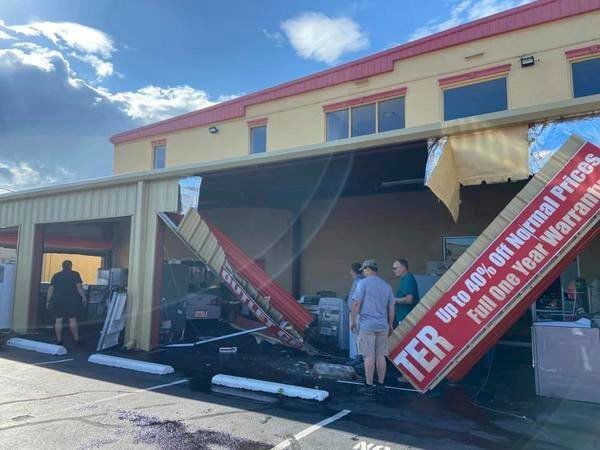 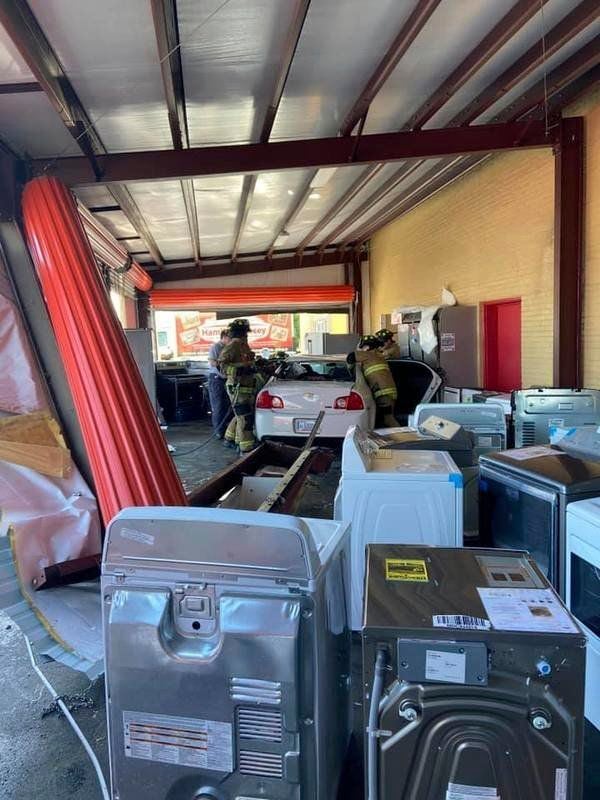 A white Chevy Malibu came to a stop alongside appliances Thursday evening. | Photos by Hamlin and Kersey.

A white Chevy Malibu came to a stop alongside appliances Thursday evening. | Photos by Hamlin and Kersey.

CORBIN — Sharon Owens described the scene as a disaster but one where both first responders and community members were quick to help when a vehicle struck her place of business.

Around 6 p.m. Thursday evening, a gray Chevy Impala struck a white Chevy Malibu at the intersection of 18th Street and Main Street in Corbin, causing the white Malibu to travel into the scratch and dent area of the Hamlin & Kersey building.

According to Corbin Police Public Information Officer Coy Wilson, there were no life-threatening injuries.

Owens, one of the business owners, said none of her staff was injured. That is normally a busy time of day for the business with several workers and customers in the area where the car came.

“God was definitely watching over everybody,” said Owens. “Police and fire were here so quick.”

Owens said the crash damaged some of the building, the store's selection of appliances and even took out concrete pillars.

The business took to Facebook to let their patrons know that as rough as this looks and as difficult as it will be to replace, they are counting their blessings. Hamlin & Kersey said things are replaceable and they are just thankful no one at the store was injured and no one in the vehicles were badly injured.

On Friday Hamlin & Kersey opened for business, as usual.

The business extended a special thank you to the Corbin Police Department, Corbin Fire Department and Whitley County EMS and all the community members for responding quickly and efficiently and for making the structure safe for staff members and customers.