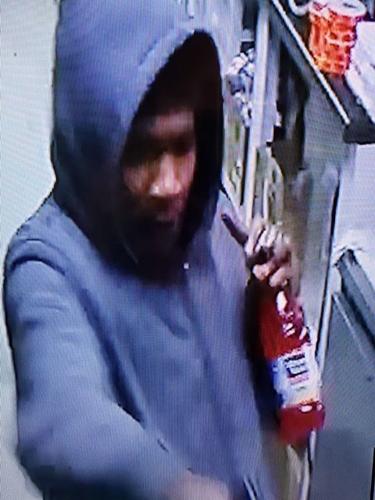 GRAY — A Barbourville man was shot and killed as he attempted to exit a store in Gray where a man had pointed a gun at the store clerk early Wednesday morning.

Gary Medlin, 25, was trying to leave the A & B Quick Stop at 10354 N US 25E when the man holding the gun then fired multiple shots at Medlin, striking him.

Medlin was pronounced deceased by the deputy coroner from the Knox County Coroner's Office.

The incident occurred at approximately 12:04 a.m. when an unknown black male, wearing a gray hoodie, black pants with tan boots entered the store and pointed a handgun at the clerk.

Medlin was a bystander in the store and attempted to flee from the store when the suspect fired at him.

After the shooting took place the unknown suspect left the store on foot and has not be located as of Wednesday afternoon. KSP is currently attempting to locate the suspect.

No other individuals were injured during the shooting.

Kentucky State Police, Post 10 Harlan, received the call about the shooting at 12:05 a.m. and responded to scene.

Medlin's body will be sent to State Medical Examiner’s Office in Frankfort for an autopsy.

KSP is continuing the investigation. Also assisting at the scene were Knox County Coroner’s Office and Barbourville Police Department.

Kentucky State Police is asking the public for assistance with information on the suspect. KSP is continuing to attempt to locate this individual. Anyone with information can contact Post 10 Harlan at 606-573-3131.

video of suspect entering the store