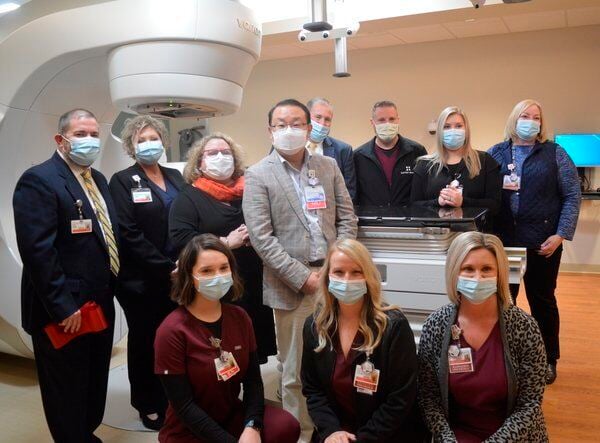 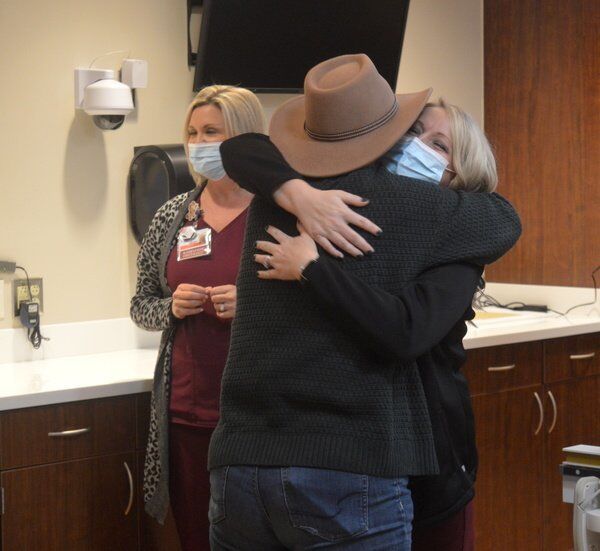 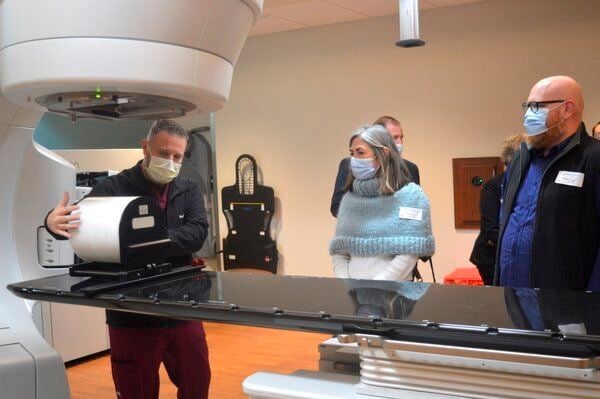 During Thursday's event, guests were encouraged to tour the facility and to learn more about its new state-of-the-art equipment. | Photo by Jarrod Mills 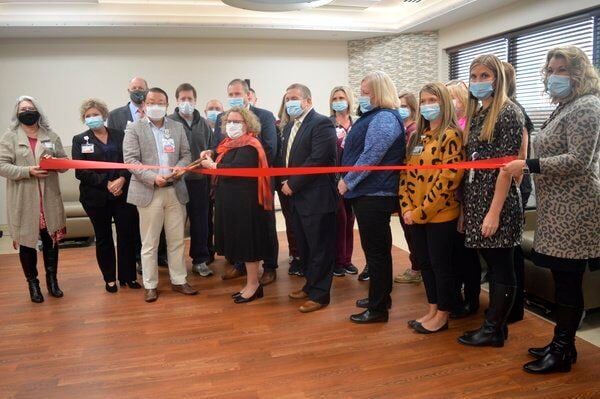 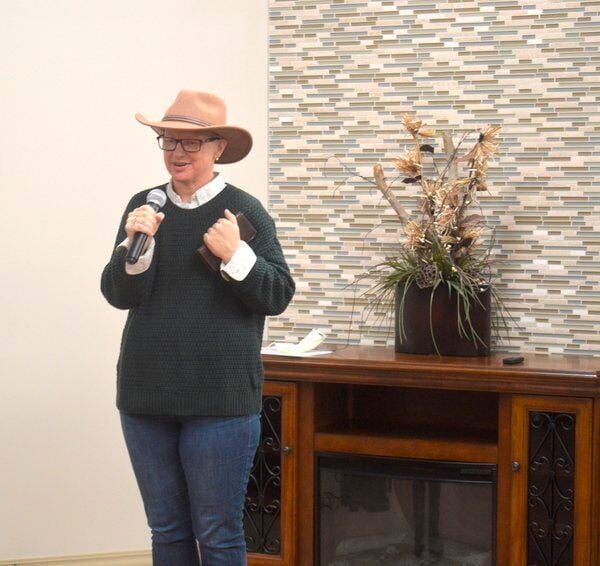 During Thursday's event, guests were encouraged to tour the facility and to learn more about its new state-of-the-art equipment. | Photo by Jarrod Mills

CORBIN - On Thursday, Baptist Health Corbin hosted an open house and ribbon cutting ceremony to celebrate its new Radiation Oncology Services, located on the hospital’s main floor. Guests were invited to tour the new facility and were guided through the new technology found within the center by hospital staff.

“This truly is a celebration for our community today, a community that’s really had limited access to high-quality cancer care for a long time,” said Baptist Health Corbin President Anthony Powers, welcoming guests that included the hospital’s board, founders board, city officials, and community members.

During the event, guests were provided refreshments and encouraged to take guided tours of the new facility. They were shown around the center’s new waiting room that featured heated seats and blankets. Hospital staff showed guests from room to room highlighting the center’s new technology, which hospital staff say is some of the best found anywhere.

The new center was a dream in the making, said Powers. He said that he and Dr. Abigail Byrnes, an oncologist with Baptist Health, sat down together years ago and shared a vision of something bigger and better for Corbin. Their vision was for the people of Corbin and the surrounding areas to have access to high-quality, compressive cancer treatment right here at home. On Thursday, Byrnes called the new center a dream decades in the making. She noted how nearly everyone had either known someone who had been diagnosed with cancer who had been diagnosed themselves.

“When that happens, your whole world sort of comes crashing down,” she said. “You go from sort of living your life doing your normal day-to-day things, to all of the sudden having a lot of needs that you need to address quickly,” she added, noting how having everything under one roof would see patients get better quality care in a quicker amount of time.

“I think this is very exciting for our community and hopefully this means we are prepared,” Dr. Byrnes added. “So, when we get that call, when somebody is affected, we’re ready and prepared to help you. Because at the end of the day, that’s what it’s all about.”

Vice President, Planning & Operations at Baptist Health Mark Steely said the center had been treating patients for a few months now. He recalled an instance that happened earlier that morning, where he watched as a patient rung the bell located in the center symbolizing they had just finished their last dose of chemotherapy.

“That’s the stuff that means everything, to see those types of things,” said Steely. “It’s been a blessing.”

“I can tell you with everything in me that there’s nothing that they have there for external beam radiation therapy that we don’t have back here,” she said. “And I’m very proud and very thankful for that because we have the best of the best. Nobody in this whole area has to go anywhere else, we can just go here.”

And while the new state-of-the-art equipment and having more readily available access to treatment are blessings, its the people who work at Baptist Health’s new Radiation and Oncology Center that make the real difference, said former patient Karlyle Young, who spoke at Thursday’s event. She credited the centers doctors and staff, some of whom she has affectionately dubbed her “chemo posse” for keeping her spirits high and always being up-lifting.

“Then to know that I’m getting treated in one of the fanciest radiation machines right here in southeast Kentucky, it’s amazing to me,” she said, noting that when she was first diagnosed with breast cancer in October 2020, people were suggesting she visit places like Houston or Lexington for treatment.

“Everything you would ever need for cancer treatment is right here,” Young added. “You have the most brilliant minds, you have the biggest hearts and there’s nothing else that any hospital would have that they don’t have here.”

Known by the staff for the humorous T-shirts she’d wear while receiving treatment, Young said she had a PET scan scheduled for sometime after Thanksgiving. She said she had little doubt that it would be “the most boring PET scan that’s ever been scanned,” in the hopes of a negative result. But if something were to appear on the scan, Young said she had the confidence in the staff to ensure she gets the best treatment she can. She also said she’d have extra T-shirts made, just in case.

“I have been blessed by every person that I have encountered,” Young said on the staff and doctors at the new center.