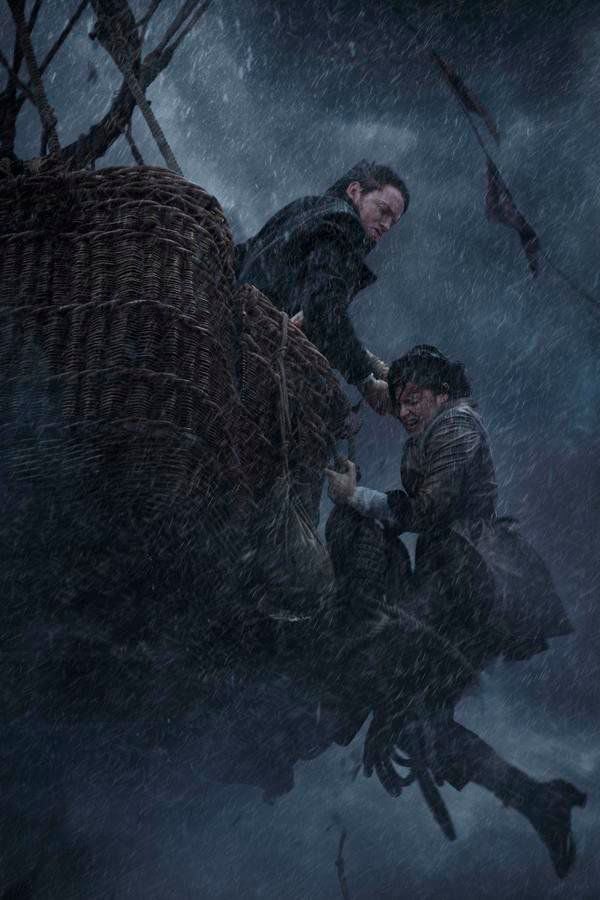 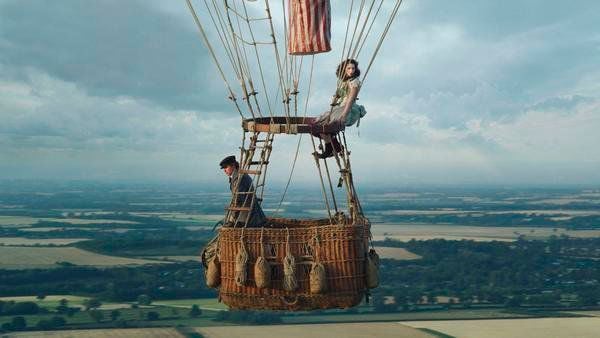 Two out of four stars

Although around for a long while, the “based on a true story” dramas pop up most often during awards season. This year it seems especially rampant with “It’s a Beautiful Day in the Neighborhood” being the most glaring offender.

Judging on the first week and a half at the box office, “Neighborhood” ranks among the lowest performing Tom Hanks-starring movies of the last 20 years, likely because it was a downer posing as uplift with Hanks as TV icon Mr. Rogers was a secondary character in his own film.

“The Aeronauts” won’t be subjected to nearly the same level of scrutiny as “Neighborhood” as it is “based” on obscure 18th century English scientist James Glashier (Eddie Redmayne). A man who could rightfully be labeled as the first meteorologist, Glashier is so unknown, he couldn’t be identified by a professional meteorologist present at the press screening. That’s not a good sign if you’re trying to appeal to people in the weather-predicting business.

On Sept. 5, 1862, Glashier and frequent collaborator Henry Tracey Coxwell launched an air balloon in London and within eight hours reached the then-unheard-of height of 39,000 feet (just a tad under 7.5 miles). To put this in perspective, that is the average altitude used by current U.S. commercial airplanes. Not anticipating frigid temperatures, thin air and zero humidity, Glashier and Coxwell — dressed only in street clothes — flirted with frostbite and possible death before landing. But not before losing much of their data and equipment.

In the movie, the depiction of this flight takes roughly half of the 100 minute running time, and it is admittedly harrowing, white knuckle stuff. The only problem is Coxwell is nowhere to be found and is in fact not even a character in the movie. As the pilot of the balloon, Coxwell was equally ,if not more, important to the mission. So why is he not portrayed?

To remedy the situation, screenwriter Jack Thorne (“War Book,” “Wonder”) – in tandem with the studio and director Tom Harper (“Wild Rose”) – concocted a new female character to offer contrast to Redmayne. Her name is Amelia Wren and she is portrayed by Felicity Jones – the same woman who starred opposite Redmayne (as his character’s wife) in “The Theory of Everything” for which both Jones and Redmayne received Oscar nominations (she lost, he won).

Pairing these two performers again makes financial sense. But from an artistic and historical perspective, it is ethically dubious. There were other non-fictional English female balloonists around at about the same time (Margaret Graham, in particular). So why not have Jones play a real person instead?

Add to the mix there is no romantic subplot involving the two leads and the tinkering with history becomes an even bigger avoidable issue. The filmmakers could have easily escaped scrutiny by simply changing the name of Redmayne’s character and removing the deceptive “based on a true story” tag.

For those not concerned with the truth and are interested solely in breathtaking aerial visuals and yet another stuffy, generic British period piece, “The Aeronauts” might be a worthy investment of your time. Woven throughout time spent on the flight itself are events taking place in the months leading up to the event. You can bet next to none of it ever actually happened.

Still in mourning over the death of her husband in a balloon accident, Wren turns down the many overtures from Glashier to pilot the craft. The problem is Glashier (or at least how Redmayne plays him) isn’t much of a persuader or a “people person” and Wren is a Type-A force of nature. Making him a bit more assertive and tuning her down a hair might have made their eventual agreement to partner on the venture less of a faux test of wills.

If you are at all acrophobic, merely watching “The Aeronauts” on a big screen will prove to be problematic. While most of the live action in the skies was shot on green screen, the seamless melding of the same with CGI puts you in the moment. If for no other reason, the movie deserves awards consideration in multiple technical categories. From a purely visual perspective, it’s killer.