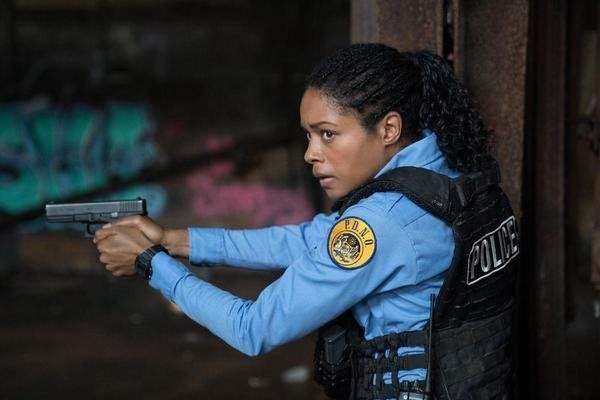 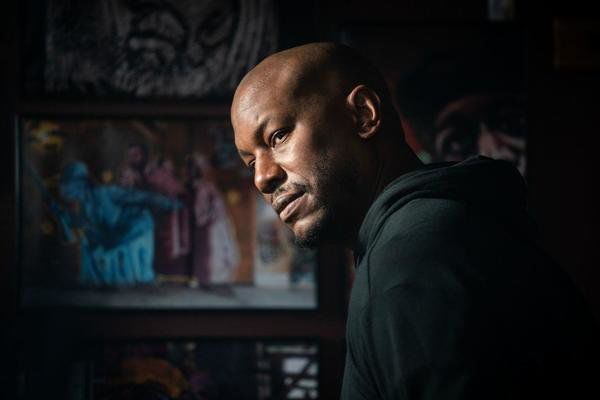 Mike Colter, above, and Naomie Harris star in "Black and Blue." | Photo courtesy of Sony

Mike Colter, above, and Naomie Harris star in "Black and Blue." | Photo courtesy of Sony

"Crooked Cop" movies haven't been around that long ("Serpico" from 1973 was the first major release) and it's not the type of film which is made often, probably because far too many them just aren't very good. For every "L.A. Confidential," "Cop Land" or "The Departed" you get 10 "Unlawful Entry," "Lakeview Terrace" or "Dark Blue." Quite simply, "Black and Blue" is one of the worst of its kind ever made.

Employing every genre stereotype/cliché imaginable, "Black and Blue" is the latest effort in the relatively young career of director Deon Taylor, whose past resume mostly consists of schlock crime thrillers ("The Intruder," "Supremacy," "Traffik," "Meet the Blacks") which involve racism, race-baiting, white slavery and/or white-on-black stalking. To call Taylor a master at "woke" socio-button-pushing would be giving him far too much credit. Clubbing people upside the head with your message doesn't take talent; being subtle and sneaking underneath their skin is far more impressive and is simply beyond Taylor's calling. From the very first scene it's abundantly clear Taylor and British screenwriter Peter A. Dowling ("Reasonable Doubt," "Flightplan") wish to establish the outrage factor and up it at every turn.

Having just recently returned to her native New Orleans after serving in Afghanistan, veteran-turned rookie beat cop Alicia West (Naomie Harris) -- while wearing a hoodie -- is roughed up and detained by a neighborhood patrolman during a morning jog. She is then given a half-hearted apology when it's revealed she's "blue" -- meaning also a police officer.

After being disrespected by her co-worker, West gets a bunch of lip and attitude from a hooker and her posse for merely interacting with the woman's son. Even though West recognizes the woman from years ago growing up and likely an old friend, West is treated by her like an enemy. It doesn't matter if you're black, being blue trumps everything. As we are to find out in short order everybody West comes into contact with is either a drug dealer, a gold-teeth crime lord or cops on the take.

By chance and only because she's doing her co-worker/partner a favor, West pulls a double shift and witnesses two narcs murdering a pair of gang-bangers. More importantly all of his is captured on her body-cam, a technology designed to make sure the police aren't up to no good while on the clock.

In an instant West becomes the target of not only every dirty cop in New Orleans but also the city's entire armed-to-the-gills underground community. With a sizable bounty on her head, West begs for the help of store clerk Milo (a beefy Tyrese Gibson) who reluctantly comes to her rescue. In this movie the only thing worse than being a black cop is a black man helping a black cop and Milo is now in even more danger than West.

For the English-born Harris, playing the lead in any movie probably seemed like a smart idea as she's now 43 years old and has spent her entire career playing supporting characters. Hollywood doesn't usually cast women over 30 as the lead in anything unless it is in a grandmotherly role. The thing is Harris is quite talented and was rightfully nominated for an Academy Award for playing a drug addicted mother in "Moonlight," co-starred as Winnie Mandela opposite Idris Elba in "Mandela: Long Walk to Freedom" and has appeared as the iconic Moneypenny character in the last three James Bond flicks and will do so a fourth time in next year's "No Time To Die." Harris has more than proven herself and deserves far better than such a low-rent, low-aspiration, blaxploitation B-film such as this.

Much can be said for former model/singer Gibson who, while not exactly a top flight actor, has made a minor fortune as secondary character Roman Pearce in five installments of "The Fast and the Furious" franchise. If Gibson wished to branch out he should have done so in a higher-quality action outing or perhaps an even smaller role in a prestige drama.

Given the current climate and irrational hatred and suspicion of law enforcement in all of its forms by far too many U.S. residents (citizens and non-citizens alike) releasing an inflammatory movie such as "Black and Blue" at this time was really a bonehead idea. It's also a good bet the Louisiana Film Commission might regret their decision to allow the production of a movie set in Orleans Parish which not only paints their public servants as monsters, it also portrays New Orleans largely as a rundown ghetto.

If you're a fan of Taylor's you'll be tickled to know he has four more projects slated to come out in the next year, There's a "Meet the Blacks" sequel, a horror flick and two more thrillers, one of which ("Fatale") is another dirty cop movie starring Hilary Swank as a spurned lover detective-turned-stalker.