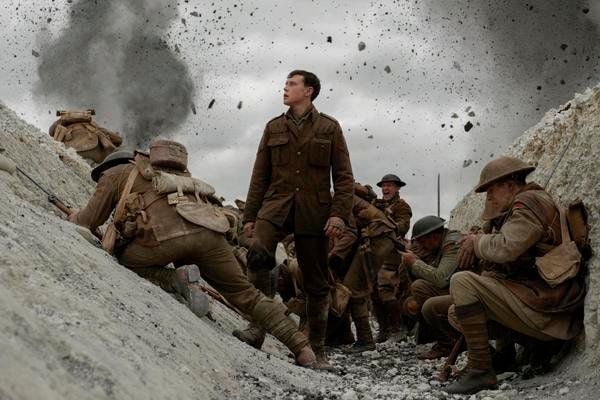 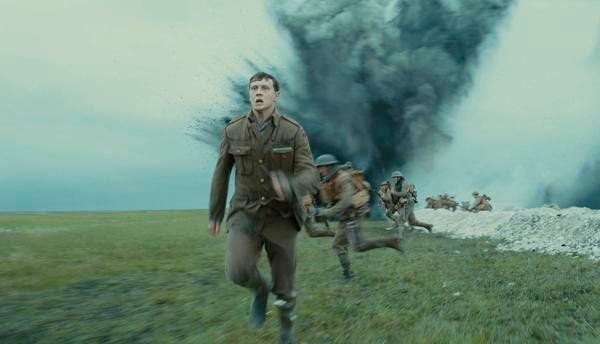 George MacKay as Schofield in "1917." | Photo courtesy of Universal Pictures

George MacKay as Schofield in "1917." | Photo courtesy of Universal Pictures

Since its formal introduction in Alfred Hitchcock's 1948 "Rope," the "one-shot" or uninterrupted take method of movie photography has only been used in roughly three dozen subsequent films. This relatively miniscule number isn't because the process is difficult (with modern technology, it's actually pretty easy) but rather because it is largely perceived as a gimmick.

The most recent example is "Birdman," the 2014 movie which amassed equal numbers of fans and detractors and went on to become one of the most unlikely Best Picture winners in Academy Award history.

Opening with a scene which bears an uncanny resemblance to Stanley Kubrick's "Paths of Glory," director Sam Mendes' "1917" wastes no time in establishing both the mundane claustrophobia and frantic desperation which largely defined World War I. Trench warfare involved long stretches of extreme tedium punctuated by intermittent bursts of sheer terror.

Making it all the more personal -- one of the men's brothers is a member of Mackenzie's battalion. Taking it all as matter of course without question (like men in both World Wars always did) Blake and Schofield acknowledge the well wishes and possible farewells of their brothers in arms and head out on their mission.

For the first hour, the "one-shot" presentation is anything but a gimmick, serving as both an audience surrogate and heavenly guardian angel. Mendes and Roger Deakins - easily the most innovative and talented of all living cinematographers -- are blessed during this stretch with natural, hazy afternoon sunlight which brings every visual to the fore. Decaying bodies of man and beast litter the muddied and mangled landscape where barbed wire, plank-strewn ditches and twisted metal girders provide a constant, ominous and permeating air of dread.

The first of a handful of throttling and unnerving passages involves Blake and Schofield watching as a German fighter plane is hit by a distant anti-aircraft shell and slowly makes its way toward Earth and ever closer to them. One could surmise a great deal of post-production tinkering went into this 30-or-so-second stretch, but good luck to anyone trying to figure out what is real and what might be CGI. This is accompanied by what can only be described as an extremely dicey narrative choice by Mendes and his co-writer Krysty Wilson-Cairns, which results in an almost too realistic, soul-crushing gut-punch.

As day morphs into night, the filmmakers rely on other sources of light (the moon, candles, wood stoves, muzzle fire, exploding bombs) and this is where perpetuating the "one-shot" framing device becomes increasingly problematic. It effectively holds the screenplay at bay. Things which transpire begin feeling stilted and somewhat forced, a situation made all the worse by Mendes' temporary blind spot regarding the laws of probability and outcome as it relates to the exchange of early 20th century gunfire. (How's that for a non-spoiler spoiler?)

This slight ebb in both logic and visual wonder eventually dissipates with a new day sunrise, its accompanying cold morning dew, sheer exhaustion and a frenzied race against time. Possessing written orders from a general isn't nearly the same as hearing them escape from the general's own mouth, and the messenger's horrified frustration - and by proxy, that of the audience - becomes practically unbearable.

Not based on any book but rather a story told to Mendes by his grandfather Albert, who served in the war, "1917" isn't the greatest war movie ever made but it is easily the most original. That is high praise indeed when one considers how generic and interchangeable some of these productions can be.

From a Monday morning quarterback's perspective, the power and force of such a relatively straight-forward and simple story didn't need such attention-grabbing visual hocus pocus which -- even if just a little -- robbed the story of at least some of its rumbling thunder and ultimate life-affirming, white-knuckle appeal.

Then again there are some who will adamantly contend that not allowing the audience any kind of breather or respite is the point. Keeping us within arm's length of these men - whose fear equaled their bravery and dedication - forces us to become personally invested in their fates, whether we wanted to or not.

Before it's all over, if you aren't totally vested in the final outcome of the leads you should probably not even bother watching it in the first place. This probably isn't your kind of film.