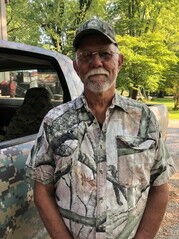 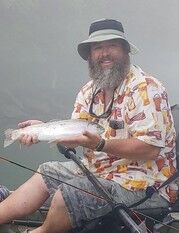 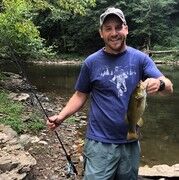 A lifelong hunter and angler, Jones is a Vietnam veteran and co-owner of the Green Timber Duck Club, a 156-acre farm developed specifically for waterfowl hunting in the Barlow river bottoms of Ballard County.

He served in the U.S. Marine Corps from 1969 until he was honorably discharged as a corporal. He studied wildlife biology at Murray State University for two and a half years before enlisting in the Marine Corps and is a graduate of the Tennessee Valley Authority’s School of Instrument Technology at the Sequoyah Nuclear Plant.

A lifetime member of the National Rifle Association and winner of numerous regional long-range rifle competitions, Jones has worked as a professional waterfowl hunting and fishing guide in western Kentucky and southern Illinois. He was named 2020 Person of the Year by the Wetherby Chapter of Ducks Unlimited.

“I’m here for everybody in the First District, whether you’re in Christian County or Ballard County,” Jones said.

He is a lifelong resident of Boone County and an avid outdoor enthusiast who enjoys fly fishing, hunting, hiking and kayaking, among other activities.

“I’m very excited for the opportunity to represent my fellow sportsmen and sportswomen of the Fifth District and for the opportunity to work closer with the Kentucky Department of Fish and Wildlife Resources to help promote the outdoor activities that I have grown to love in our great state,” Lillard said. “I hope to inspire others to continue to pass on our traditions of fishing, hunting and trapping to the youths of the Fifth District so that one day they can pass these traditions on to their own children.”

Lear is a real estate agent with Keller Williams Bluegrass Realty in Lexington. He is also the chief operating officer of Sheltowee Hammock Company. Lear previously served in executive roles with the Burnamwood Camp and Conference Center and with Burnamwood Appalachian Ministry in Irvine.

He is an elder and former youth minister at Maxwell Street Presbyterian Church and was an assistant soccer coach at Sayre High School. Lear is a member of the Lexington Bluegrass Association of Realtors, Ducks Unlimited, Trout Unlimited and Kentucky Wild.

"Kentucky's fish and wildlife resources are second to none," he said. “I look forward to working alongside sportsmen and sportswomen of the Sixth District and across Kentucky to forge paths of progress.”

The Kentucky Fish and Wildlife Commission promotes fish and wildlife conservation while representing the interests of anglers and hunters. The Commission recommends all hunting, fishing and boating regulations for approval by the General Assembly.