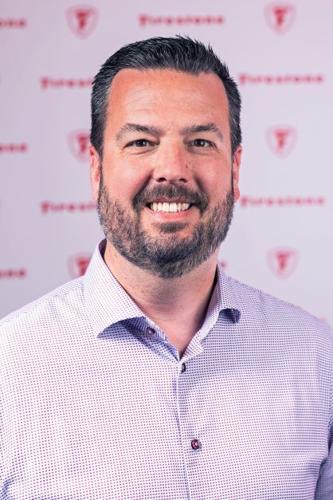 NASHVILLE — The new year is bringing some big changes to one of Whitley County’s largest employers.

Several rebranding options were developed and carefully considered but officials say Airide resonated as both representative of Firestone’s legacy and the feeling the technology invokes in terms of isolation from vibrations and leveling.

Airide was the first air spring product in the marketplace, patented in 1938, and has been a leader and innovator in the space for more than 80 years. Today, Firestone Airide is one of the largest suppliers of air springs in the truck/trailer, bus and automotive spaces. As one the largest suppliers of air springs to the electric vehicle industry, the brand direction aligns with Firestone’s partners and their sustainability goals, including applications on some of the best-selling electric cars and SUVs.

“Bridgestone continues to accelerate its journey toward a sustainable solutions company, and Firestone Airide plays a critical role as an enabler of new mobility,” Justin Monaghan, Firestone Airide President, stated. “We are excited to launch our rebrand, not only as a fitting evolution of our company, but as a testament to the legacy and value of the Airide name.”

Firestone Airide has a global footprint with manufacturing facilities in the U.S., Brazil, Costa Rica, China and Poland and R&D operations in the U.S. and The Netherlands.

Locally, Firestone’s Williamsburg plant is in the midst of a $50 million expansion that is expected to create an additional 250 jobs over the next five years. The facility, in operation for more than 30 years, currently has the capacity to employ some 500 people with company officials adding that the expansion is on target to begin producing in the new addition some time during the third quarter of this year.

Firestone Airide has a diverse portfolio of products for everything from light-duty vehicles and large on-highway trucks and buses to off-highway vehicles such as trains, heavy construction and mining equipment, and industrial applications such as conveyor systems. Firestone Airide also has a large aftermarket presence with its Airide Assist (formerly known as Ride-Rite air helper springs) and continues to expand its applications with studies in the medical and scientific spaces.