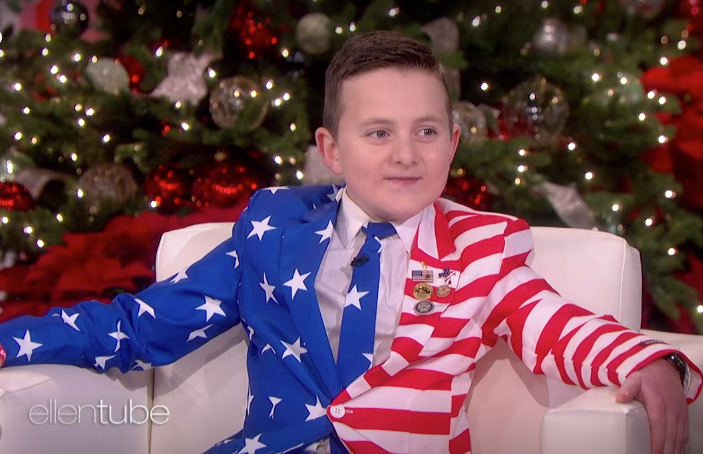 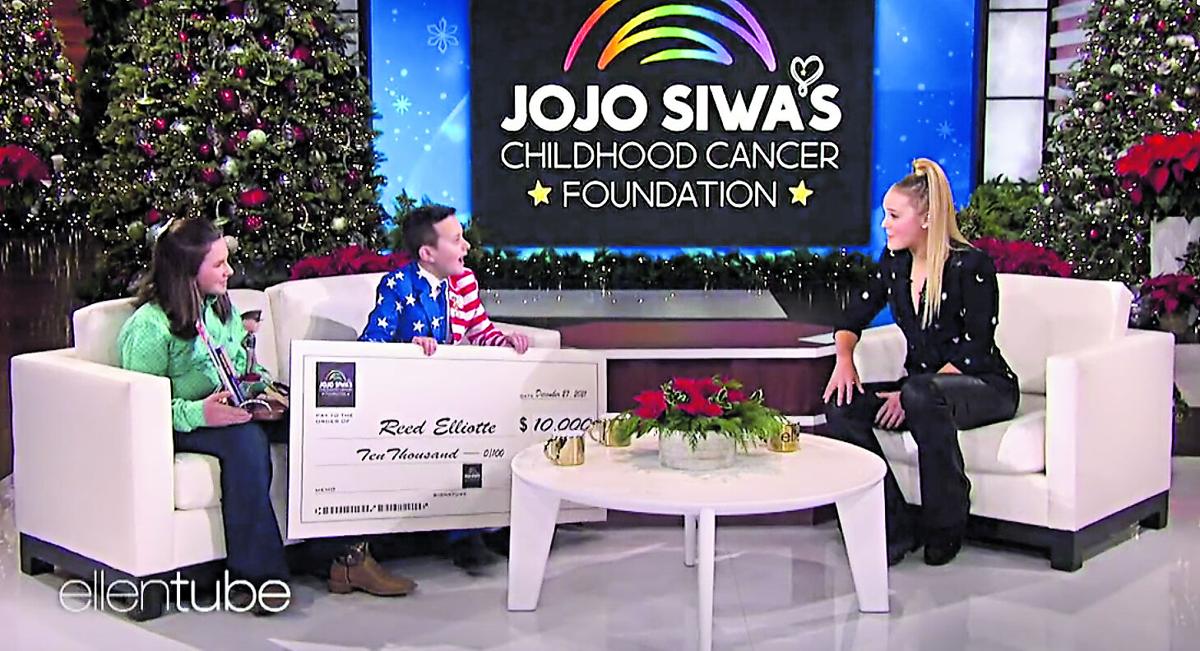 Corbin 11-year-old Reed Elliotte appeared on Monday's episode of "The Ellen DeGeneres Show" where he was presented with a $10,000 check from the Jojo Siwa Childhood Cancer Foundation. | Screenshot of Video 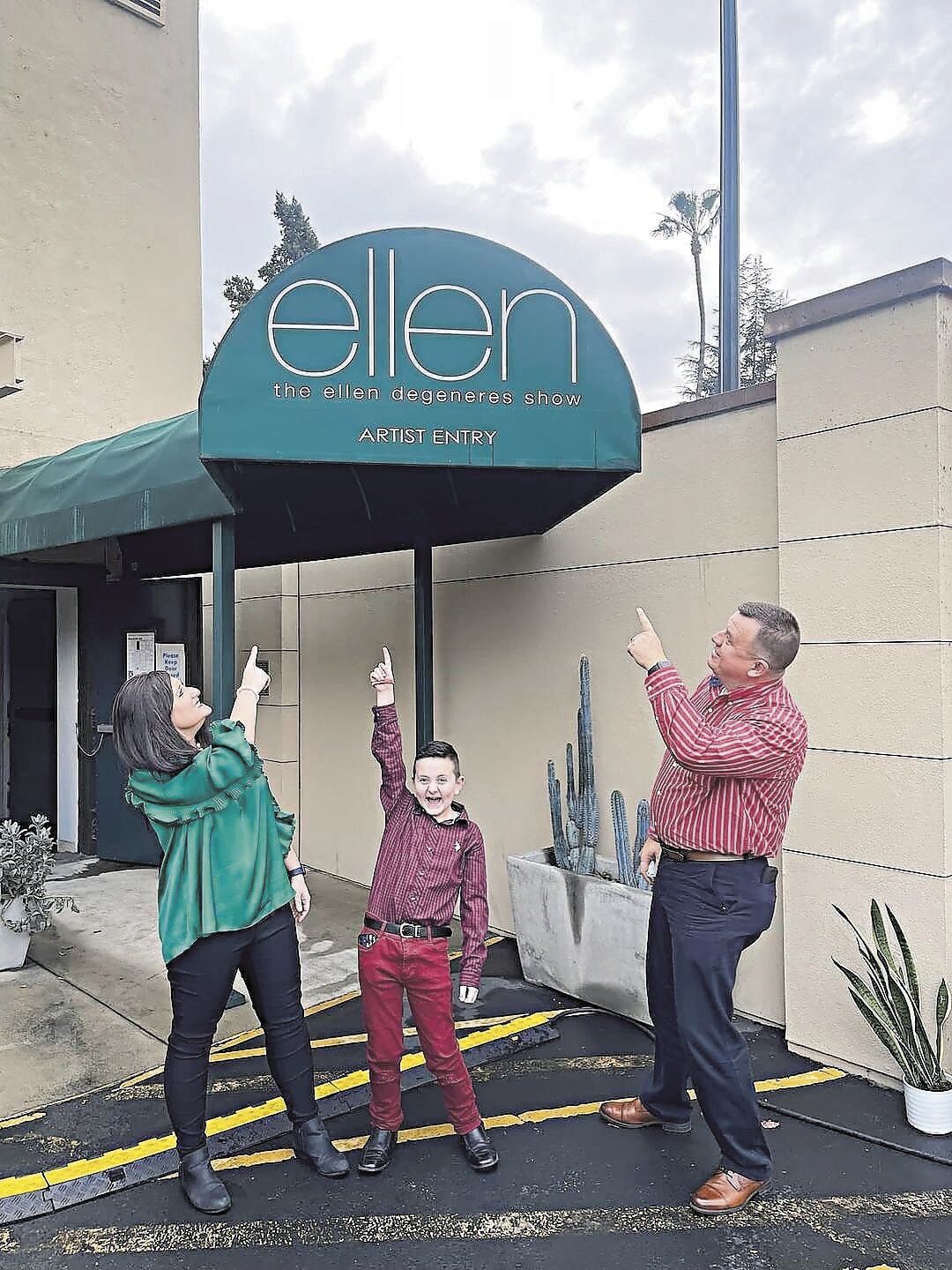 Corbin 11-year-old Reed Elliotte appeared on Monday's episode of "The Ellen DeGeneres Show" where he was presented with a $10,000 check from the Jojo Siwa Childhood Cancer Foundation. | Screenshot of Video

CORBIN—Corbin 11-year-old Reed Elliotte had the opportunity of a lifetime when he got to appear on a segment of “The Ellen DeGeneres Show” that aired on Monday.

Elliotte, a bit of a presidential expert and a self-proclaimed “old soul,” made a video several months ago to send to "The Ellen DeGeneres Show" that was seen by producers.

“As soon as they got it, they pulled up my Facebook page and saw more of Reed’s videos and they sent an email and wanted a Zoom meeting that day,” said Elliotte’s mother, Larrietta. “They did about a 45-minute Zoom meeting and they fell in love with Reed.”

Larrietta said about four months later, the family got a call that they would be flown out to California for Elliotte to appear on the show.

While on the show, Elliotte had the opportunity to meet a fellow kid presidential expert, Macey Hensley, who has appeared on "The Ellen DeGeneres Show".

“So, you know Ellen has a little presidential expert named Macey and I heard you’re a fan of her,” said Jojo Siwa, Monday’s special guest host, during the show.

“One day I was just on my phone looking at presidents and there was this one girl on the Ellen show and I was like ‘wonder who that is,’ so I watched her and then immediately I became a big fan,” Elliotte said, as he noted he even made a stop in her hometown over the summer and was able to chat over the phone with Hensley for a bit.

“I’m sure that Macey loved talking to you on the phone but I think she might like talking to you in person better—Macey come on out,” Siwa said, as Hensley made her way out to a visibly shocked Elliotte. Hensley also brought a gift for Reed with some of her favorite president books and items from her own personal collection.

While on the show, Elliotte also discussed his fight against cancer where he said he was glad he was able to share some of his testimony with viewers. Elliotte is a two-time cancer survivor. He was diagnosed with lymphoma in 2016 and was later diagnosed with cancer again but is now cancer-free.

“Where the Lord healed him from cancer, he got to share that with everybody,” said Elloitte’s father, Bill. “That was one of the highlights of the show, him getting to share what God had done for him.”

Siwa, who recently launched the Jojo Siwa Childhood Cancer Foundation, presented Elliotte and his family with a check for $10,000 during Monday’s show.

“Wow, what a story,” Siwa said. “You are awesome. Now, I don’t know if you know this or not but I just launched the Jojo Siwa Childhood Cancer Foundation and I really want to help kids and families who have been affected by cancer and especially childhood cancer, so we want to give you a check for $10,000 to help just to help with your funds, help you be happy. Whatever you want to use that money for, it’s yours.”

The Tri-County Cineplex hosted a watch party on Monday afternoon to show Elliotte’s appearance on "The Ellen DeGeneres Show" with around 75 friends and family in attendance to share in Elliotte’s experience, an experience that Elliotte will likely remember for years to come.

Check out the interview here: