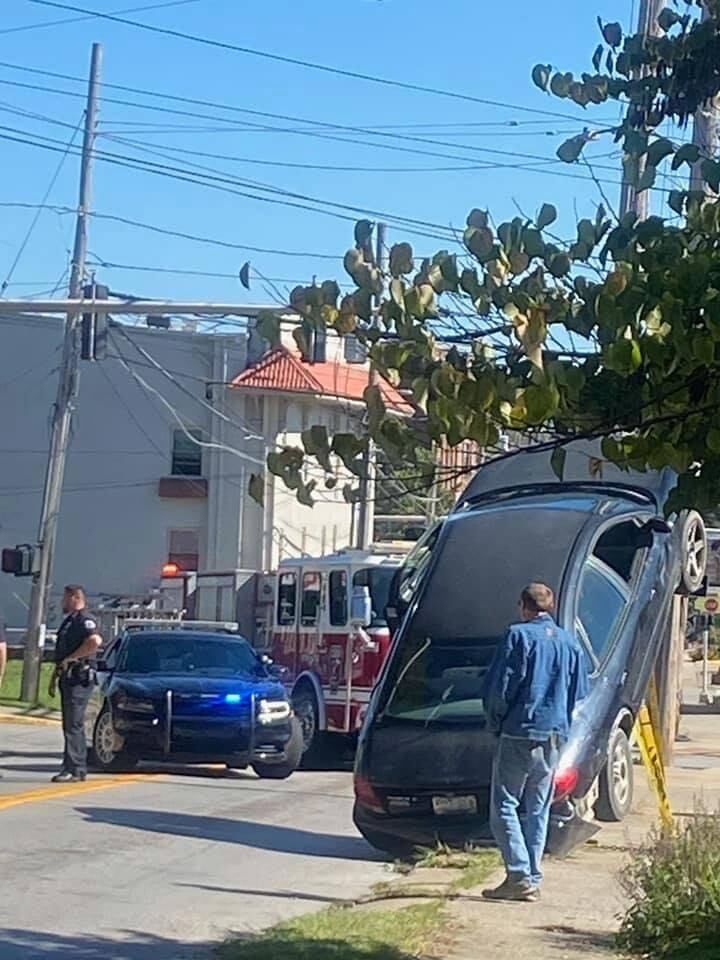 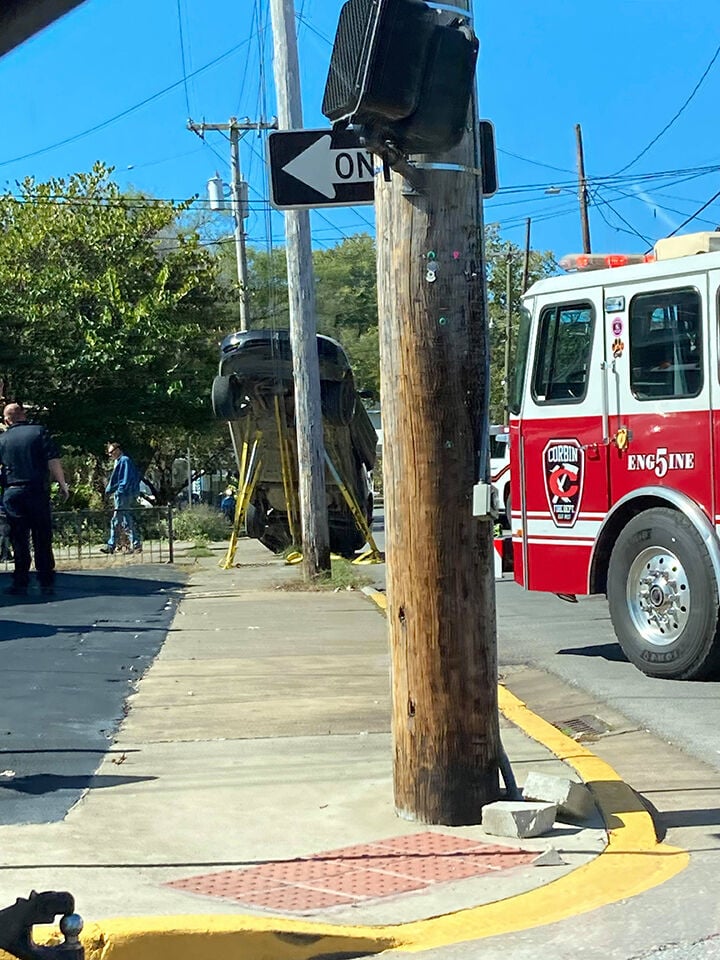 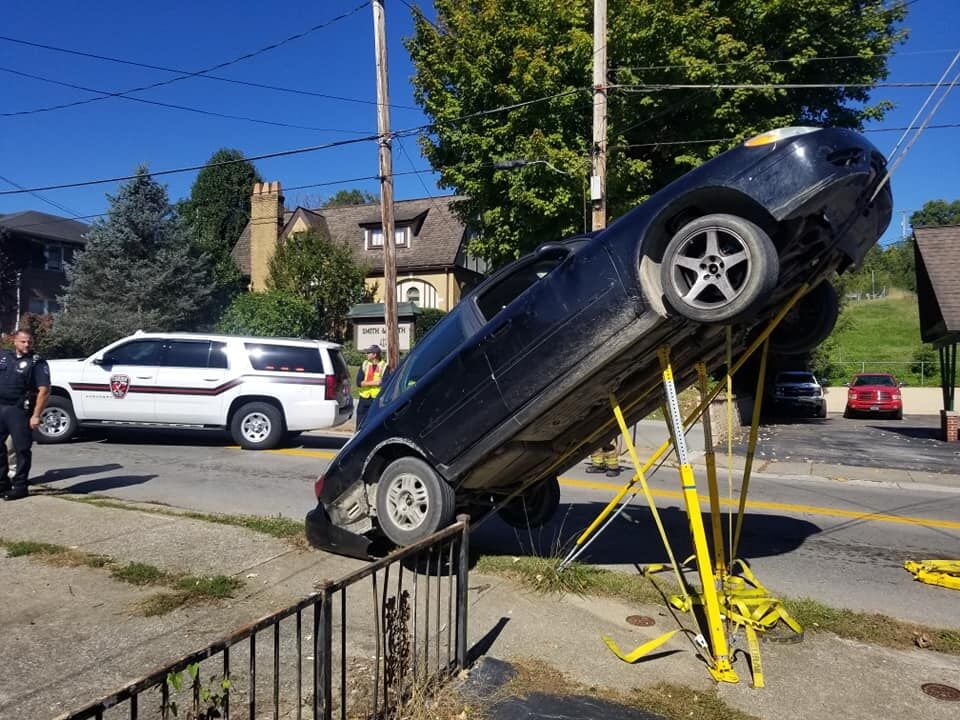 CORBIN — A single vehicle crash on Gordon Hill Monday afternoon resulted in no injuries, but left two people stuck in their vehicle which had run up the guy-wire of an electric pole.

Corbin Fire Department, Corbin Police Department and Corbin City Utilities were all on scene on Gordon Hill at the intersection of Kentucky Avenue.

"Arriving units found two people still in the vehicle unable to remove themselves," the fire department said in a Facebook post. "The vehicle was stabilized and the occupants were safely removed by fire personnel."