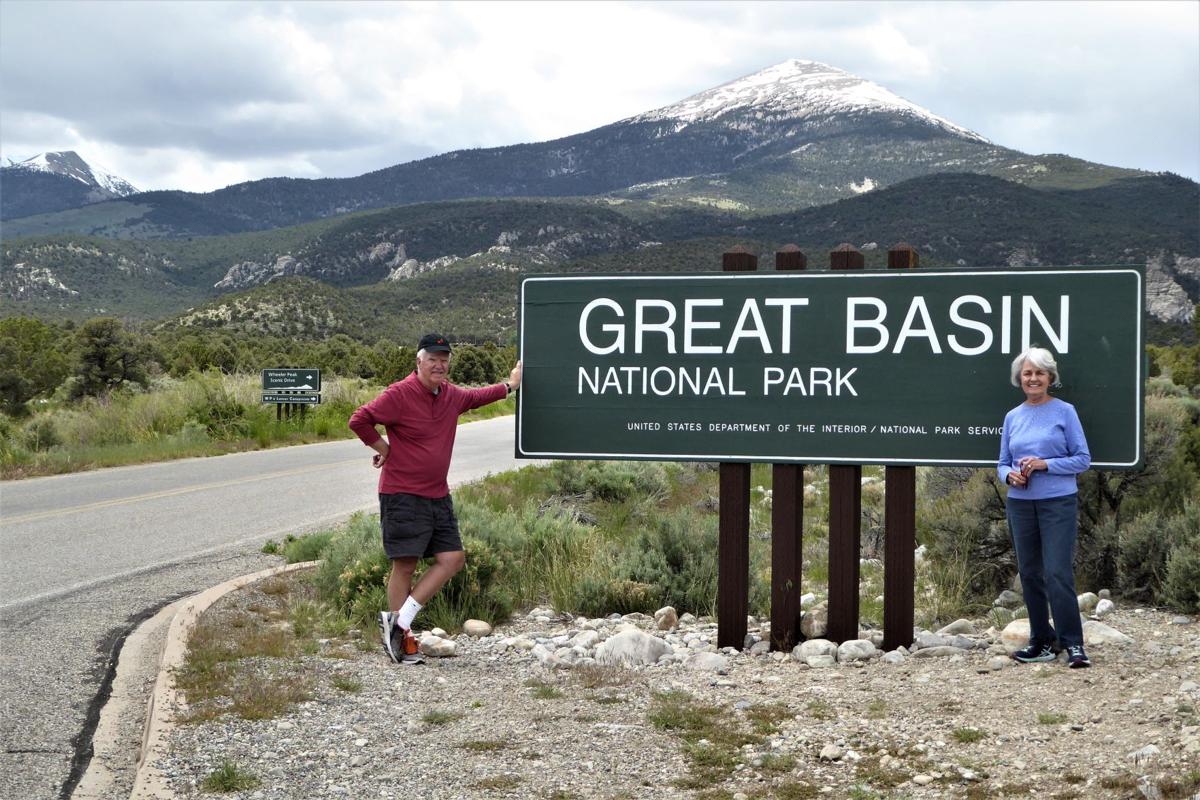 David and Kay Scott at the entrance to Great Basin National Park. 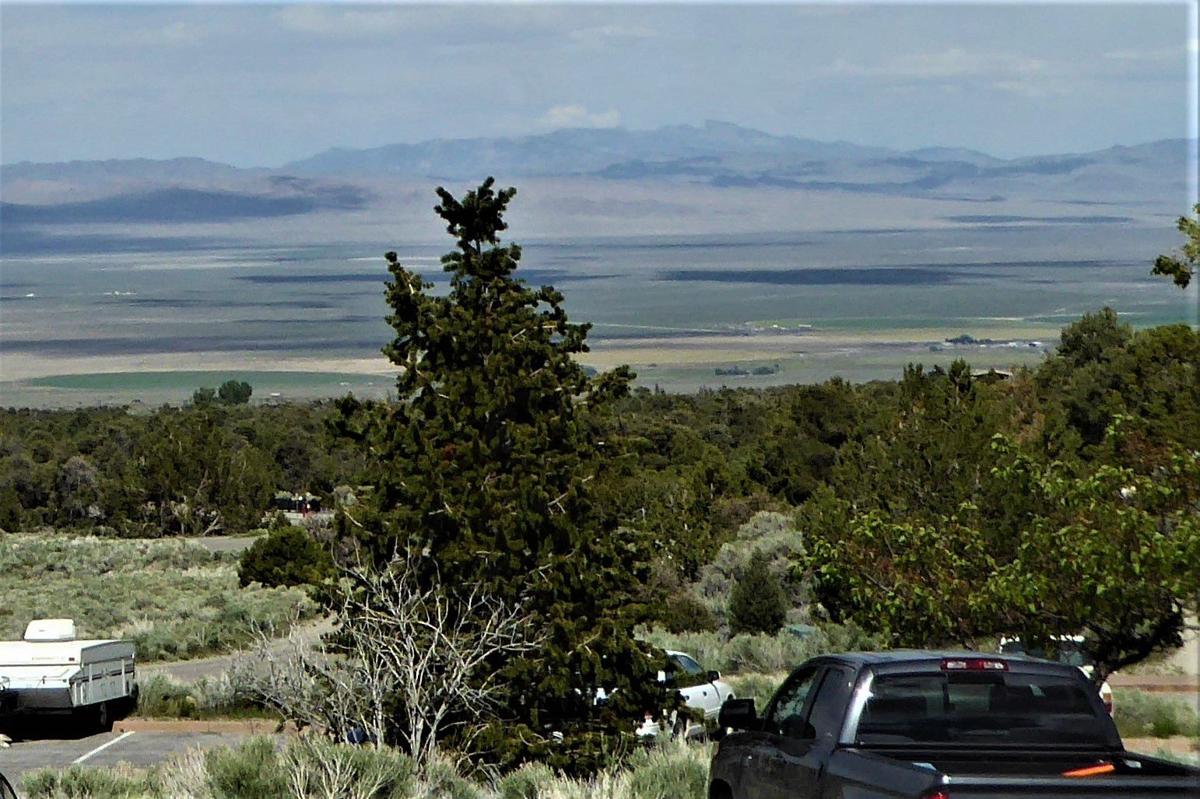 A small portion of the vast Great Basin Desert as seen from the Lehman Caves Visitor Center.  The tree in  the center is a 50-year old bristlecone pine. 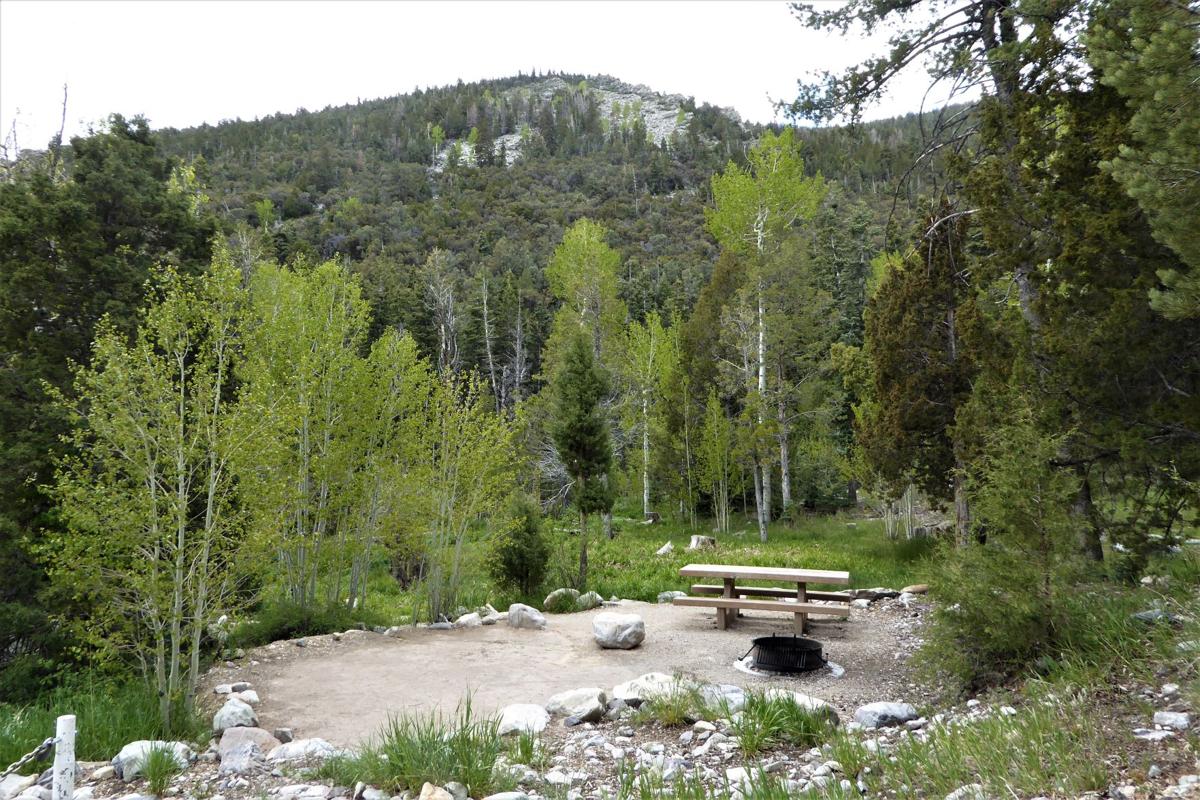 A vacant campsite in one of three campgrounds on Wheeler Peak Scenic Drive. 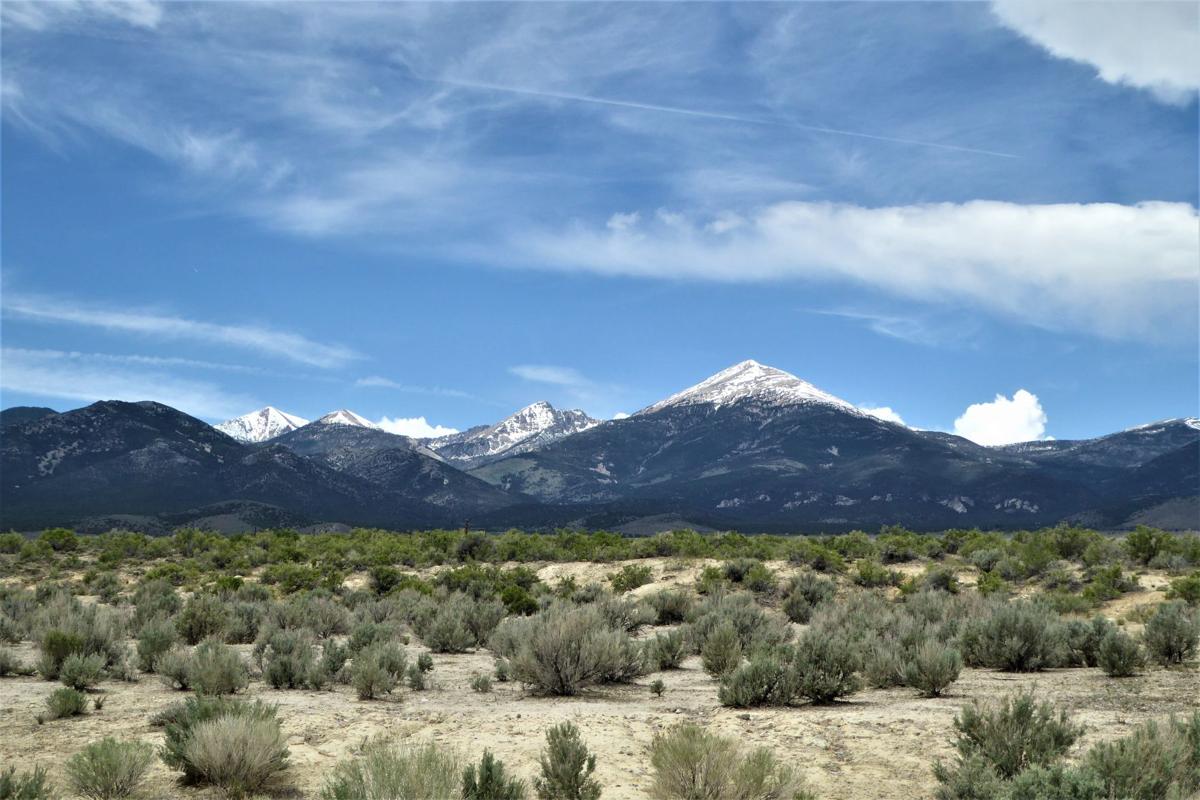 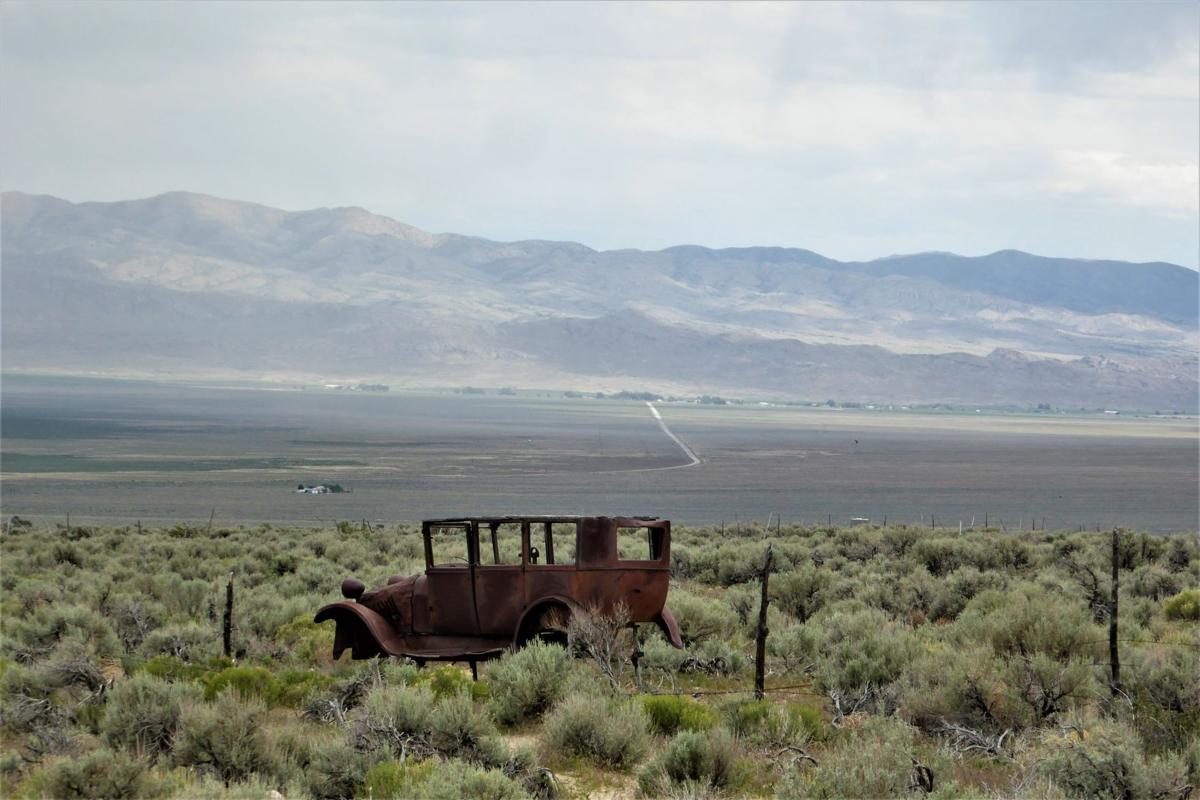 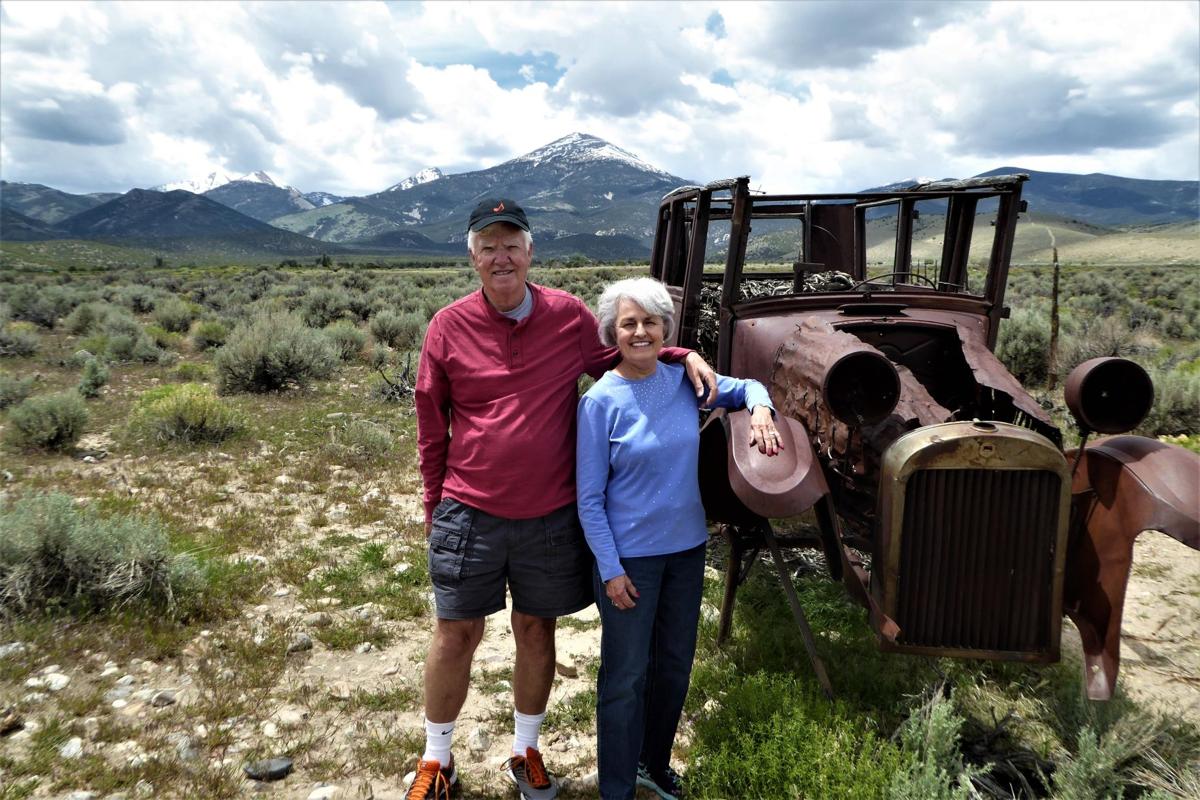 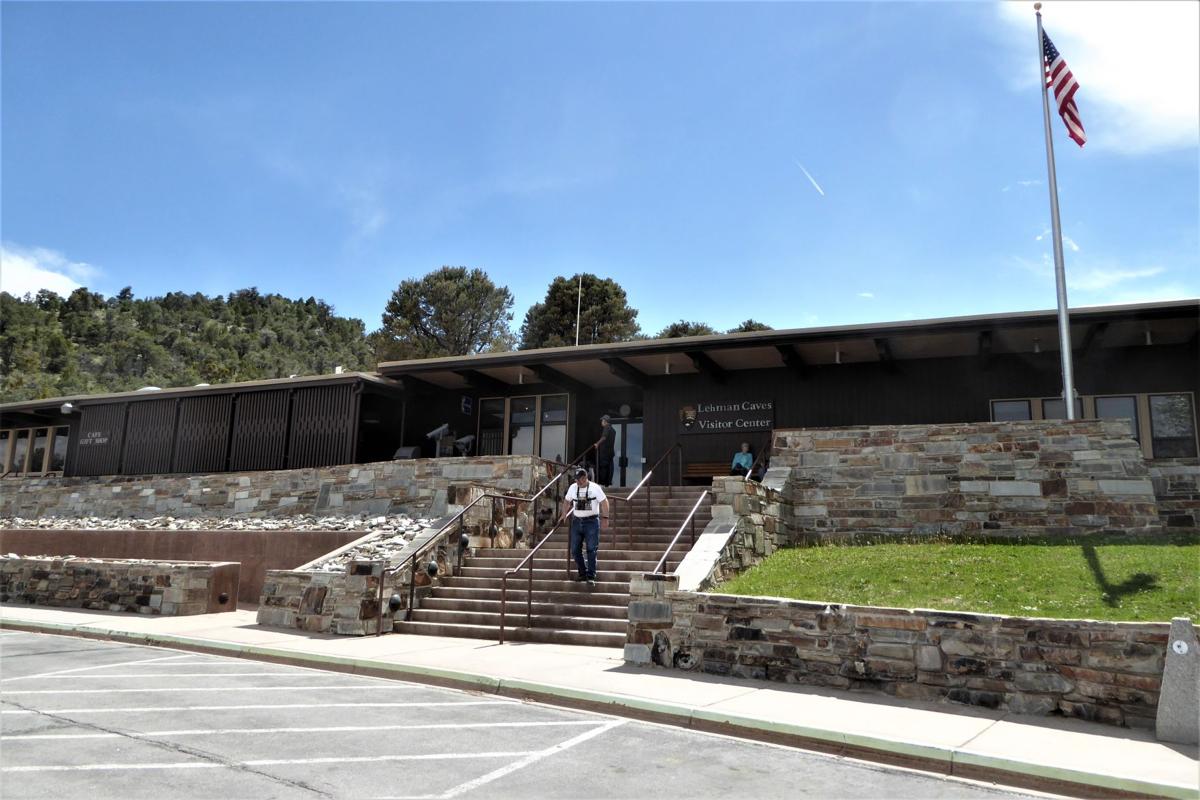 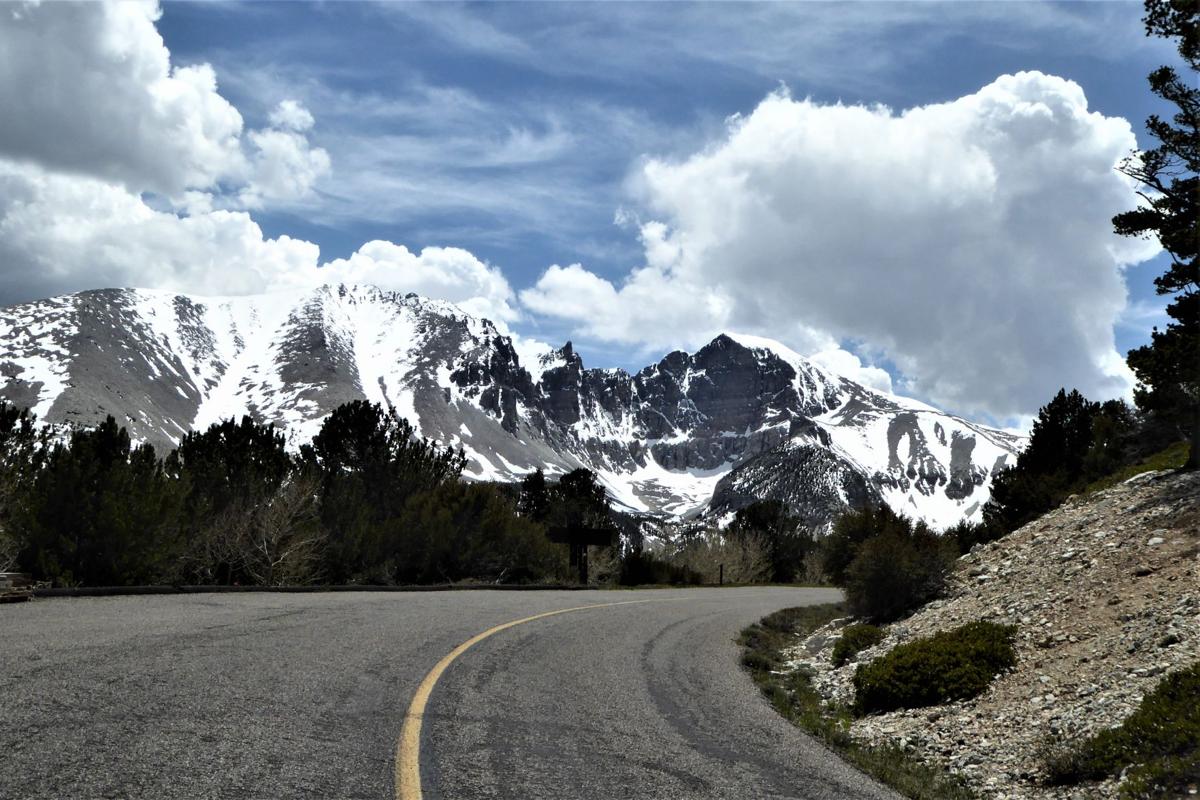 One of many beautiful views along Wheeler Peak Scenic Drive. 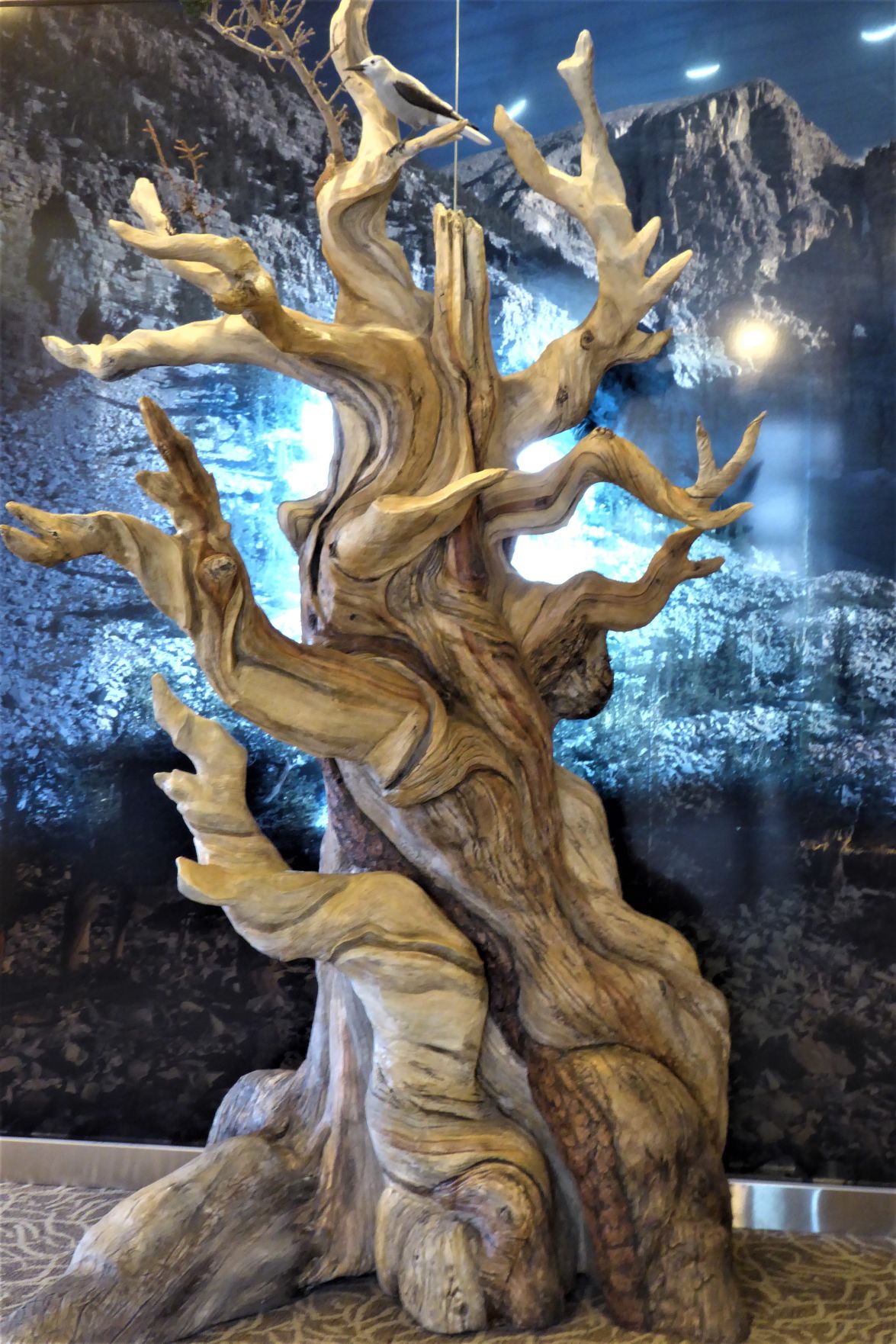 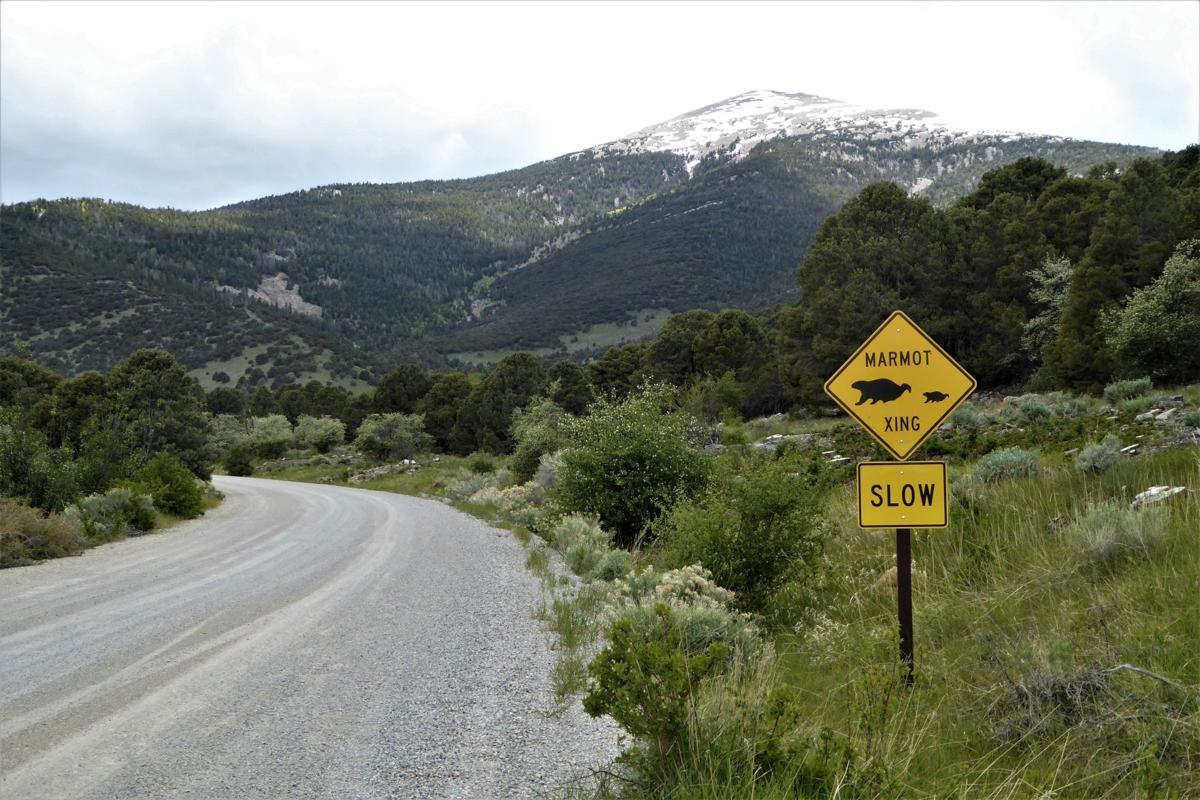 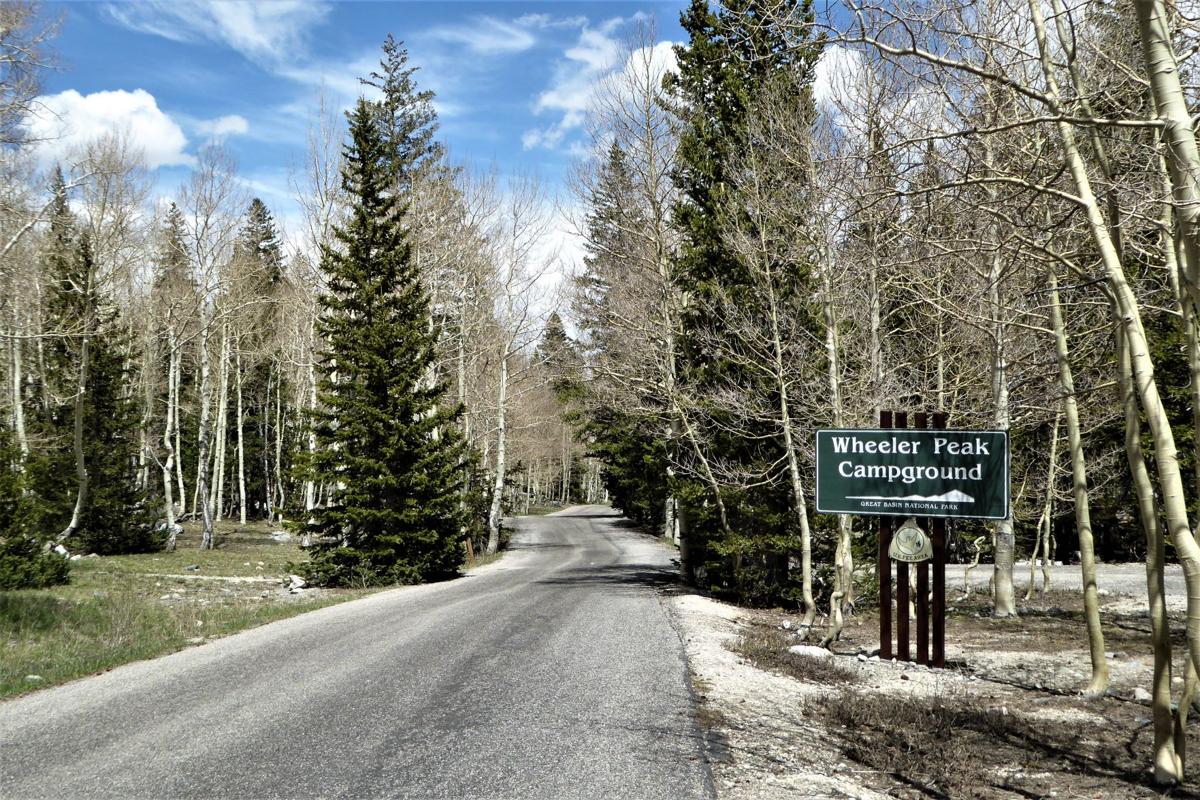 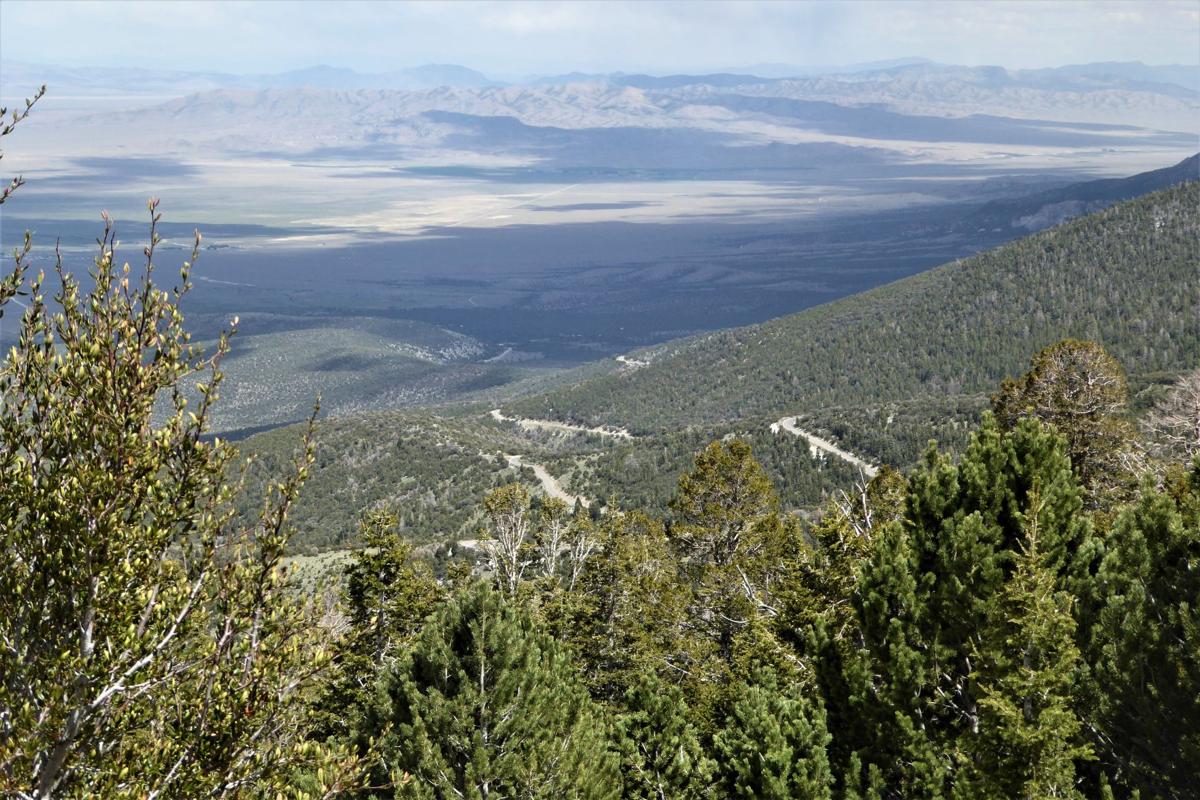 David and Kay Scott at the entrance to Great Basin National Park.

One of many beautiful views along Wheeler Peak Scenic Drive.

Perhaps not to the extent of some Alaska parks, but certainly compared to units in the continental U.S.

Located in eastern Nevada a short distance from the Utah border, the park is 234 miles southwest of Salt Lake City, the nearest major population center.

This isolation results in relatively light visitation and makes the 77,000-acre park all the better as a travel destination.

The park derives it name from the vast desert region in which it is located. America's Great Basin is bordered on the west by California's Sierra Nevada and on the east by Utah's Wasatch Range.

The region extends north to southern Oregon and south to southern Nevada. The basin has no water outlet with its few rivers disappearing into sinks or flowing into lakes and marshes with much of the water lost to evaporation.

First-time visitors tend to be surprised by the beauty of the park’s majestic South Snake mountain range capped by 13,063-foot Wheeler Peak. The wide range in elevation, from 6,000 at the park entrance to numerous mountain peaks of far more than 11,000 feet, results in diverse wildlife including kangaroo rats that can survive without drinking water and vegetation that varies from sagebrush to alpine plants.

For many visitors, the pot of gold at the end of the rainbow is the park’s bristlecone pine, a tree that can live for thousands of years. A bristlecone grove is accessible via a hiking trail (2.7 miles roundtrip) that begins near the Wheeler Peak parking area.

Most day visitors to the park divide their time between taking a guided cave tour and driving Wheeler Peak Scenic Drive. Cave tours were the primary draw prior to 1986 when the unit was Lehman Caves National Monument.

Our first stop was the park’s main visitor center located just outside the small town of Baker. There, we explored the exhibits, viewed an excellent 22-minute video and talked with park ranger Kevin Loscheider.

Ranger Loscheider told us he enjoys the park’s remoteness, in part because it allows for a spectacular dark sky experience.

He mentioned devoting considerable time studying the park’s famed bristlecone pines and visiting all of the park’s bristlecone groves, some of which are quite remote.

After spending more than an hour in the visitor center, we returned to the car and drove the 12-mile paved scenic drive that ascends to more than 10,000 feet, terminating at a parking area and nearby Wheeler Peak Campground.

Wheeler Peak Scenic Drive offers visitors superb views of both the South Snake Range and the Great Basin Desert. The road passes through numerous ecological zones the National Park Service website claims is equivalent to “driving from Baker, Nev., to the frozen Yukon.”

Our visit in late May was relatively early in the season and patches of snow remained at road’s end. Two campgrounds along the road at lower elevations were open, but Wheeler Peak Campground remained closed.

We were told at the visitor center that snow and slippery rocks would make the trail to the bristlecone pine grove potentially dangerous. As senior citizens, we took the hint even though visiting the grove had been a goal of the trip.

After exploring the vacant campground and enjoying the alpine scenery, we headed back down the road for a stop at the park’s Lehman Caves Visitor Center where cave tours begin. It is also home to a cafe and gift shop.

The National Park Service offers two cave tours. A 60-minute Lodge Room Tour covers .4 miles, while the longer Grand Palace Tour requires 90 minutes and covers .6 miles. We had taken a cave tour here many years ago when this NPS unit was a national monument rather than a national park.

This time we chose to browse the gift shop and enjoy some ice cream before heading back to Ely. It was late afternoon and the next morning we were planning a ride on the steam train at Ely’s Northern Nevada Railway Museum.

David and Kay Scott are authors of “Complete Guide to the National Park Lodges” (Globe Pequot). Visit them at mypages.valdosta.edu/dlscott/Scott.html. Read their previous columns at www.facebook.com/DavidKayScott. The Scotts live in Valdosta, Ga.

Getting there: Great Basin National Park is in eastern Nevada approximately an hour east of Ely via U.S. Highway 50 and Nevada 487. The nearest major airports with rental cars are Salt Lake City (234 miles) and Las Vegas (286 miles).

Lodging: The small town of Baker has limited lodging five miles outside the park entrance. Ely, an hour west on Highway 50, is the nearest town with significant lodging facilities.