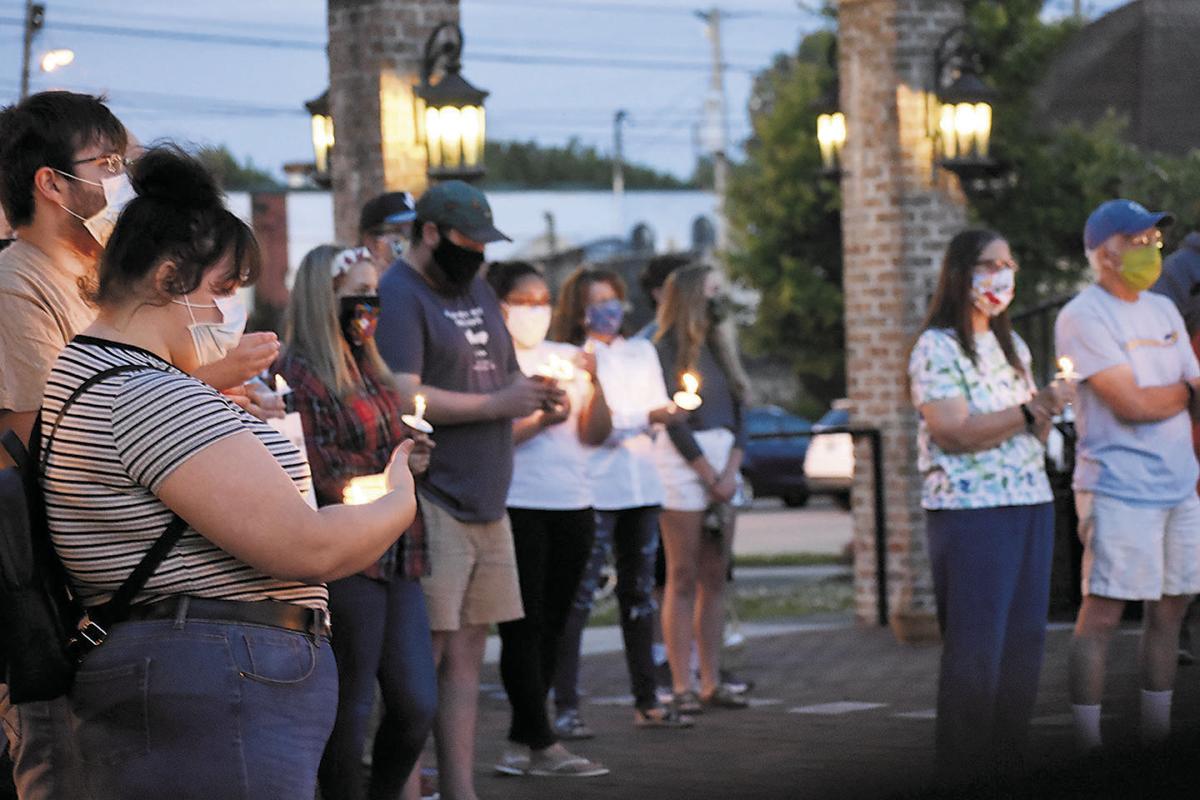 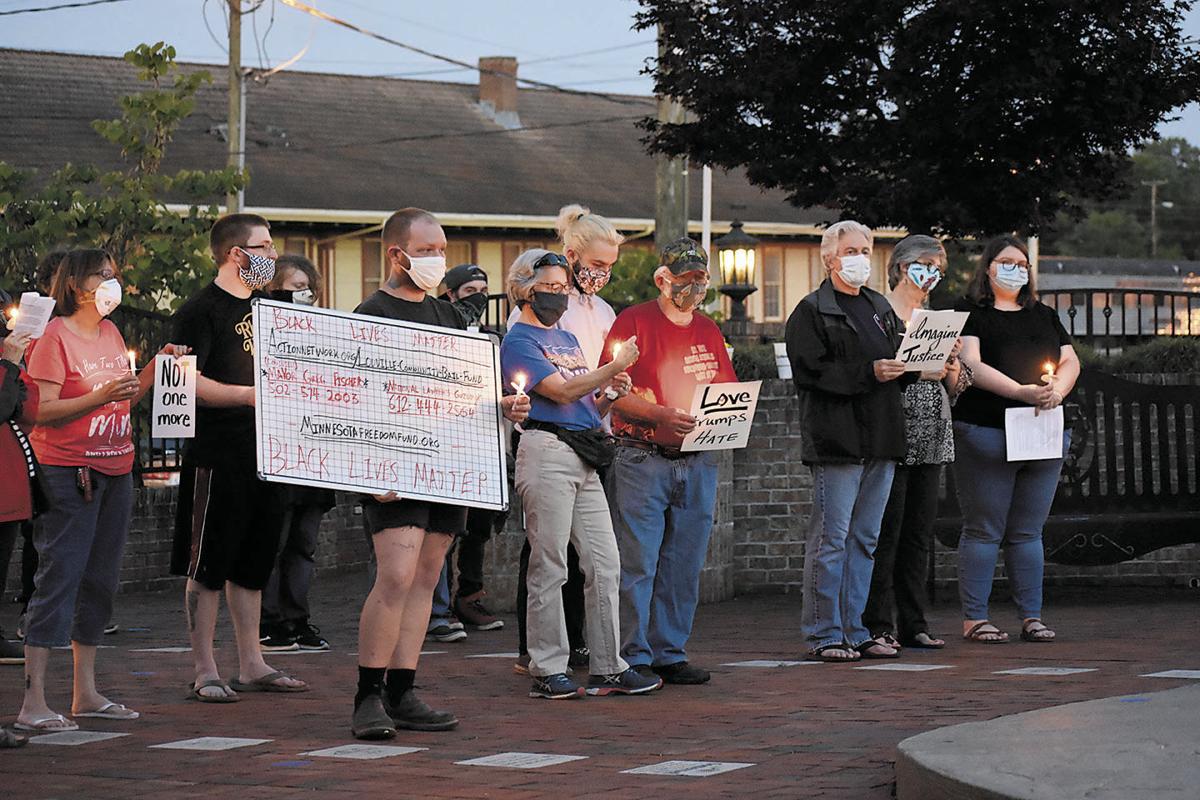 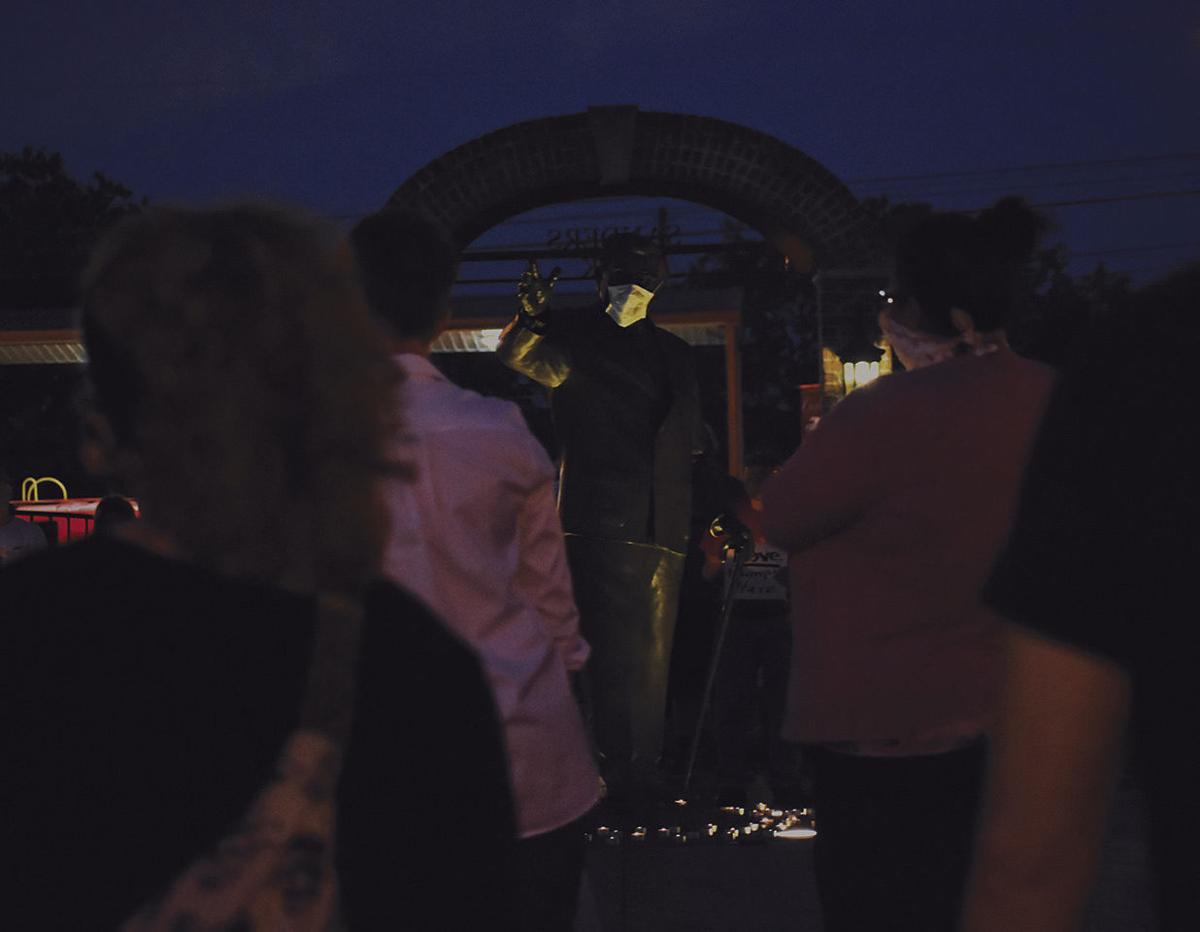 CORBIN - The Sunup Initiative hosted a candlelight vigil in honor of Ahmaud Arbery, Breonna Taylor and George Floyd in Sanders Park on Saturday.

Individuals from across the Tri-County area were in attendance for the vigil. Individuals lit up Sanders Park for about an hour as individuals walked to the center of the park and shared their personal thoughts on racism and other topics.

Lisa Garrison, one of the coordinators for the event said, “My intent was to show others that white people understand that we are part of the problem, and we have to understand that we have work to do in healing our relationship with our brothers and sisters of color.”

“I am thrilled that we had such a turnout. It shows that there is concern in Corbin and the surrounding Tri-County area,” said Garrison, a candidate who has filed for Corbin City Commission. That election will be in November.

“I think that we have seen hearts have changed just from experiences we have watched the last few days. There has been evidence of that,” said Garrison.

Geoff Marietta, a local business owner in Corbin, brought his two children to the vigil.

“It is important to, in the right way, show your children the issues that are a part of our society,” said Marietta. “You can try to hide it if you want, but it is going to ripple through your family if you're paying attention, so it is better to be transparent with your children and explain to them in safe ways the issues that society is struggling with.”

“There is no need for all the violence. There is none,” said John Goyle, a veteran and individual in attendance at the vigil. “The three of us are veterans - we fought for the right for this to happen. There is no reason for people to be killing people.”

“There is no reason for people to be burning people’s places of business down - especially businesses that have kept you eating and clothes on your back while all this has been going on,” said Goyle.

“You judge people by character, not the color of their skin,” said Wayne White, also a veteran and individual in attendance at the vigil.

Goyle was pressured by the crowd to stop speaking after he shared some controversial views.

“We came down here to make sure that no one got hurt tonight,” said White.

There was no violence or disturbance during the vigil.

Suzie Razmus, mayor of Corbin, was in attendance and shared a few words during the vigil.

“I just wanted to say that there is a lot of righteous anger that people are feeling and I just was speaking into how I was feeling - which is that I am just so sad about it,” said Razmus. “Just as a human being of this race, and as a supporter of law enforcement, my heart was just broken because this one, well these four, bad cops. The damage that has been done by this selfish, evil event is burning our country down.”

“To me it just means people care - more than anything it shows that people care,” said Lois Thompson, one of the individuals who spoke during the event. “It is just nice to see. People coming together and understanding and if they don’t understand, they want to understand.”

When Thompson came to the event, she said she expected that “if there were people of color, it is not just about black people, it is about all people of color we just get it the worst probably telling some experiences about living in this world cause it is tough to have to have those conversations with your children.”

Thompson said that she hopes people will ask questions and start conversations.

“Instead of drawing conclusions based on misinformation because someone else heard, ask someone that knows. Ask someone who lives it, like ‘what is it really like to walk in your shoes?’, ‘how does it feel like to have to have those conversations with your children?’, said Thompson.

“I am so grateful that our little community loves each other enough to listen to each other, and listen to other points of view and there is a sense of camaraderie here and of love and mutual respect that I am so appreciative of,” said Razmus. “I love my town and I am really proud of it tonight.”

Louise B. Stone Thomas, age 94, of Corbin, Knox County, KY, passed away on Tuesday, August 4, 2020. She was born in 1925 to the late Harris and Elizabeth Bryant. In addition to her parents, she was preceded in death by her brothers, I. N. "Tiny" Bryant and Billy R. Bryant; her husbands, Jack…

Patsy Ann Owens, age 70, of Keavy, passed away on Friday, August 7, 2020 at Baptist Health in Corbin, KY. She was preceded in death by her parents, Henry "Doc" Sizemore and Sophia Gibson Sizemore; brothers, Coy Sizemore, E.G. Sizemore, and Sister, Ruth Phillips. Patsy is survived by her husb…