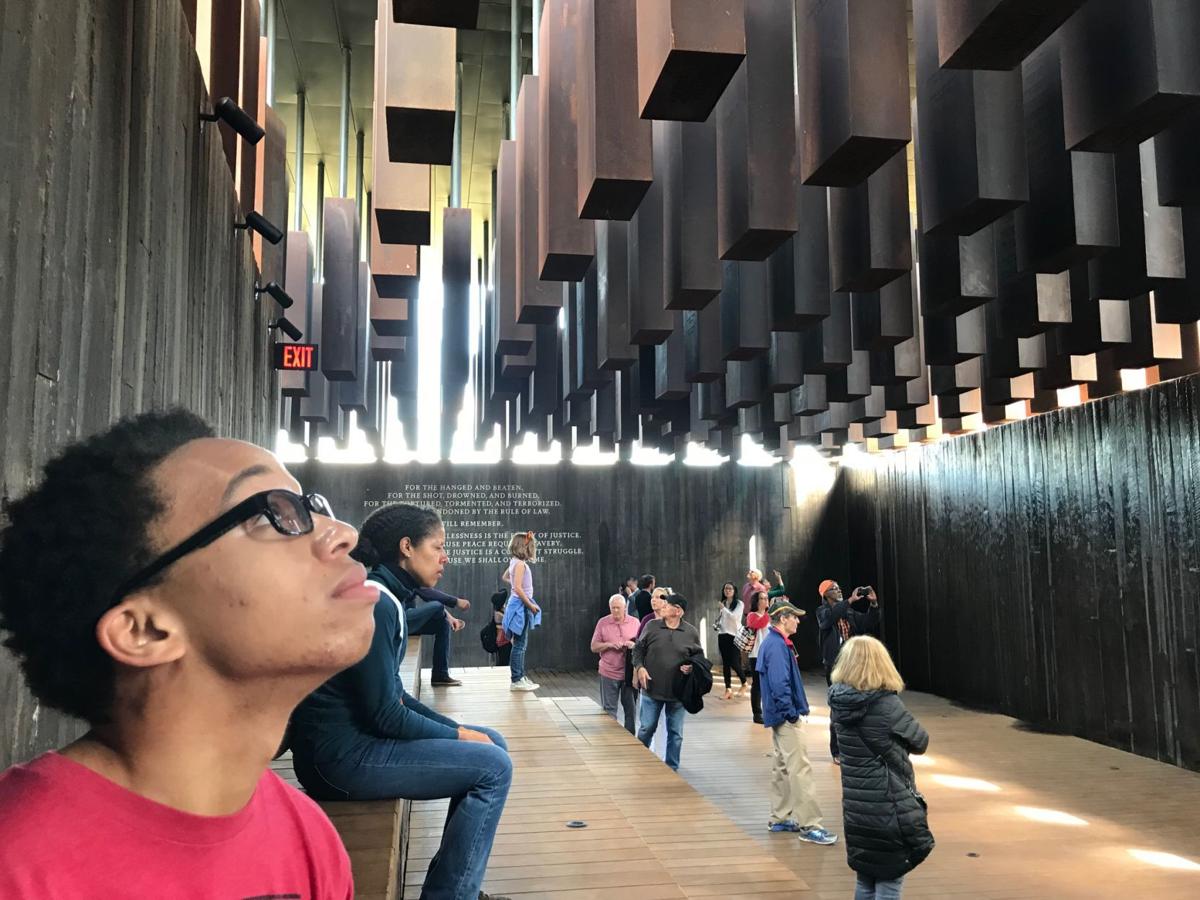 Jaleel Lee, a 19-year-old Valdosta State University student, looks at the many monuments on display at the National Memorial for Peace and Justice in Montgomery, Alabama. The memorial, which is the first of its kind in the United States, opened to the public Thursday. 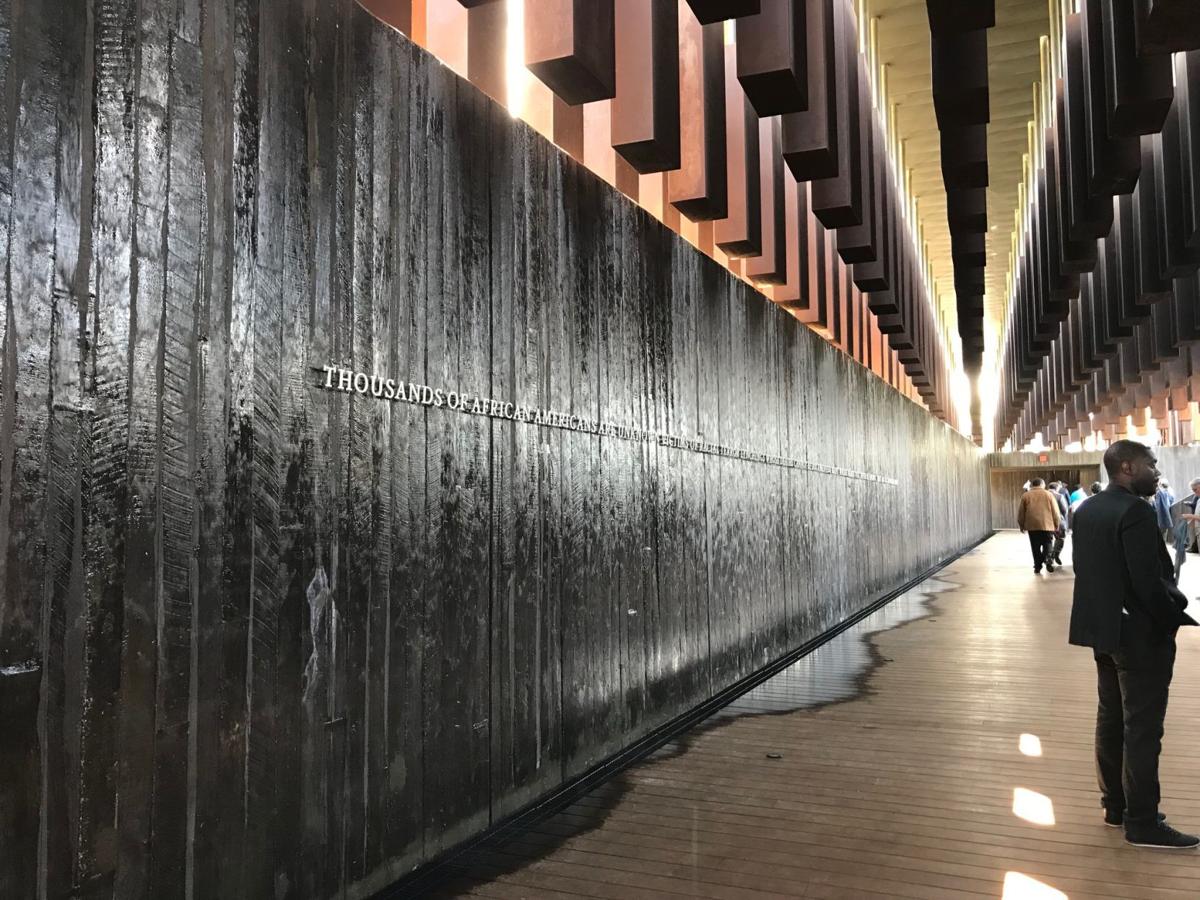 National Memorial for Peace and Justice in Montgomery, Alabama, opened to the public on Thursday.

Jaleel Lee, a 19-year-old Valdosta State University student, looks at the many monuments on display at the National Memorial for Peace and Justice in Montgomery, Alabama. The memorial, which is the first of its kind in the United States, opened to the public Thursday.

National Memorial for Peace and Justice in Montgomery, Alabama, opened to the public on Thursday.

MONTGOMERY, Ala. – The nation’s first memorial to the thousands of people who were lynched in the decades following the Civil War has opened in the middle of where most of the violence took place.

The full impact of the ambitious project remains to be seen, but if the sell-out crowds and lobby-filling lines are any indication, the message of the National Memorial for Peace and Justice in Montgomery, Alabama, is resonating.

Jaleel Lee, who traveled from Valdosta, Georgia, said seeing how widespread the violence was – and how it was carried out in places familiar to him – was overwhelming.

“Unfortunately, I think a lot of people will see it as something that we don’t really need to acknowledge, that it’s in the past,” the 19-year-old Valdosta State University student said.

At the Legacy Museum: From Enslavement to Mass Incarceration, located just a few blocks away in downtown Montgomery, some visitors were moved to tears by the exhibits, including the hologram of an enslaved mother begging for help finding her children.

The memorial consists of more than 800 six-foot steel monuments, each representing a county where a documented lynching occurred. The names of the victims are etched into the sides. Some are simply listed as "unknown."

Outside the memorial sit duplicates of the monuments, which were made for the counties where the lynchings occurred and can be claimed through a process meant to push the call for reconciliation beyond the memorial grounds.

The project is inspired by similar efforts in two cities – Berlin and Johannesburg – that have sought their own reckoning. The Apartheid Museum in South Africa opened in 2001 and Germany’s capital followed in 2005 with a Holocaust Memorial.

The responsibility for the American lynching deaths cannot be hung on one city, though. The Equal Justice Initiative, which is behind the memorial and museum, has tallied more than 4,400 lynchings in states as far north as Michigan and New York. The majority of them, however, were carried out by Southern mobs.

Even so, the memorial’s location in Montgomery is fitting. The city has long wrestled with its dual identities: Cradle of the Confederacy. Birthplace of the Civil Rights Movement.

Montgomery was also the setting of one of the most active slave trading sites. At one point, there were more slave trading spaces than churches and hotels, according to the museum.

As a state, Alabama had 361 lynchings in the seven decades following the Civil War – the period that EJI’s staff studied. Its neighbor to the west, Mississippi, had nearly twice the number of extralegal killings. Georgia and Louisiana had 590 and 549, respectively.

“I think most people are going to be shocked by what they hear, what they read, what they see,” said former Alabama governor, Don Siegelman, who attended the opening day events. “I don’t think many people – myself included – were aware of the magnitude of the terror and murders that went on.”

Siegelman said he believed the memorial would succeed in bringing greater awareness of the need to fix the country’s criminal justice system.

In the museum’s words: “The criminal justice system remains the institution in American life least impacted by the Civil Rights Movement.”