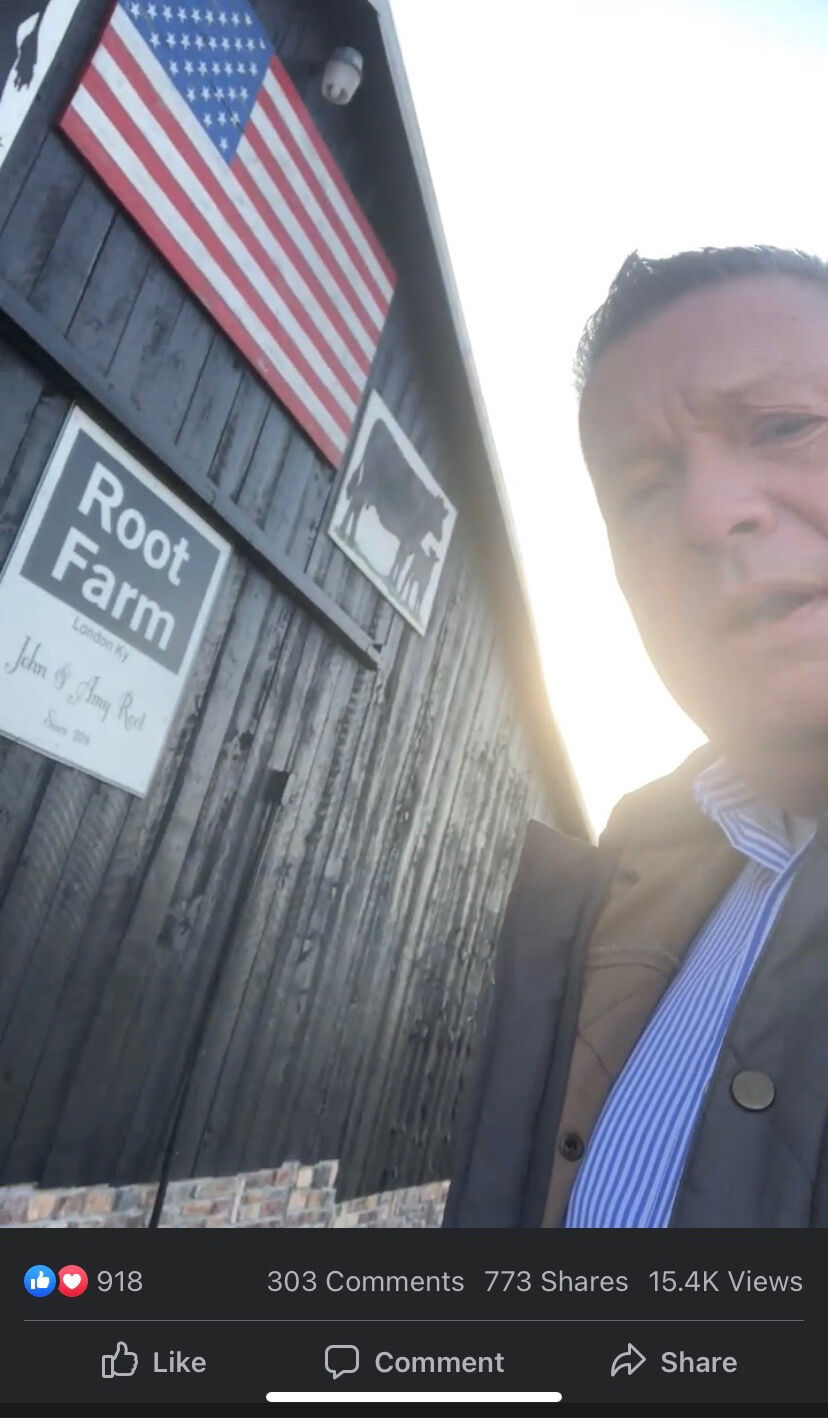 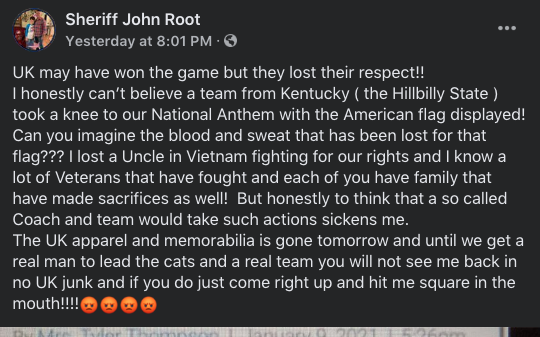 Laurel County's sheriff and jailer recorded a video on Sunday of the two burning University of Kentucky shirts in response to the basketball team kneeling during the national anthem in Saturday's game.

Laurel County Sheriff John Root had posted the video of him and Jailer Jamie Mosley to his personal Facebook page Sunday. The video is no longer posted publicly on his Facebook page.

"This is what I kinda think about it, the disrespect that was showed last night to that flag right there, any flag in Laurel County and the disrespect to our veterans and this is what I think of the program, Coach, until you can get these guys under control and lead by example, here's my shirt," Root said in the video.

Mosley threw his shirt in also.

Mosley then explained the two had talked and listened to some of the comments people had about the burning of clothes some people are in need of, so they decided to give away Back the Badge, thank a first responder T-shirts they had in exchange for people wanting to get rid of their Kentucky gear.

The video had over 15,000 views around 8:30 p.m. Sunday before it was removed from public viewing.

The video was made in response to the Wildcats’ decision to take a kneel prior to Saturday’s 76-58 win over the Florida Gators. The UK players decided to kneel in order to peacefully protest against the ongoing injustices happening across the country.

Root had also posted on Facebook after the game on Saturday:

"UK may have won the game but they lost their respect!!

"I honestly can’t believe a team from Kentucky ( the Hillbilly State ) took a knee to our National Anthem with the American flag displayed!

"Can you imagine the blood and sweat that has been lost for that flag??? I lost a Uncle in Vietnam fighting for our rights and I know a lot of Veterans that have fought and each of you have family that have made sacrifices as well! But honestly to think that a so called Coach and team would take such actions sickens me.

"The UK apparel and memorabilia is gone tomorrow and until we get a real man to lead the cats and a real team you will not see me back in no UK junk and if you do just come right up and hit me square in the mouth!!!!"

Mosley said if people feel the same way he and Root do, they can bring their UK gear to the Laurel County Correctional Center on Monday to receive a Back the Badge T-shirt. It will be on a first-come, first-serve basis.

"I expect they're going to go fast," he said, noting that it was a form of protest. The clothing brought to the jail will be donated to a local homeless shelter or those in need.

In Coach John Calipari's post game press conference, he said the team leaders told him the team wanted to kneel during the anthem and asked for him to participate so he did.

"I think again, it’s something that speaks for itself," Calipari said. "These kids are good kids. They care about this country and all of the other stuff. They’re trying to figure out life and making statements that they think they have to make. I want to listen to what they’re saying and then I’ll support them if they want me to be there. If they said that we’re good by ourselves, I probably wouldn’t have been out there.”

Keion Brooks, a sophomore on the team, said in his post game press conference that the team wanted to take a stand against what they are seeing in the world today.

“There’s a lot of stuff that goes on every day that we knelt for," he said. "The Capitol, that stuff had a part to play in it, but there’s some other things that we don’t see that go on every day that are unacceptable and that we want to take a stand against.”